Okay, so you may think I’m a little crazy here…  Or, if you’re my wife, you’ll think I’m a lot crazy.  You see, it all started 2 years ago.  I started to get this excruciating pain in my left foot that felt like someone was stabbing me in my arch.  Then, the pain moved to my heel.  Eventually the pain moved to both heels and I could hardly walk down the steps in my house without wincing in pain.  A foot and ankle doctor told me I had Plantar Fasciitis, some sort of tearing under my feet caused by overuse.  So I decided to adapt and overcome. 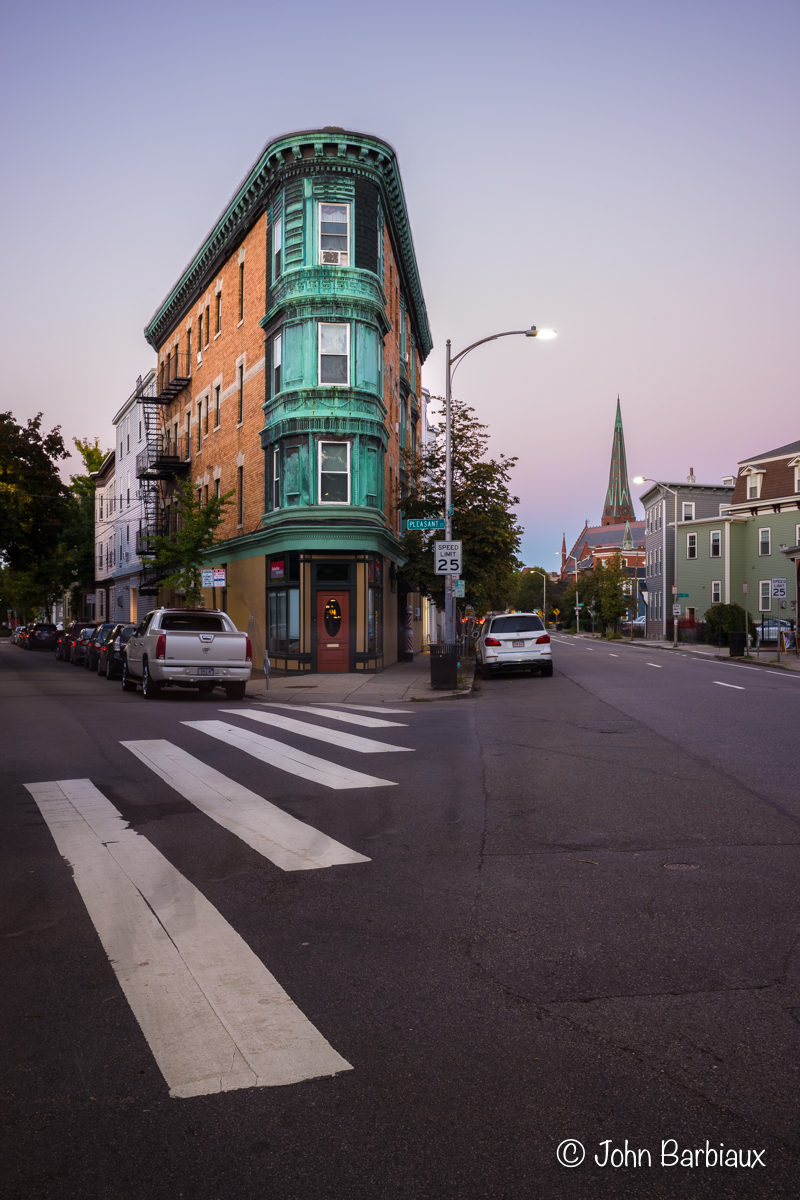 Using the Boosted Board in Boston to get to areas I’d have never walked to or paid to Uber to without knowing what was there gave me an opportunity to photograph this beautiful mini Flat Iron looking building.

First, I bought an expensive bike with the idea that I would bike all over the city and capture the images I wanted.  Unfortunately, throwing a bike in the back of my SUV is simply a pain and I just didn’t do it…  Similar to what I hear from photographers who refuse to carry their tripods around.  Then I thought I’d just suck it up and push through…  My feet got worse and I began to avoid photography.  Then Venice Beach happened…

I can remember the exact instant that I decided I would try an electric skateboard to get me from point a to point b while doing photography.  I was walking on the pedestrian path between the Santa Monica Pier and Venice Beach when a guy about my age zipped past on his Boosted Board while I slugged along with my stupid Plantar freakinitis.  I thought how great it would be to be able to zip around while the sun was setting and squeeze out a few extra locations before the good light escaped me…  Pain free.  That was it, I had to give it a try. 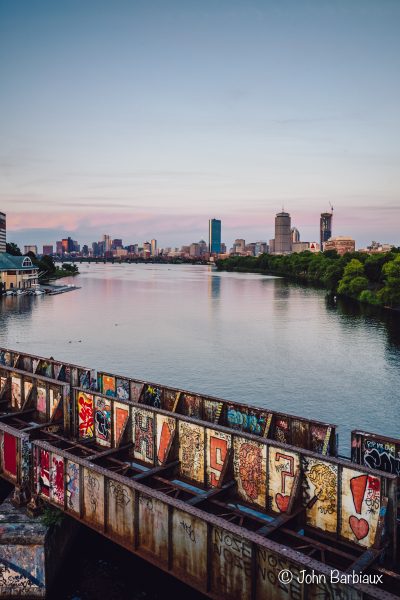 Like any investment, I was indecisive.  I kicked around purchasing a Boosted Board in my mind for the better part of two years.  I would visit Best Buy every once in a while and see the Boosted Board on the shelf and imagine how nice it would be to get around the city with no foot pain but ultimately I’d talk myself out of spending the $1,000+ on something I was just not sure I’d use (or survive).  Then, I took the dive.

A few months back Boosted announced they were coming out with a new line of boards and one of them, the Stealth, caught my eye.  I finally pulled the trigger, though I almost cancelled my order a half-dozen times, and purchased the stealth board.  At this point, I’m 36 years old (apparently that’s middle age according to USA Today article I recently read).  Oh…  And my only experience riding a skateboard was to clumsily push myself back and forth in my parents garage when I was about 10 or 11 years old.

I wish I could say it was all lollipops and rainbows from there on out but, like anything, there were additional challenges.  Skateboarding is fairly dangerous and I highly recommend you take all precautions to avoid spilling your brains all over the pavement.  Be aware though, you can take all the precautions you want but it doesn’t always protect you from other people’s stupid.  For instance, while working on a project in Boston I was riding down the road in the bike lane when a dumb-ass in a Jeep Wrangler got impatient and veered out of his lane, into the bike lane, and bumped me off my board while I was going about 10 or 15 miles an hour.  Thankfully, I was just bruised up a bit (both my leg and my ego) and was able to hop back on the board, of course the Jeep kept going.

The Boosted board is all but perfect for covering as much distance as you can in a limited amount of time (think about the Golden hour…  The irony is it’s never really an hour, it feels more like the Golden 10 minutes).  The biggest challenge is the planning that needs to be done since you can’t exactly chain your skateboard to a lamp-post and grab some dinner.  Sure, you can take it into a restaurant and stow it near the coats if you trust that someone won’t walk off with it but that doesn’t solve anything.  There are plenty of times I board to an interesting area and want to take my time walking around.  The only solution I’ve found is to put it in a skateboard backpack and wear it but that’s a little tough if you’re already wearing a camera bag.  Doable, but tough.

Come hell or high water I’ll be out and about with my camera.  For now, the Boosted Board is one of the best ways I’ve found to get around the town or city in an efficient and fun way.  As I conclude this article, which I started months ago, my feet are almost pain free.  Even as the pain finally subsides (2 years later) I look forward to warmer months so that I can break out the board and hit the streets.

Feel free to follow me on Instagram @PhotolisticLife and/or leave your thoughts in the comments section below.  What lengths have you gone to be able to hit the streets with your camera?

Written By
John Barbiaux
More from John Barbiaux
Wise men speak because they have something to say; Fools because they...
Read More
0 replies on “Using A Boosted Board Electric Skateboard To Photograph The City”