Nikon has released the D850, an upgrade to the D810 that I have been using for some of my larger projects.  Initially I had no desire to upgrade as the D810 is a perfectly capable camera but with promises of better high ISO capabilities and low light auto focus locking I thought it worth checking out.  I received my D850 from the fine folks at Amazon and dropped a fresh battery and SD card into it before hitting the streets of Pittsburgh.  Below are my initial thoughts and images.

A full review of the Nikon D850 is coming at the end of September.  I will be putting the camera through its paces through September along the coast of Maine, ending in Acadia National Park.  Please let me know if you have any questions in the mean time.

The D850 is about the same size as the D810, a little heavier but not noticeably so.  Nikon did away with the built-in flash which, for my purposes, is great.  Practically speaking, eliminating the flash makes the D850 a little more weather resistant than cameras with a built-in flash and was needed to increase the viewfinder magnification to .75x I’m told.

Disclaimer: PhotolisticLife does not receive early access to cameras in exchange for favorable reviews.  Further, aside from the occasional camera strap, I don’t review anything that I don’t buy for use as a professional photographer.  The reviews on PhotolisticLife are stripped of fan-drool (instances where a reviewer all but sings a love ballad over a camera because they love the brand with all of their heart) and serves a healthy dose of reality. 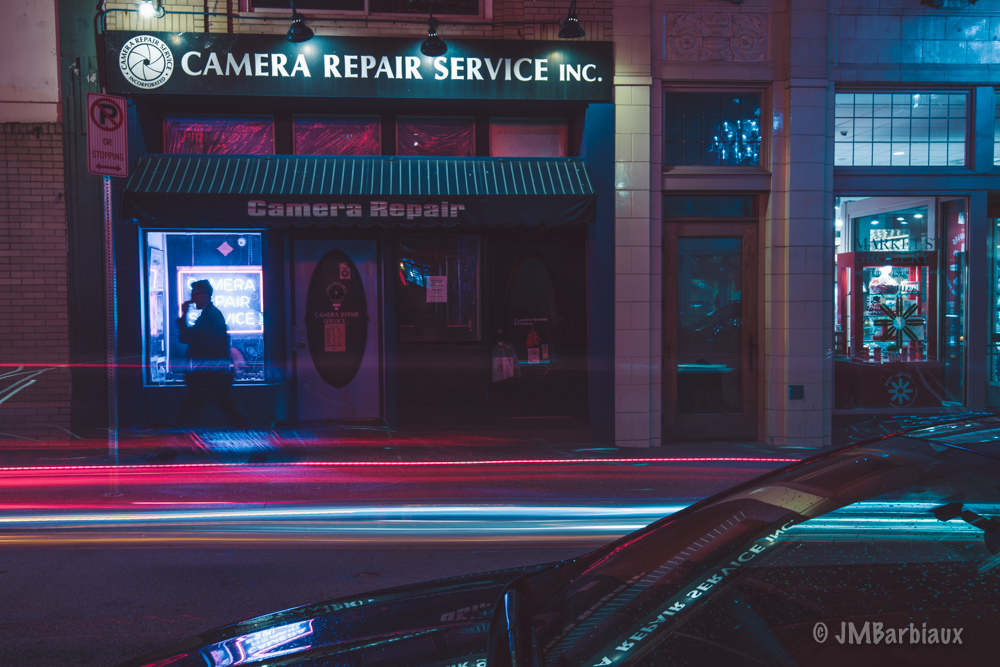 Why Did I Upgrade From The D810

The first thing you notice when you pull the D850 from its bubble wrap blanket is that it look like a…  D810.  It’s incredibly similar in that I had to do a double take to make sure my friends at Amazon didn’t simply cover over the D810 sticker with a D850 sticker.  Once you take a closer look you’ll notice small changes here and there, but most noticeable is the lack of a built-in flash, the articulating LCD, and few extra buttons.  The ISO and mode dial were swapped with each other as well.

There is no discernible difference between holding the D810 and the D850 in your hands with a lens.  I immediately affixed my Nikon 16-35mm f/4 lens (the worlds best landscape lens) to the camera, as it’s probably the lens that will spend the most time attached to the D850, and it didn’t feel any different from the D810 with the same lens (I had just pulled it off the D810 seconds before).  I’ve read a number of early reviews stating that the D850, although being almost identical in size and weight to the D810, was magically easier to hold and endure for an entire day of shooting but, as I suspected, you’d be really hard pressed to notice a difference.

The D810 was never a problem to hold onto as it’s probably one of the most comfortable cameras to carry at its weight class, and the D850 is no different.  There is a small change in the ergonomics of the camera but as I said, most won’t notice much of a difference aside from the occasional consumer who’s determined to…  Where we sometimes tell ourselves something is so much better just to justify shelling out over $3,000 for our purchase (newer is always better, right?).

Make no mistake, the D850 is a workhorse of a camera.  This is not the best camera to hang off your neck like a tourist and take cutesy shots of pretty shops and interesting street performers.  You’ll end up with a sore neck and a bunch of HUGE travel photos clogging up your computer’s memory.  You can certainly use this camera for just about everything including nailing in nails with its magnesium body (don’t actually do this), but using it for a daily snap-shot rig would be similar to using a sledgehammer to drive a picture frame nail into your wall…  It can be done, but it’s overkill.

The image quality is every bit as good as the D810 and then some.  Low light images are cleaner (lower amounts of noise) and have a little more dynamic range.  High ISO images were incredibly pliable in post processing and looked great.  The image below is proof that the high ISO settings on the D850 aren’t simply marketing stats. 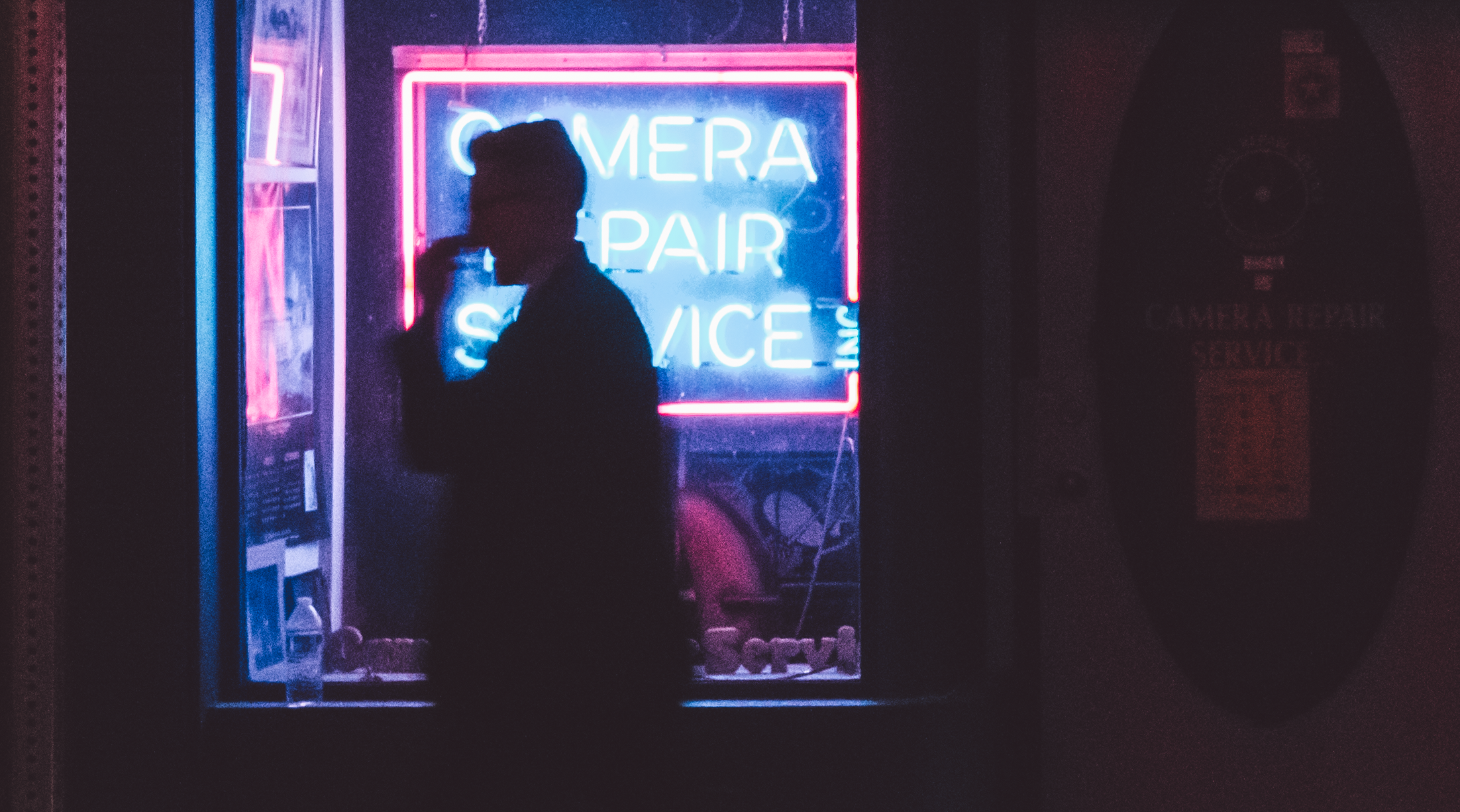 It’s interesting to me that full frame cameras are considered professional cameras since they would be ideal for amateurs who may make mistakes in regards to exposure (the massive amounts of dynamic range allow photographers to recover highlights and shadows that would otherwise be lost with lesser cameras)…  I’m sure it has everything to do with the higher cost full frame cameras demand.  Which begs the question, at what point does someone need a full frame camera?  “Need” can be a relative term here but I would say that once you’ve hit the limits of whichever cropped frame camera you are using you can choose to embrace the limitations and use them as “creative limitations” or upgrade to a camera with a larger frame and more features…  But I digress.

Note:  The image at the top of the article (manhole cover) was taken at ISO 8000 and has zero noise reduction applied.

Have you ever seen those bumper stickers that say something like “my other car is an airplane”?  I feel like my bumper sticker would say “my other camera is a Nikon” as I shoot with a Leica 95% of the time.  The Nikon comes out for a few main reasons; I either need a camera I can beat the snot out of or I need the extra megapixels to create images like the 30 foot long panoramas I created for the Union Trust Building in Pittsburgh.  Another reason would be if I’m going to shoot solely landscape or urban landscape images…  I find the D800 series of cameras the absolute best and most versatile cameras to tackle this kind of work (available lenses, battery life, ease of use, etc. all taken into account).

The D850 has temporarily shelved my other bodies as I’m having a blast pushing this camera to the limits.

Notice:  All images are post processed.  Because I shoot in RAW I don’t share images without post processing.  In my opinion, doing so would be similar to scanning film without processing it first.  In addition to the SOOC images looking flat and boring, I believe showing post processed images is more representative of a cameras potential which is what I look for in a review and want to share with readers.

Stay tuned to PhotolisticLife for the full review of the Nikon D850 where I’ll share a large number of sample images and my impressions of the camera after using it for nearly a month.  Please feel free to share your thoughts in the comments section below.  Thanks for reading.

Written By
John Barbiaux
More from John Barbiaux
Photography is a touchy subject for some, there are a few out...
Read More
One reply on “The Nikon D850 Initial Review”