First thing first, I promise the title was not a “click-bait” title to lure you into this article just to read about the same tips you’ve read a hundred times.  I’d like to share how I overcome the fear of approaching strangers and taking their photographs, secrets that nobody else is writing about (that I’ve read).  You see, the tips you normally read about (photograph from a distance, pretend you’re photographing something else, ask permission) are all well and good but they aren’t 100% effective or instantaneous.  My tip works 100% of the time and it works immediately.  Ready?

We Are Going To Die Soon

Heavy, right?  Look, I don’t want to be Debbie Downer (sorry if your name is Debby, but I didn’t make that up, it’s a pretty common saying) but it is true.  Relatively speaking, we are all going to die soon.  Whether it’s 10 years, 30 years, or 60, it’s a speck of sand on the beach of time (now that I just made up).  We get just a tiny moment in history to do all the things we dream of, the things we were destined to do.  Your life is quite literally a flash of lightning in time, here one second and gone the next.

When I was in my early twenties I found out I had Melanoma.  This was about the same time I found a lump where guys don’t want to find lumps.  Out of fear and a dash of ignorance I thought the best approach was to pretend like nothing was wrong.  I would wake up every morning and pray that it was nothing and again before bed.  I lived in fear most days.  I used to tell people, half-joking (but really serious) I didn’t expect to live past 30.  This went on for two years. 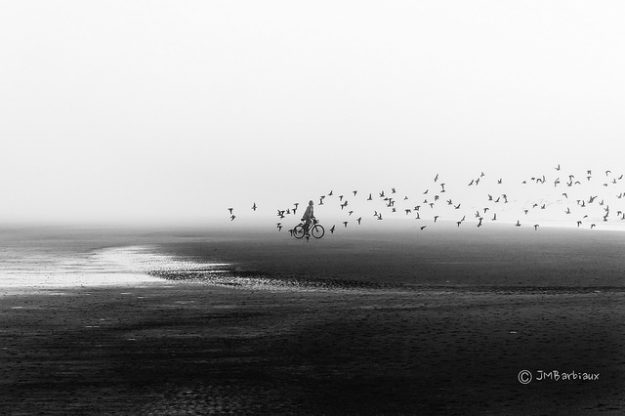 I don’t know what finally prompted me to go to the doctor and tell them about the secret lump or the sketchy mole, but I did.  My prayers were answered and the Melanoma was caught in time (I have a scar that looks suspiciously like my plastic surgeons initials though).  The lump turned out to be something benign and I was given a clean bill of health.  Sort of.  The doctors say once you have Melanoma your chances of getting it again increase.  This is something I live with.  That is my secret to having no fear.

Not to be a cliché but I guess what I’m trying to tell you is to live (photograph) like you are dying.  My secret to being able to photograph whatever I want without fear, literally 100% without fear, is knowing that my life is not my own.  I may not get another chance to wake up, grab my camera, slip on my shoes, and feel the morning dew on my face as I wonder down streets I’ve never wondered down or photograph moments that only happen once in a lifetime.

Too deep for you?  That’s okay, you younger guys probably still think you’re invincible.  The secret below worked for me when I was invincible too. 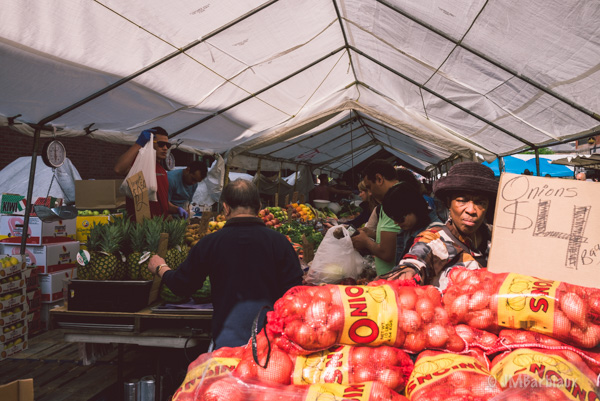 Have you ever heard this saying before?  Here is how it applies to your approach to street photography.  In order for you to be a successful street photographer you have to create images that move people…  This usually means that you aren’t taking fearful shots of the backs of people heads or of the random stranger walking past a colorful wall or catchy billboard.  If you fail, however, 80% of the people who know you just won’t care and the other 20% will simply be glad it wasn’t them (perhaps we could allow a 1% margin of error for immediate family that rely on you to succeed). 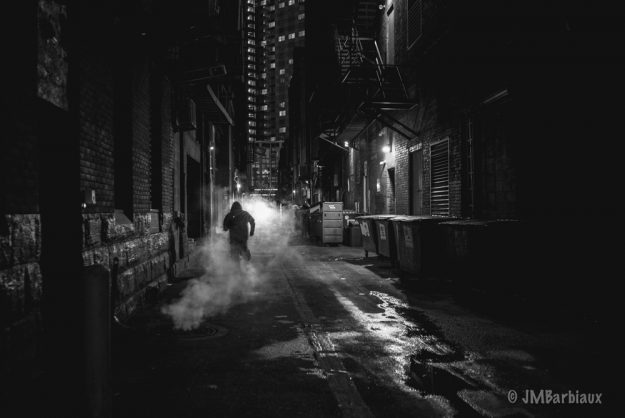 How does this help you?  This should freaking motivate you.  Nobody is going to take these photographs for you.  Nobody cares if you succeed at your passion.  You are the only person that has any power to make yourself successful.  And guess what?  If you fail, it is 100% your fault.  Sorry, that is life.  So you can either let a little fear keep you from reaching your potential or you can let the knowledge that nobody is going to care if you succeed light a fire so fierce in your belly that you throw caution to the wind and take that shot.

*There are exceptions to every rule…  I know my parents and wife always cared whether I was successful.  I also know they were not responsible if I failed.

So, next time you head out with your camera remember these two things; First, you aren’t going to live forever so say screw it and take the photos you want to take while you can take them.  Second, nobody is going to take these photographs for you, strangers you photograph aren’t hoping their photo you took is going to propel you into Instagram fame, you are literally on your own here.  Own the fact that 99% of the people out there couldn’t care less whether you are successful or not (interestingly there are a large amount of people that hope you aren’t, that’s a conversation for another day).

Use this information next time you find yourself hesitating to take a shot.  If you knew you were going to die tomorrow would you still hesitate to take the shot?  Feel free to leave your thoughts in the comments section below.

Written By
John Barbiaux
More from John Barbiaux
Hello friends, I’m going to share with you my approach to continually...
Read More
4 replies on “The Best Ways To Overcome Your Fear Of Street Photography – That You Haven’t Already Read”