Bokeh is that beautiful swirly, sometimes soft and buttery, looking light in the out of focus area of a photograph.  It’s created by opening a lenses aperture and focusing on a subject that is relatively close to said lens (I’m sure Wikipedia has a much better definition if you’re still hazy on what it is).  Using bokeh to create interesting photographs out of otherwise uninteresting subjects is one of the first things a photographer learns with their DSLR (or SLR for you film nuts out there). 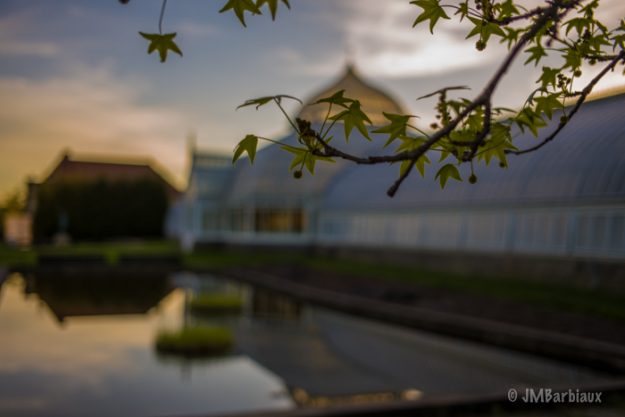 Bokeh is beautiful, I’ll give you that.  But if you shoot everything wide open and you can’t remember the last time you shot f/8 or narrower I’d challenge you to test your abilities to do so.  You see, everything we do in photography influences our overall abilities.  If we focus on one thing too long then we tend to forget or “get rusty” in other areas.  This flies in the face of the old opinion that you ought to pick a style and stick with it if you want to be successful, as it should (I’ve proved this wrong time and time again and would counter that it’s probably the dumbest thing an aspiring photographer could do).

Notice:  This article is in no way telling you that bokeh is bad.  If you take one thing away from reading this it should be that focusing on one style or effect in photography over and over again is the problem.  Bokeh just happens to be the one that many people overuse at the expense of growing as photographers.

Maybe you’re reading this saying to yourself “hey man, I make lots of money off of my bokeh shots”…  I can’t argue with that, I’ve made lots of money off of them as well.  People tend to like the surreal effect that shooting wide open can have on otherwise ordinary subject matter.  But I can also attest to, from my own experience, that shooting wide open like this can be a crutch that we lean on instead of further developing our abilities to create dynamic images without visual trickery.

In fact, I was recently working on a project in Charleston, South Carolina where I was walking up and down each and every road, alley, and pathway I could find.  It was the end of the four days I allotted to working on said project and I was getting exhausted (it had been raining for the last 48 hours which didn’t help).  As I was walking down the sidewalk I felt like I had not taken a shot in a long time and nobody else was dumb enough to be walking around during the ensuing rain storm so I started shooting some features of the ornate driveway gates with my lens wide open…  I had regressed to the crutch that is bokeh instead of trying to muster up the cognitive energy to put together a decent photograph. 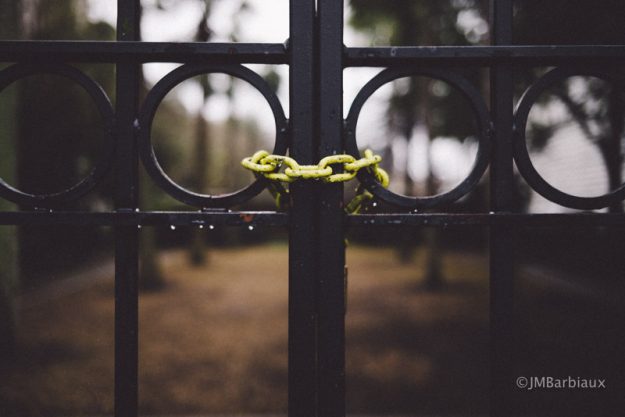 Proof that every photographer gets lazy from time to time.

Finally, I wanted to leave you with some food for thought.  On a recent project I worked on for an art firm the owner said something that really resonated with me.  He said that he does not like to work with photographers who create work that he himself could do and that is why he had contacted me.  Take that how you will but I couldn’t agree more with him.  I myself would not hire someone to put a brick wall up in my studio because I was perfectly capable of doing it.  I did not hire someone to build a seat in our bay window for my wife and son to watch the cars drive by because I could simply do it myself.  Consider this as you build your portfolio and determine the type of images you want to create.

Of course, there is the old Modern Art saying:  Modern Art = I Could Have Done That + Yeah, But You Didn’t…

Feel free to share your thoughts in the comments section below.

Written By
John Barbiaux
More from John Barbiaux
Rust is inevitable, something you own has rust on it or will...
Read More
3 replies on “Are You Letting Bokeh Stunt Your Growth As A Photographer”