The middle of the afternoon, when the light is harshest it can be difficult to create effective photography no matter where you are shooting.  The beach can be even more challenging considering many beaches do not have large buildings or trees that cast shadows that can diffuse the harsh afternoon sunlight.  Instead, you are left with hard shadows, blown highlights, or underexposed areas due to metering off of the bright sand or reflective water.  However, there are a few simple tricks to get the most out of your afternoon beach photography.

This article (and images) was inspired by the Italian born photographer Luigi Ghirri and his minimalist approach to beach photography…  Well, that and my inability to sit still on the beach for more than about 10 minutes.  His subjects are similar to things that William Eggleston would have photographed if you ask me.  These aren’t the type of images that need hours of post processing or multiple lens filters to tell their story.  Most of his images are simply composed and contain rather ordinary subjects, but the genius was in how they were simply composed or from what angle they were shot from.  I’m always amazed by photographers who can turn rather ordinary subjects into pieces of artwork. 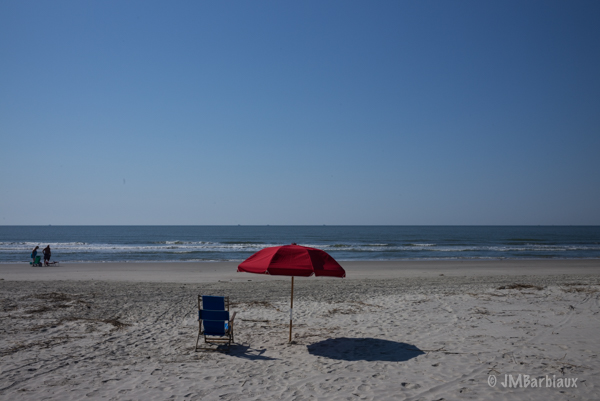 First, let’s take a look at a photograph “properly” metered on the beach in harsh light.  Then we will talk about three ways to create a great image out of one like that.  You see, the camera is going to meter a little dark just like if you were shooting in highly reflective snow.  Therefore, the image above that was metered according to what the camera thought it ought to be looks terrible.  Now, take a look at the properly exposed and composed image below: 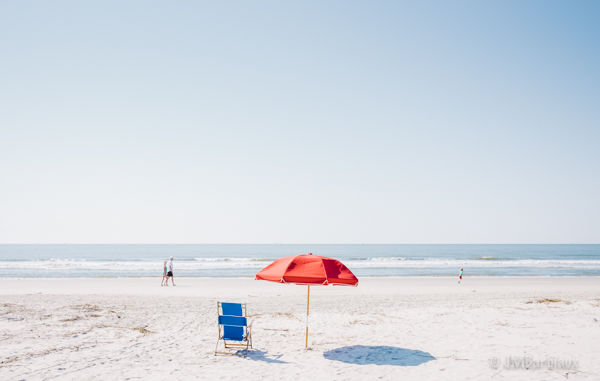 You might look at this image that I call “properly” exposed and consider it overexposed in relation to what you normally shoot and of course you are entitled to your opinion.  However, I would argue that anything less would detract from the simple composition.

Though the image above looks overexposed I assure you I have not clipped the highlights in any way.  By pumping up the exposure like this you eliminate the distracting shadow areas.  Sure, there are still shadows but they are less prominent and don’t pull viewers away from the obvious subject matter. 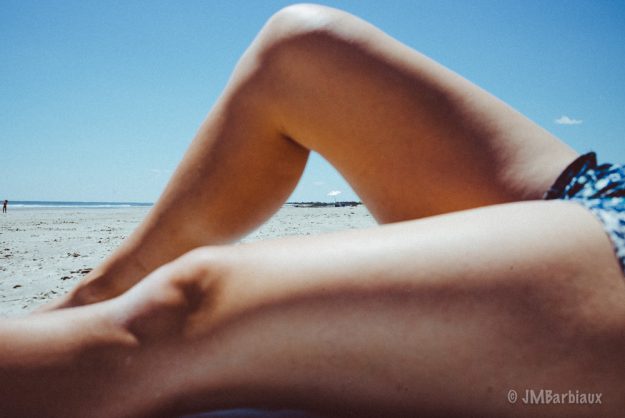 When shooting in less than ideal light it’s best to embrace the circumstance rather than try to alter it with multiple lens filters (think graduated neutral density filter or polarizer).  I find both of this methods render a sky that looks unrealistic and take focus away from potentially great subject matter.  Instead, focus on finding subjects that stand out from (contrast) the background.  This is something I learned most about shooting street photography and trying to isolate interesting subjects from an incredibly distracting background (think busy street sidewalk).  The same approach is very effective on the beach whether it is crowded or not. 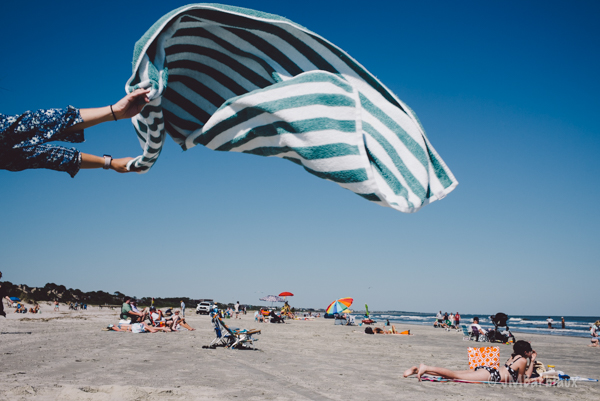 If you found this article because you searched “what to photograph on the beach” you would not be alone.  If you have visited the beach many times over your life things start to seem rather ordinary.  Beach balls, buckets, shovels, umbrellas, and towels strewn every which way.  But imagine if you had never visited the beach in your life…  How odd would it be that a bunch of half-naked people are all lying around on bright-colored towels under massive umbrellas.  Photograph as if none of it is ordinary, as if you have never visited a beach before. 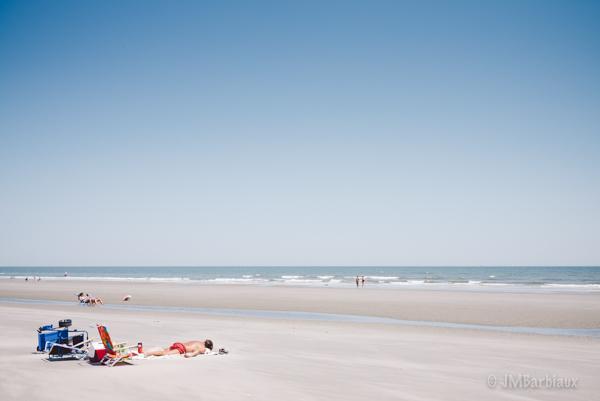 The image above…  Is he dead?  Passed out?  Only at the beach….  Photograph as if you have never seen a beach before and I assure you that you’ll walk away with some really interesting photographs.

What are your best beach photography tips?  Feel free to leave your thoughts in the comments section below.  Thanks for reading!

Written By
John Barbiaux
More from John Barbiaux
Visiting the beach is a blast… the smell of salt in the...
Read More
0 replies on “3 Photography Tips For Shooting Beach Photography In Harsh Light”