Just recently I was talking with friends about how uninspiring it can be to take photographs that have been taken time after time…  After time.  The common images we were referencing were ones of the Pittsburgh cityscape, one of the most recognizable cityscapes in the world.  Yet, when I woke up the other morning and saw that the weather person was calling for fog until noon I hopped in my car and headed to Mt. Washington to photograph the city.

The crazy thing is, Mt. Washington is not only a common spot for locals and visitors alike to photograph the city, it is the most popular place in the entire area to photograph the city.  So why in the world would I do the exact thing, that just the night before, I was pooh-poohing.  Fog. 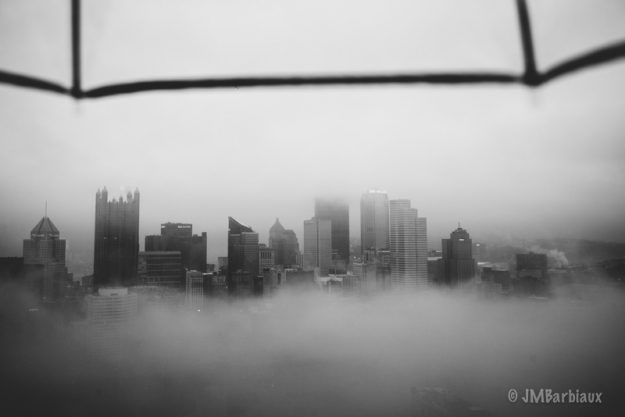 Anytime I see or hear there will be fog, just about wherever I am, I will grab my camera and go to work.  Fog has a way of isolating subjects so that even ordinary things look interesting.  I have seen plenty of photographs of Pittsburgh from this angle but never quite like this, that interests me. 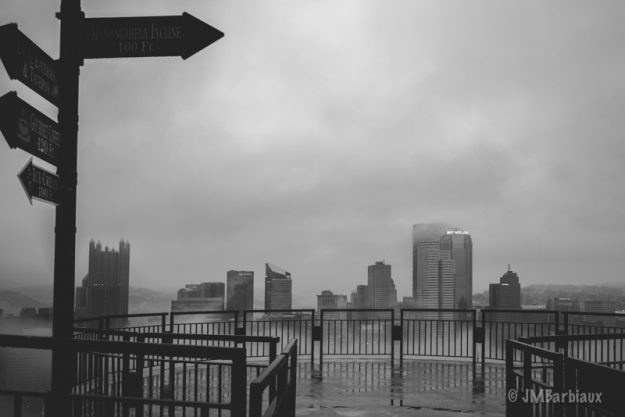 There you have it, the fog made me eat crow (a saying meaning I did the exact thing that I said I wasn’t interested in doing, I did not actually eat a bird).  Of course, this isn’t a new concept…  Sometimes I feel like God has a way of telling me to simply shut up and go to work.