Did you know, you can contact me with your questions here on PhotolisticLife.com?  Recently, I was asked if cropping “makes me a bad photographer?”.  Have you ever wondered that?  I would be surprised if anyone has not, at some point, felt a little dirty as they cropped their images.  If you’ve read a good share of books about photography I’m sure you’ve come across the occasional “I never crop my images, I get it right in my camera” comment.  So, let’s put this debate to bed shall we.

If you are a professional photographer selling his or her work through various mediums you are, at some point, going to have to crop an image.  I’d love to be a bug on the wall when a photographer turns down a well-paying commission because the art director asks them to crop their photograph to fit the available space.  I can’t tell you how many times I’ve had to work with printers to decide what part of an image I could live without while still maintaining the visual balance and integrity of an image.  It’s not always ideal, but that’s life.

When Should I Crop

You should crop an image whenever your little heart desires it.  I just read about a photographer who stated they don’t crop images because “they look like cropped images”.  I can guarantee you, if you aren’t creating odd shapes with your crop, nobody is going to be able to tell which images are cropped and which are not.  Kudos to that photographer for having a super power, though I’d have opted for something like flying or invisibility.

When Isn’t It Alright To Crop

What is outside of your frame is sometimes just as important as what you capture in it.  If you crop something important from a documentary photograph you may greatly alter the story.  Photojournalists and street photographers have to be much more careful about if or when they crop an image.  Here is where I would probably argue that cropping isn’t a good idea, unless the image is being used as fine art rather than documentary…  Personally, I never crop my street photography.

With that being said, you could easily argue the opposite.  Nothing says a photographer can’t capture an image in a way that it cuts out really important details of an event without even cropping.  It happens all the time.  So is cropping worse than purposely creating an image that only tells a half-truth?  You decide.

Though I hardly ever crop, I don’t think one should shy away from it because someone else has decided it’s evil.  I think cropping should be in your tool belt along with whatever other post processing tools you use to squeeze the most potential out of your photographs.  Aside from photojournalism, if you see a beautiful photograph within another photograph then I think you are crazy for not pulling it out simply because you adhere to someone else’s self-imposed constraints.

With that being said, cropping won’t normally turn a bad photograph into a good one.  It can, however, make a good photograph better in some circumstances.  The same image as above looks much better when cropped (below). 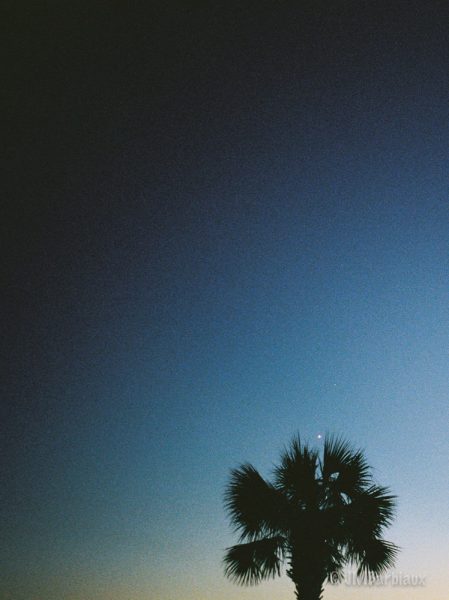 Written By
John Barbiaux
More from John Barbiaux
Photo by Guillaume When photographing in low light the first rule everyone...
Read More
One reply on “Is Cropping Your Photography A Bad Habit?”