It’s getting late, I’m tired, I’m thirsty, I’m hungry, and all I want to do is pack it up and get home to my comfy man cave…  Sound familiar?  Maybe it’s a woman cave in your case.  Unfortunately, if I’d have caved as soon as my body told me it was time to kick back and relax I would have missed all the best shots.  For this article I visited the Phipps Conservatory in Oakland right outside of Pittsburgh to spend the evening studying light and creating images.  Here is what I found… 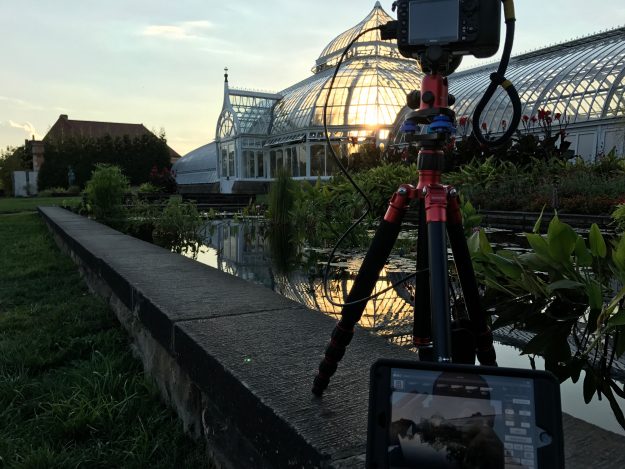 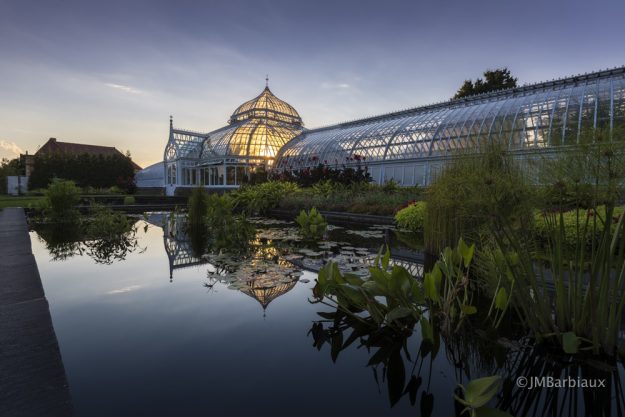 The shot above took roughly an hour to complete.  I waited for the sun to drop to the perfect spot within the dome of the conservatory so that it lit it up but also created a star burst when the bright light was split by one of the metal beams that supports the dome.  Before I got to this spot I spent time photographing some of the flowers in the small ponds to pass the time while I waited for the sun to get into position.

Before settling on the shot you see above I had spent about half an hour walking around the building looking for interesting foreground elements and lighting.  Even between taking many of the shots of the glowing dome I would walk to the other side of the conservatory to see how the light was interacting with the scene.  The total number of shots I took to walk away with about 3 usable images was roughly 250.  I could have walked away with about a quarter of that (about 62 shots) but I spent some time testing out the focus stacking and HDR capabilities of the CamRanger

WIFI connector I use for serious landscape photography. 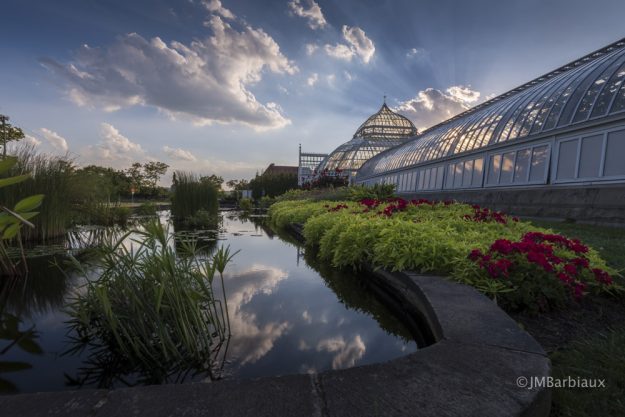 After the sun had dropped below the dome I stuck around a while longer and was treated to the light rays as the cloud split the light passing through it.  This is when I felt I had captured everything I wanted but in the back of my mind I thought that if I left I would probably miss some amazing sunset…  So I stuck around. 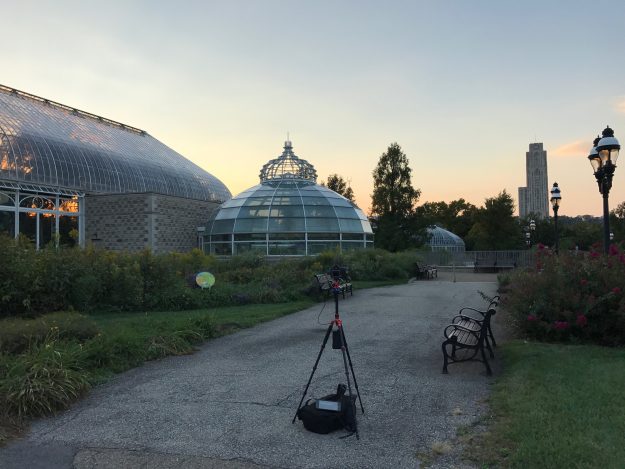 Once I felt I had exhausted the interesting light where I started I moved towards the front of the Conservatory and began taking shots and moving to different angles to take more shots.  Often the quality of light is just as important as the composition and simply moving a few inches or feet can make a huge difference.  The image below was taken shortly after sunset after the sky had turned deep blue and their were hints of magenta along the horizon.  I used a 6 stop ND filter to create leading lines with the clouds to draw viewers eyes through the image. 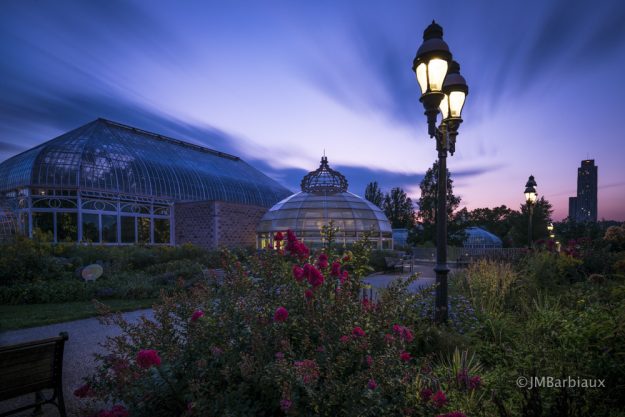 As you can probably see, I moved further to the right because I wanted something in my foreground that would catch viewers attention while the conservatory roof, lights, sidewalk, and clouds all create a leading line that pulls viewers through the frame.

When I first started shooting landscapes I would try to move and capture as many scenes as I could during a sunset, instead of focusing on really nailing it from one area.  What I’ve learned in the years since I started is that I can create one really great shot by sticking around for an extended period of time rather than capturing many mediocre shots by hopping from spot to spot.  The other benefit of spending an extended period of time in one location is that you learn how the light paints the scene to squirrel away in your mind for the next time you want to photograph the same subject.

The quick answer to how long you should work a scene is as long as it takes.  Get there early and leave late.  I can’t tell you how many times I’ve got my tripod set up and I watch as photographers stop, notice the scene, take a shot, and move on before the light is right.

Written By
John Barbiaux
More from John Barbiaux
The Photo Journal is where we will feature one of your (the...
Read More
One reply on “How Long Should You Work A Scene – Phipps Conservatory”