Getting attached to camera gear has never been something I worried about, I had a bit of Gear acquisition Syndrome (G.A.S.) when I first started getting passionate about photography…  I attributed that to my search for the perfect camera for me.  If you followed PhotolisticLife for the last 3 or 4 years you’ll know that I finally settled on the Nikon Df

as my perfect camera.  I would still recommend it as my favorite street photography, landscape, and just about everything in between (except video of course, the Df does not waste precious time on moving pictures) camera to the aspiring photographer.  I literally built my photography business with the Nikon Df.  Fast forward to today in a world where clients want images that span from the floor to the ceiling or panoramic images that span the entire length of hallways and you’ll start to feel like the 16.2MP sensor the Df packs is a bit on the anemic side. 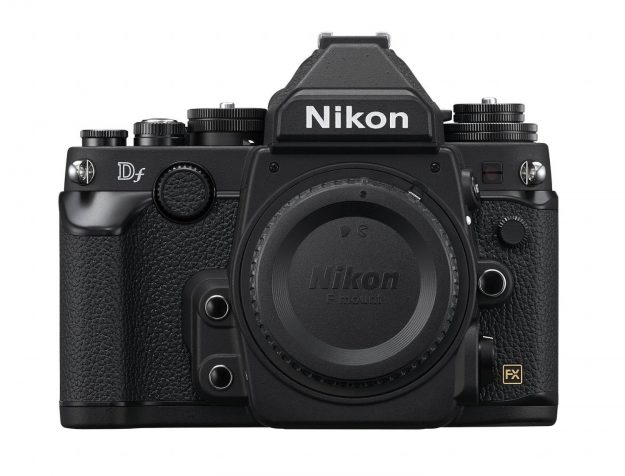 My initial solution was to shelf the Df until after my project was finished but then another project came, and another, and another…  It seemed as if my love affair with my Nikon Df was over.  I had a decision to make.  Do I keep the Df for sentimental value or sell it while it’s still worth a significant value?  Honestly, this was an incredibly difficult decision because of the stupid sentimental value the camera has to me and the fact that I still believe it to be an excellent tool.  After a ton of mental deliberation and some back and forth with my wife (she is a mom now, and if there is one thing I learned growing up it’s that moms are never wrong) we agreed that it made sense to sell the Df while the value was still relatively high.  So that is what I’ll do…  Someday…  But not today…

Though it’s going to be incredibly difficult when and if I have to pack up the camera when the email comes letting me know someone is ready to adopt it into their caring home, I’m comforted by the fact that there may be a new Df on the horizon next year (rumors).

So why the Leica?

The reason I bought the Df was because of it’s relatively small size, retro look, and incredible image quality (it’s like the camera sees in the dark).  So I wanted to replace it with a camera that fit into most of that mold, I needed a good travel/street photography camera that could bridge the gap between selling the Df and possibly purchasing a newer Df next year (if it’s got the megapixel count that will make it viable for the professional work I enjoy doing).  SOLD.  At the end of the day, I need my gear (whether I’m using for a shoot or for enjoyment) to be able to produce images that can be used for all types of work.  In a perfect world a 16MP image could be blown up to 10ft x 10ft without losing image quality…  It can not, I’ve tried. 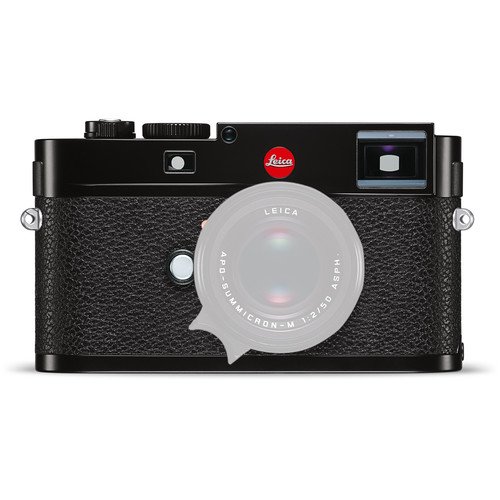 Leica and I have had a bit of a rough relationship in the past.  If you took the rangefinder experience and implemented it into something like the Df I believe Leica would quickly go out of business.  People buy the Leica M for its fantastic implementation of the manual focus range finder.  Sure, there are some that buy it because it has a little red dot that says Leica but typically they are the ones that set it on a shelf or sling it on their shoulder when they need to impress the crew down at the camera club.  I fell in love with the process of creating an image using the manual focus lenses and range finder that Leica has perfected.  The Leica M (Typ 262)

that I replaced the Nikon Df with has 24MP instead of the anemic 16.2MP* which means if I am shooting off assignment and get a great shot I can potentially use it for new assignments.  If you’re a street photographer you’ll appreciate the importance of this as no two events typically repeat themselves when you’re on the street…

*When I say anemic remember that it’s relative to the work I am doing.  For the past few years 16.2MP was far more than I needed (typically only printing up to 36″ images, magazine size prints, and internet use).  If you aren’t printing huge images then 16.2MP is most likely perfect (it saves a lot of space on your hard drives as well).

I’ll put it to you this way…  I use the Leica M during good to great light and the Nikon D810 in everything else, so it takes two cameras to do what the Df did.  When I shot with the Df I could use it in every type of light (to almost no light) and it never missed a beat.  So, if the number of megapixels a sensor has is of no consequence to you I would tell you to go with the Nikon Df every day of the week.  With that being said, there is certainly something to be said about the mystique of shooting with a Leica and definitely something to be said about the advantage/ease of zone focusing with a Leica.

If Nikon releases a new Df I would gladly sell my Leica and upgrade to the next iteration of my favorite camera, the Df.  Until then, I will happily continue to use the Leica M262.  In fact, please don’t mistake these opinions as being anti Leica in any way.  I think the Leica M is a beautiful camera and with the right specs it could be the “perfect” street shooter.  Something like a mix between the X100T and the Leica M.  But at the end of the day I don’t shoot street exclusively, my camera is a tool and I would prefer to have one that did everything that having to haul around two cameras in the off-chance that I’ll shoot past sunset.

Before you comment below that the Sony A7Rii would have met my needs…  I considered that.  I like the Sony (though it sure is ugly) and agree that it’s worth considering.  All I can say is that I’m still considering it, I was hoping Sony would come out with a new one at Photokina this year but it doesn’t look like they will.  You can find my review of the Sony A7Rii here.

I hope you found this article interesting, feel free to leave your thoughts in the comments section below.  Thanks for visiting.

Written By
John Barbiaux
More from John Barbiaux
The Christmas Tree challenge has been answered by Liz Sette and her...
Read More
0 replies on “Why I Switched To Leica From The Nikon Df For Street Photography”