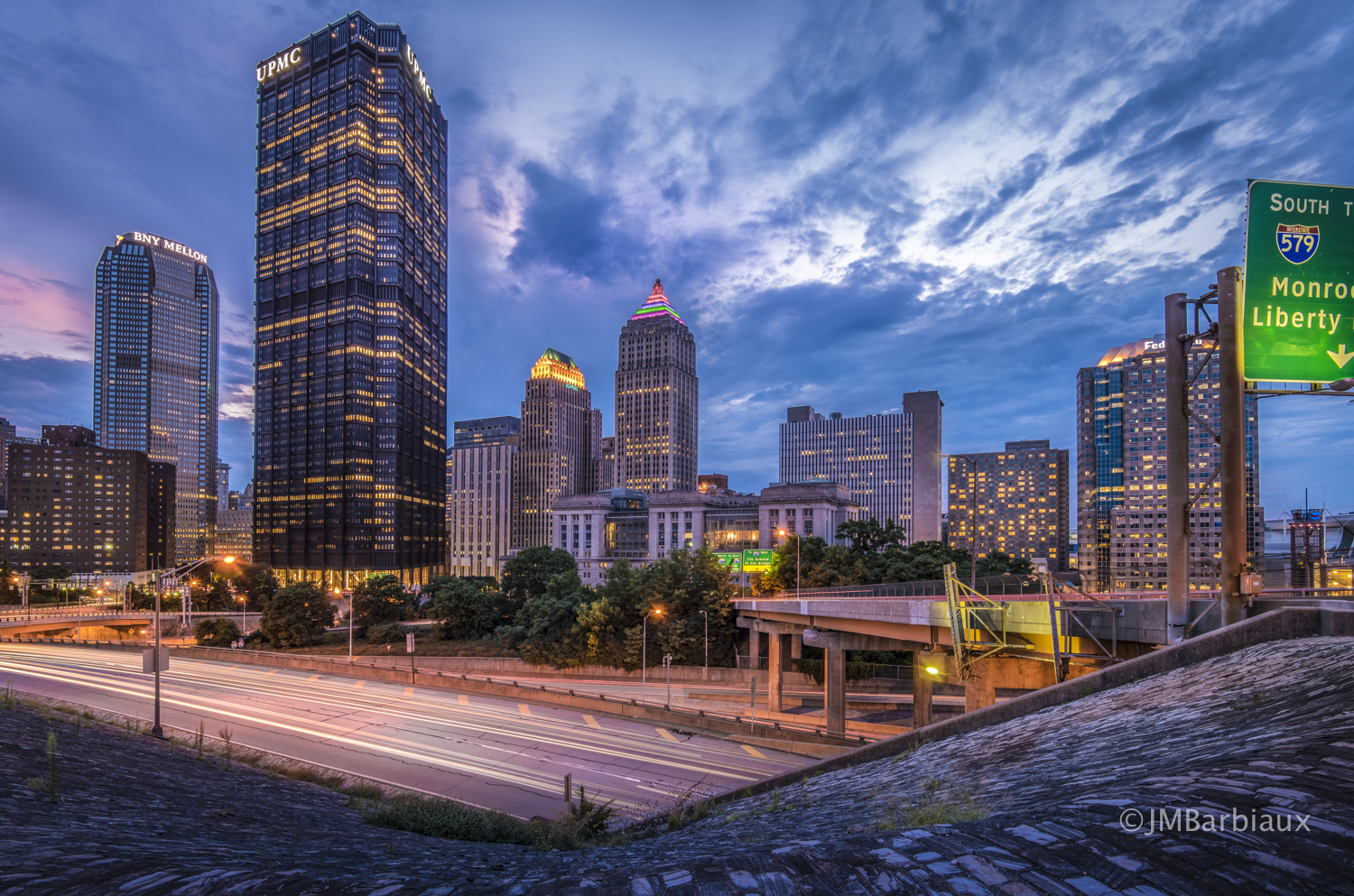 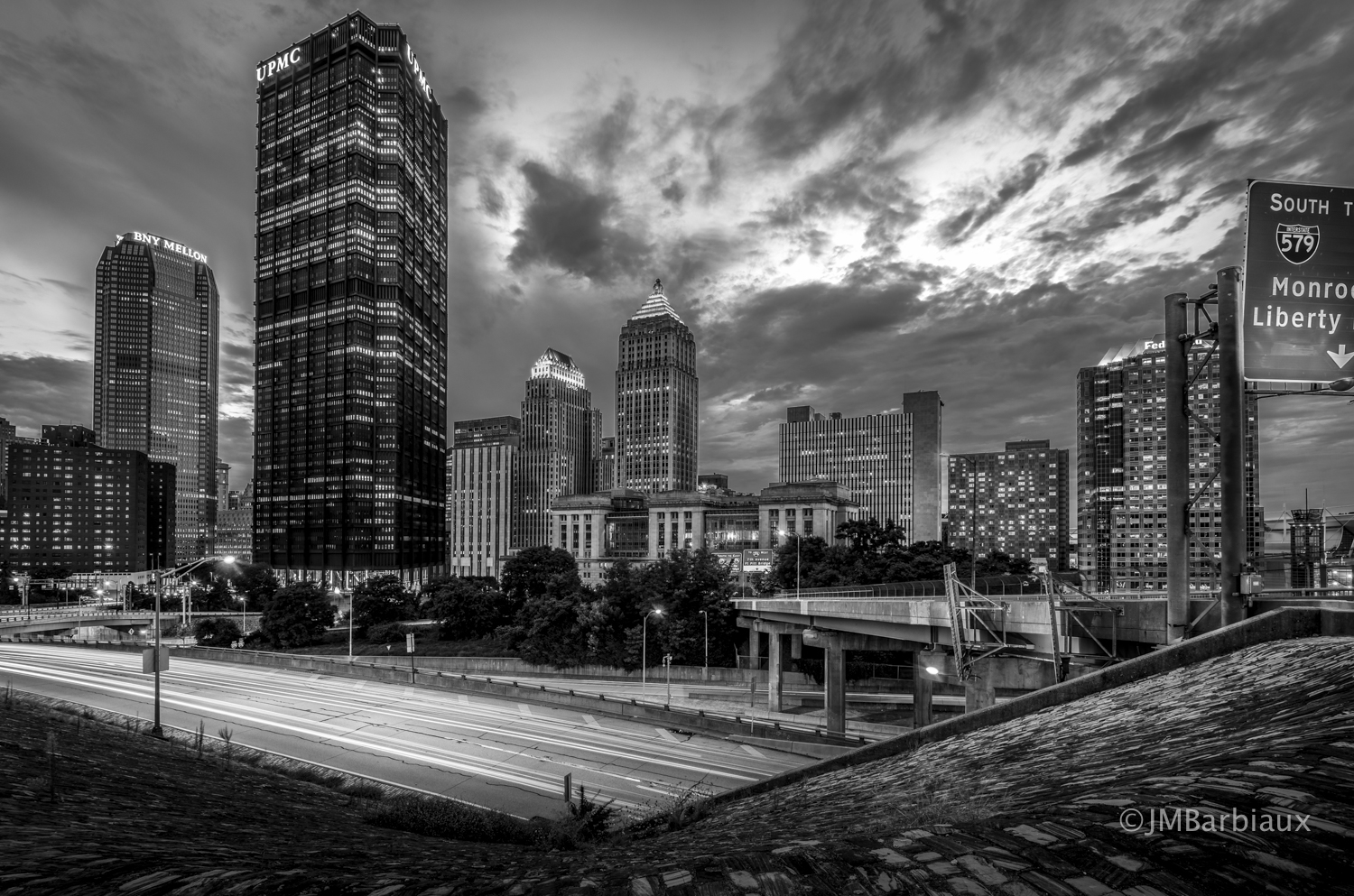 One of the best times to create cityscape images, that will look amazing in black and white, is during the blue hour…  Right before or after the sun makes it’s journey across the sky.  I’ve found this to have the best variation in the sky between light and dark areas which creates a nice mood.  Also, the street lights create contrast between the mid-tones as you can see in the bottom right along the stone that leads to the highway in the foreground as well as throughout the image.  Finally, the building and their lights really stand out against the sky during this time of the day compared to earlier or later.

If it were later in the evening, when the sky is virtually black, the buildings don’t stand out as much from the background and the they lose some depth in my opinion.  The color of buildings tends to get flatter as the sky gets darker, the blue hour still retains some of the subtleties between similar colors (think about the subtle differences between the dark colors used in building material).  This subtle but noticeable color difference adds more contrast and depth to the images, making them a bit more interesting.

You may be thinking, “What about during a storm?”…  And you’d be right, that is the another “best” time in my opinion.  You actually get a lot of the same light during a storm that you do during blue hour.  With that being said, I prefer the clouds where you can see variations of light as in the image above rather than a huge black cloud with no texture.

If you’d like to give the blue hour B&W cityscapes a try you can share your results with us here at PhotolisticLife using the hashtag #PhotolisticLife on Instagram.  Feel free to share your thoughts in the comments below.

Written By
John Barbiaux
More from John Barbiaux
Chances are if you stumbled on this page doing a search on...
Read More
0 replies on “How To Create Stunning Black And White Cityscapes”