Cityscape photography is one of the most popular types of landscape photography out there.  Everyone loves a beautiful shot of their home town or that city they had a great time in.  Here’s the rub, every major city has been photographed millions of times from the same angles (news you’re probably well aware of).  So, the best way to take a step ahead of the competition out there is to find new angles to photograph your cityscape.

Here is the beautiful city of Pittsburgh from an often over-looked angle.  This shot was taken from a super secret location that only I know about…  I kid, but you’d think that was true since there really aren’t any shots from this angle of the city.  I had to shoot through a fence, you can’t tell thanks to the magic of aperture sizes and Harry Potter spells, so perhaps that is why it isn’t so popular.  It also requires a decent amount of walking through a slightly seedy area. 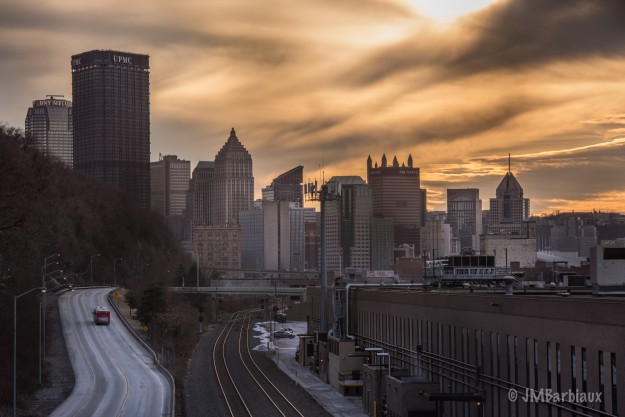 The take away from this is that often the “best places” to photograph a city you are visiting or living in are simply the most accessible spots with a pretty view.  Keep your eye out for the less accessible areas that have equally, or often more, beautiful views.  Also, be careful when venturing off the beaten path…  There could certainly be a reason why locals don’t photograph from some areas.  Always let someone know exactly where you are and when you expect to return.

The gear I used for this shot was the Nikon D810

lens.  I used a remote shutter release to eliminate shake, the 70-200mm lens is such a large lens that even the smallest movement introduces significant camera shake due to the balance of the entire set up. 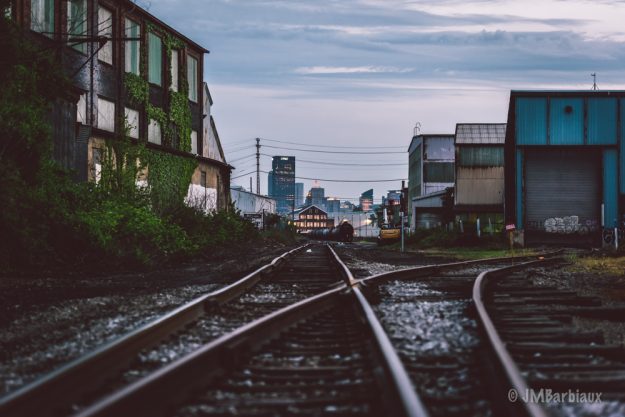 A great way to find new angles is simply using Google maps (I prefer satellite view) to find roads, railroads, alleys, etc. that have a line of sight with the skyline of said city.  Often, I’ll find these areas and then drive along them to where I feel is the furthest I’d want to take the shot and then retrace the line of sight on foot.

Written By
John Barbiaux
More from John Barbiaux
After what seems like forever the finalists from the 2013-14 Seasons Photo...
Read More
2 replies on “How To Enhance Your Cityscape Photography”