What is it about a pier that draw camera wielding people to them?  The symmetry?  The frame it creates?  The quiet defiance to the crashing waves?  Perhaps it’s the only interesting thing to photograph an otherwise flat and grey landscapes?  Whatever the case is, there is no denying that anyone with a camera is attracted to a pier like a mosquito to a light. 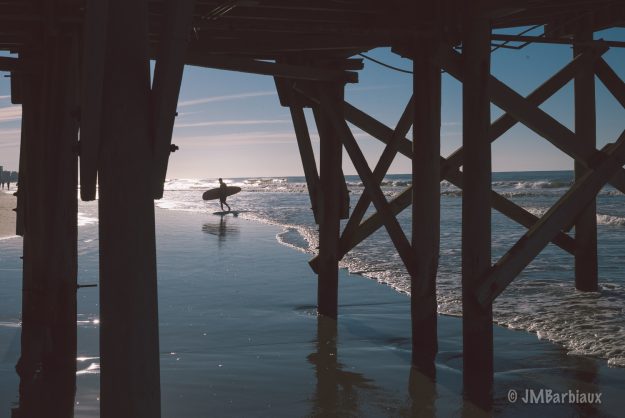 On a recent trip to Myrtle Beach my wife and I stayed at a hotel situated right behind a popular fishing pier.  I had grand plans to practice some street photography with the fishermen but quickly lost interest in them and decided to focus my limited time on the pier itself.

with an assortment of lenses, filters, and a tripod (among other odds and ends).  Everything fit neatly into my Lowpro ProTactic camera backpack.  I could have gotten away with simply bringing the Nikon and a couple of lenses but I don’t lug the Nikon everywhere with me, it’s too cumbersome…  It’s nothing to toss my Leica into my bag and take it down to the beach with me (by toss I mean gently place it in my bag and make sure it’s secure).  It’s small, light, and incredibly capable (the image of the surfer above was taken with the Leica and the Leica 35mm f/2.0

Because 99% of my time would be spent photographing the pier I was able to capture it at all hours of the day.  It’s rare that I have the luxury of photographing my subject over a 24 or 48 hour time period.  The before and after image below shows the stark difference a day and night photograph make. 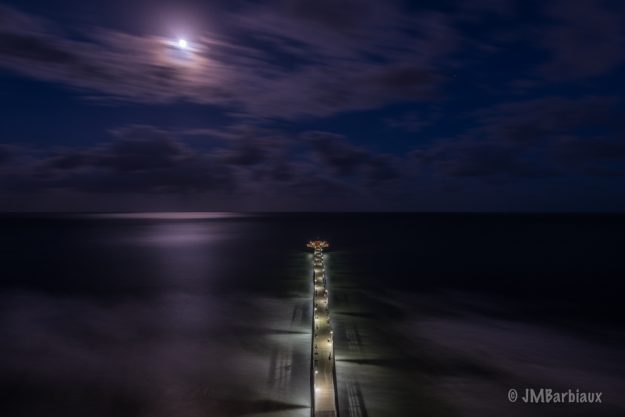 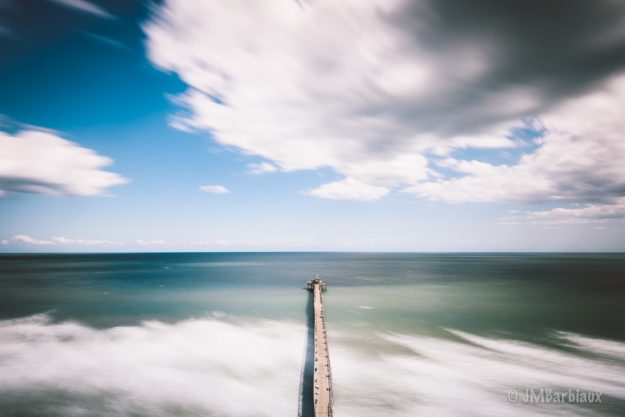 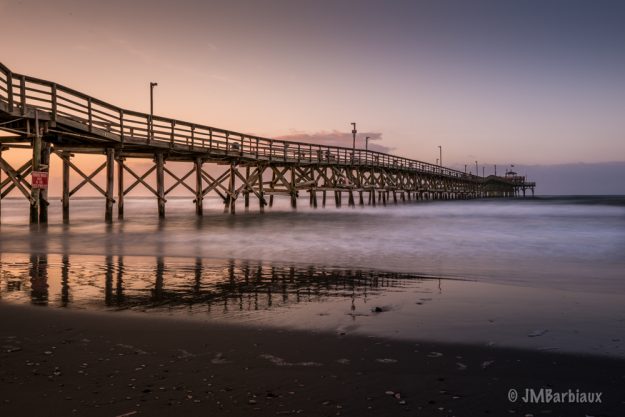 Have you ever visited a beach and thought “I can’t wait to photograph the sun coming up or setting over the ocean”?  Me too…  Unfortunately, this was one of the those trips where the sun’s path was pretty much directly along the coast as opposed to across it. 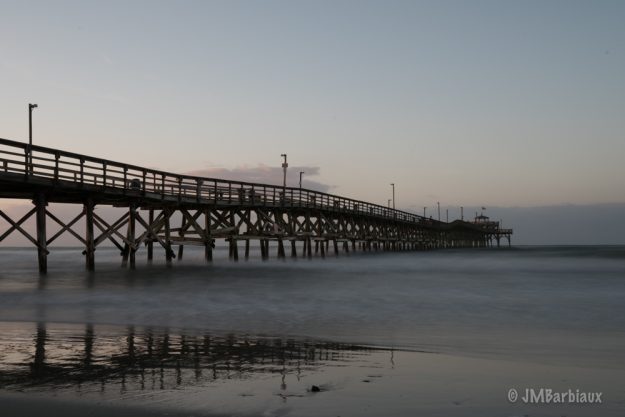 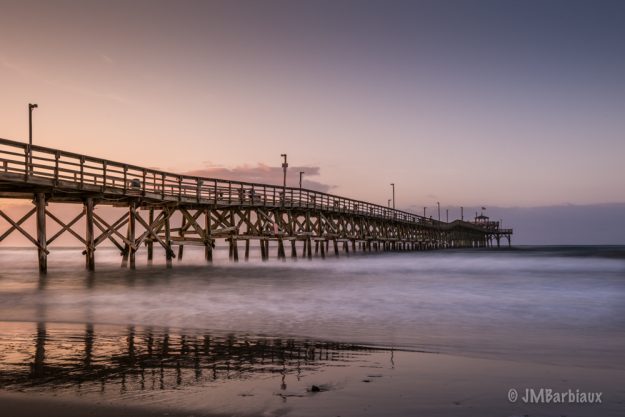 It should come as no surprise that I shoot everything RAW…  If you aren’t already doing it then I would highly encourage you to make that a priority.  If not, I can assure you that you’ll regret it after your first trip to someplace with difficult lighting and you realize you lost all the detail in your highlights and shadows because you shot JPEG’s.  With that being said, you can see the difference between a RAW file and the processed version in the before and after above. 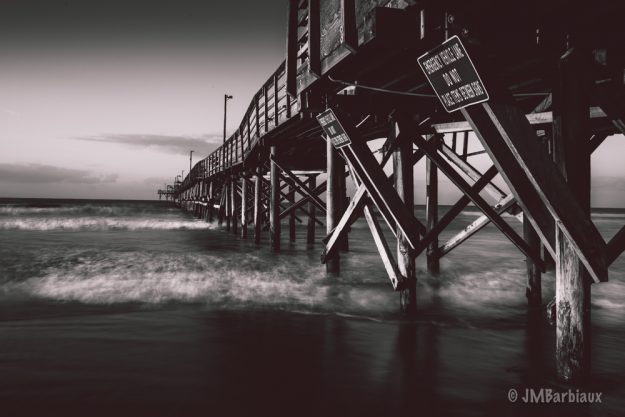 Using a 6 stop ND filter I was able to slow the shutter speed a bit (3 seconds) to create the image above.  When photographers get their hands on ND filters they tend to think longer shutter speeds are always better but when you are shooting the ocean it’s nice to capture images that still show the chaos of the waves as they come crashing in.  It really just depends on your taste and what you are going for.  The image at the top of the article is a great example of not slowing the shutter speed too much in order to retain the mood of the crashing waves. 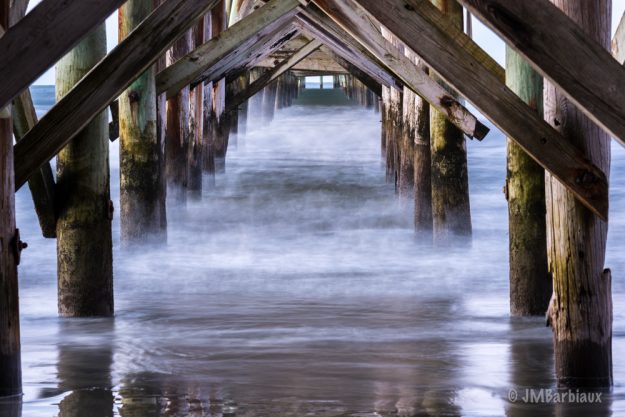 What would a trip to photograph a pier be without the quintessential under-pier shot? 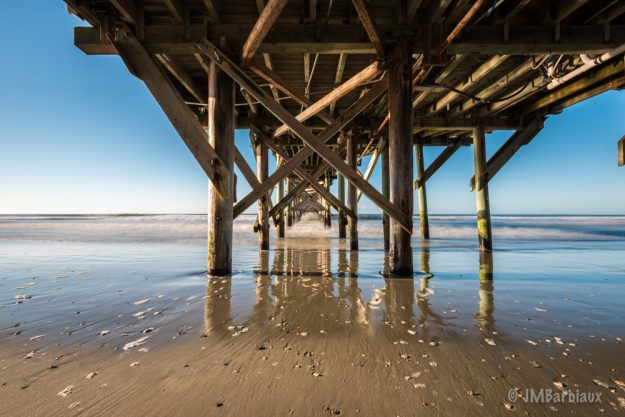 Anytime I’m photographing landscapes I try different angles and focal lengths.  The image above was taken at 16mm while the one below was taken at 35mm.  I’d probably lean towards the bottom one as the better shot but neither would make it to my portfolio or even Instagram. 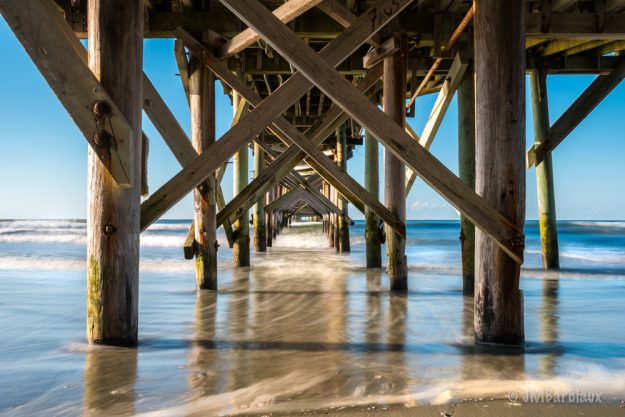 Finally, I was able to create an abstract piece from some of the photographs I captured in and around the pier (below). 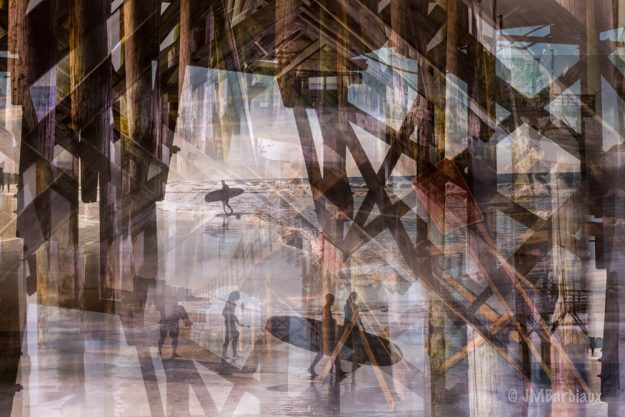 Written By
John Barbiaux
More from John Barbiaux
We are testing something new here at PhotolisticLife, a discussion board.  Right...
Read More
4 replies on “Photographing The Cherry Grove Fishing Pier In South Carolina”