It really doesn’t get much more American than this…  Memorial Day parades originated after the American Civil War (originally called Decoration Day).  The day is a Federal Holiday that remembers the people who died while serving in our countries armed services.  The parade serves as a great way to show our respect and gratitude to active and inactive members of the armed services as well as teaching younger generations what it truly means to serve others. 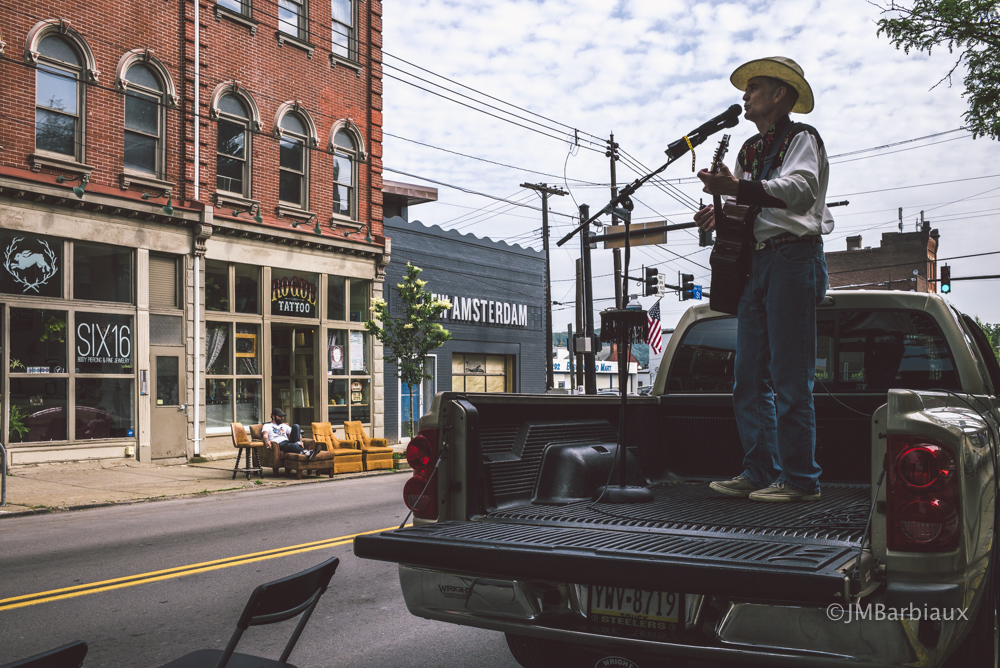 When I shoot in the street there are usually two or three subjects that really stand out to me, ones that keep bringing me back to shoot from various angles.  I must have photographed this guy from every angle you could imagine short of laying on the truck bed and shooting straight up (I would have if I didn’t think he’d step on my face).  There was something about this situation that jumped out at me…  It really reminded me of something you’d see in a small Midwest town where football and muscle cars still reign sovereign. 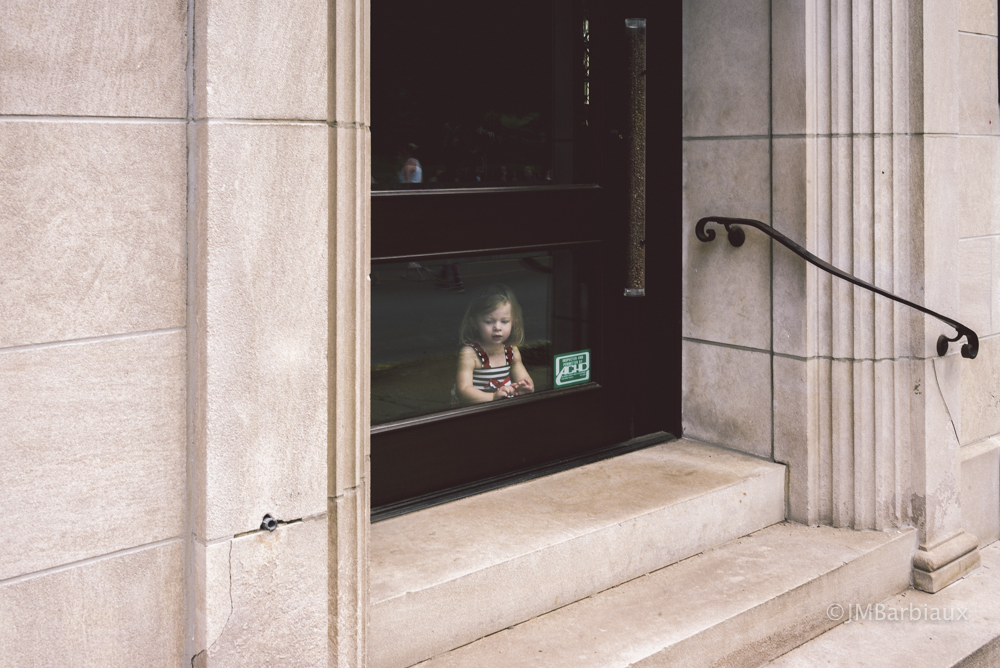 Out of a few hundred shots I maybe took 6 of the actual parade.  The people watching the parade are far more interesting that the parade itself.  I find myself looking into windows and doors (in a non pervert way…) more and more often for shots like the one above. 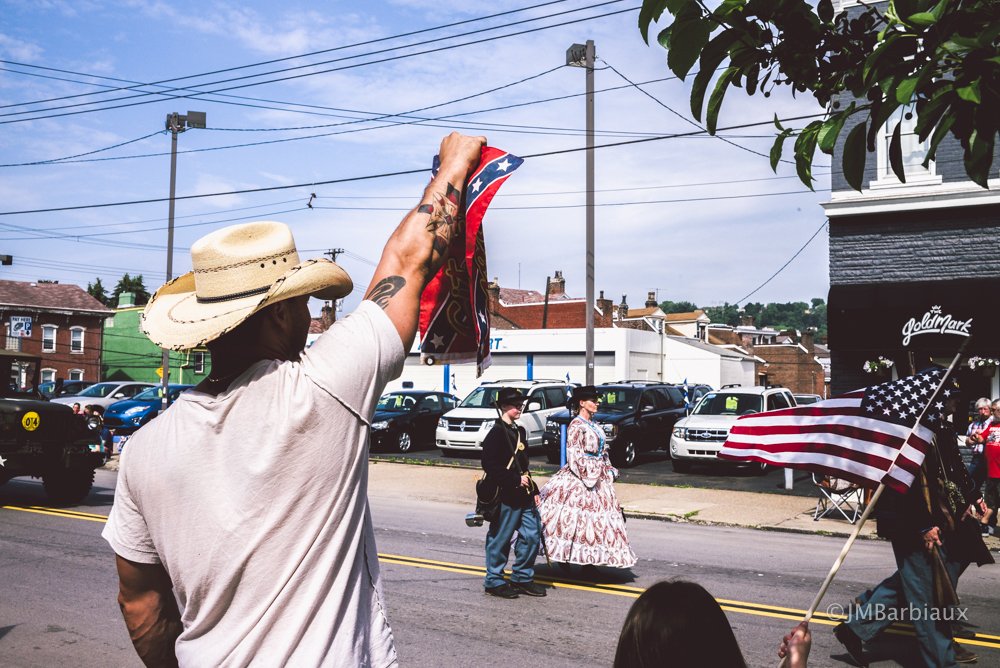 I know the rebel flag is a taboo subject these days but you tell him, ok?  I overheard him talking to his kids about respecting the police as they drove by and I’m pretty sure if he were cut he would bleed red, white, and blue. 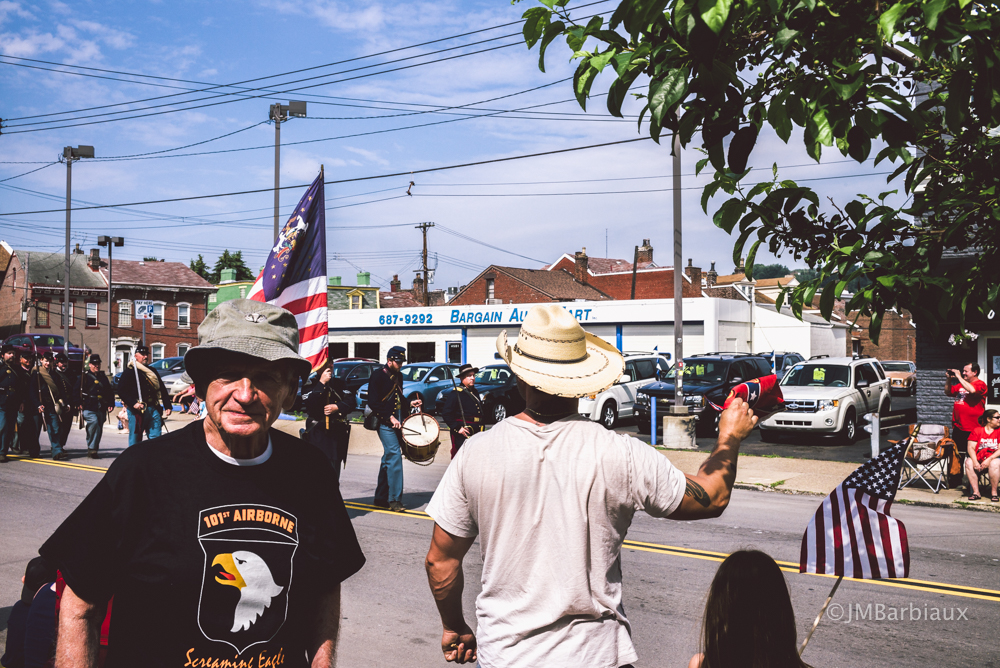 I don’t normally share more than one or two images taken of the same subject but I found myself drawn to the scene over and over.  I was fortunate enough to be in the right place at the right time…  With my camera up and firing when this Veteran walked by.  I don’t believe in luck, if you don’t have your camera up and ready decisive moments like this slip through your fingers as easy as water. 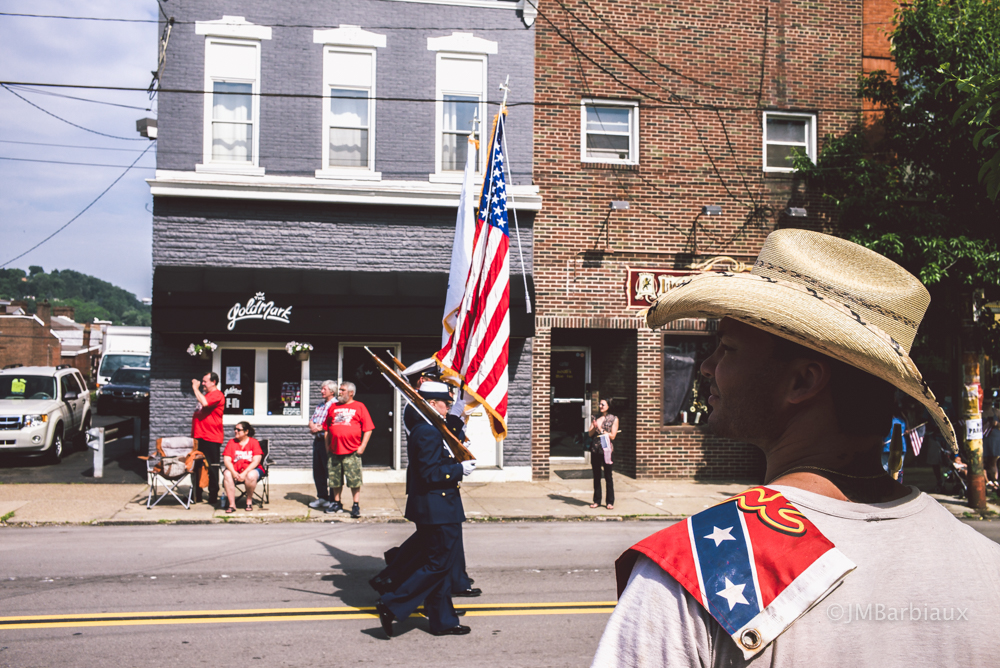 Alright, I think we covered all the angles here.  Time to move on. 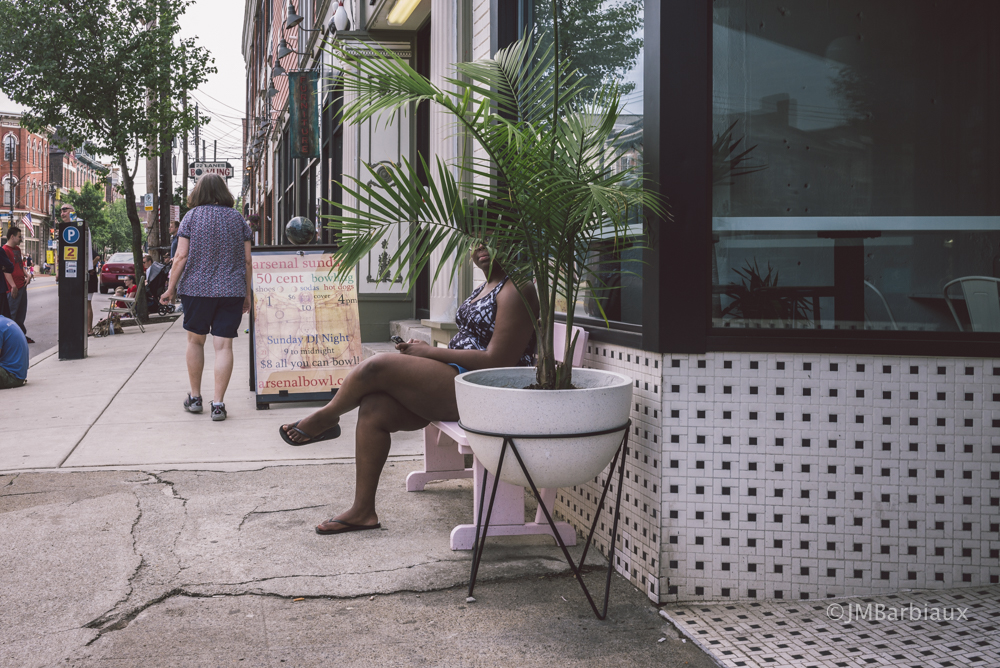 Played a little hide-and-seek with strangers… 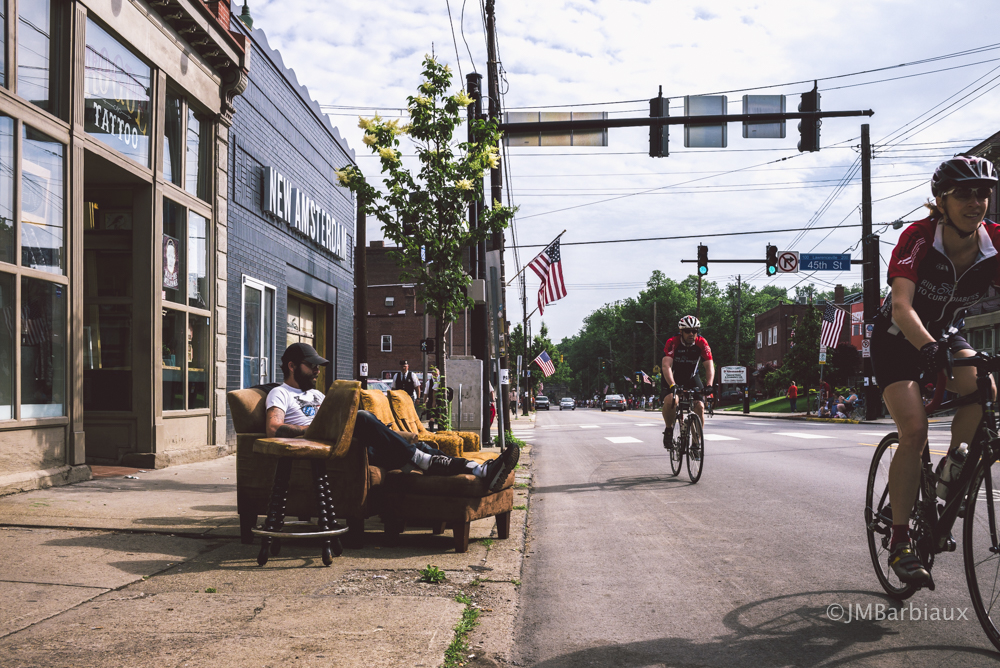 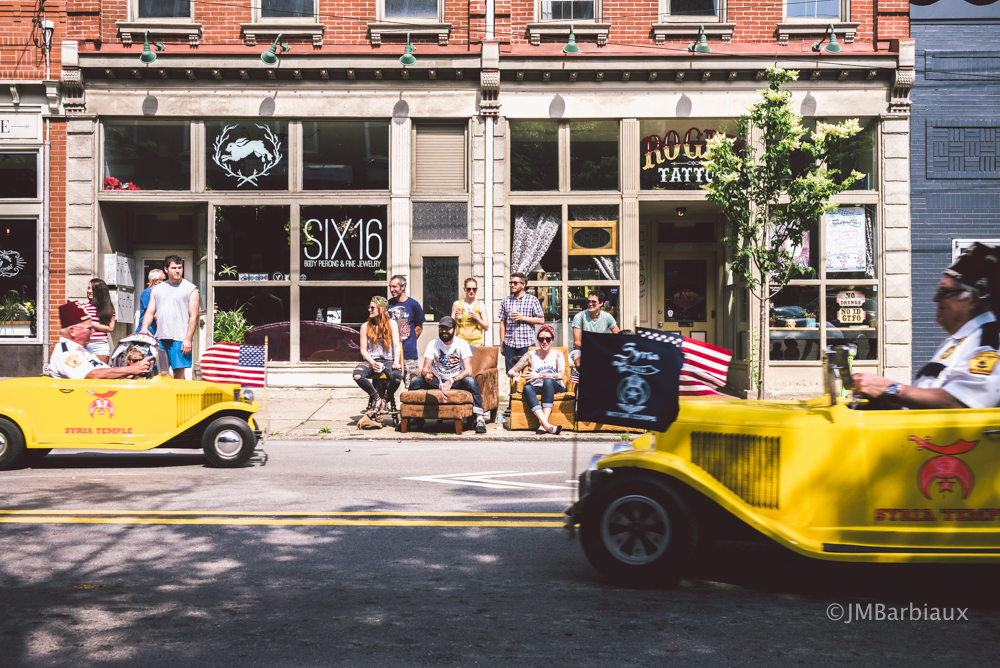 Nearly got run over…. 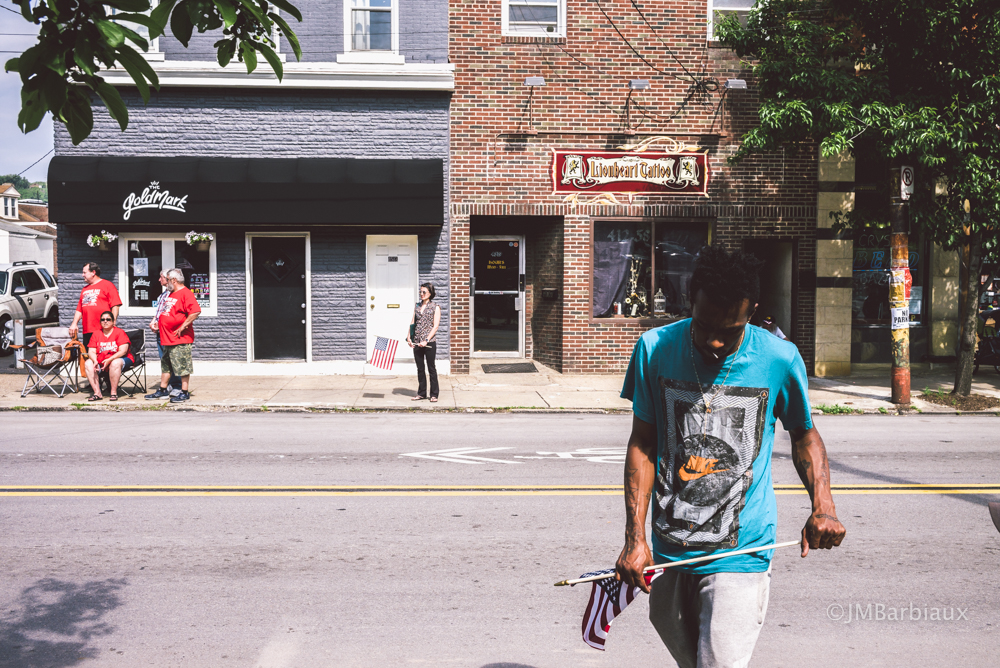 I really enjoyed shooting this parade, Lawerenceville is ripe with diversity and culture.  If you’re looking for a great Memorial Day parade to visit next year I highly recommend this one.  Much of the research I did said the Lawerenceville parade is one of the oldest in the Nation but I wasn’t able to verify it so like everything else on the internet…  It must be true.

Everything you see here was shot with the Leica M262 and the 35mm f/2 lens.  I shot in Aperture priority except when I didn’t…  All the images are processed using VSCO with a healthy dose of custom tweaking.  Feel free to leave your thoughts in the comments below.

Written By
John Barbiaux
More from John Barbiaux
Whether you practice Street, Landscape, or Portrait Photography you should be familiar...
Read More
3 replies on “Lawrenceville Memorial Day Parade – Street Photography”