This isn’t your ordinary review, where I talk about how many megapixels this camera has (24) or the minutia of the sensor technology (meh).  No, this is simply a review of a Leica by someone who has been using it for fun as well as professionally.  I’ll cover build quality, image quality, and everything in between, while forcing you to look at a bunch of photographs I made with the M262 along the way.

The reviews you read on PhotolisticLife are real world reviews written by a professional photographer.  Unlike other sites the cameras I review are ones I purchase, not loaners or gifts from the manufacturers.  The links you click on my site to purchase gear (any gear) pay me a small percentage of what you spend without increasing the prices…  This is what helps me keep this site free.  Thank you! 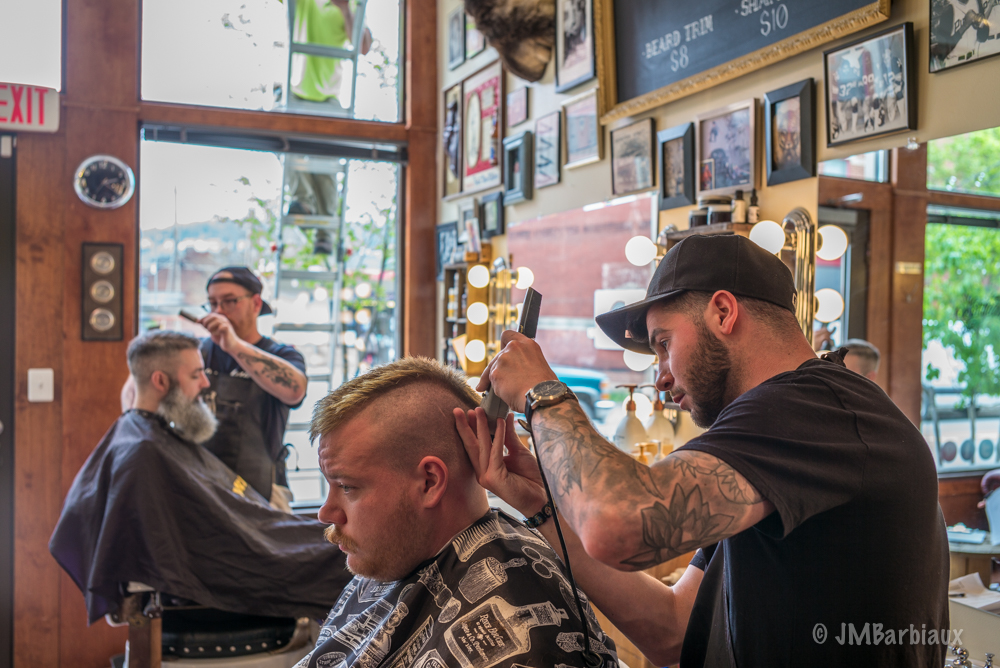 First, if you’ve never used a Leica range finder (or any range finder for that matter) I don’t know if I can describe the feeling of creating an image with such a camera in a way that would do it justice.  Before you dismiss this review as another Leica fan writing about the mystical feelings he gets when he picks up his camera you should probably read some of my thoughts on Leica cameras here and here…  Finished?  Good.  So take it from someone who doesn’t wax poetically about inanimate objects, this camera is pretty great.  Using the Leica range finder to manually dial in your subject and compose your photograph feels like you are really a part of the process of creating something.

In this day and age the Leica M isn’t your go to camera for versatility.  At least, not at first.  Not until you master manual focus with a range finder.  If you had to master said focus with the M262 you’d be hard pressed to find a better camera to learn on.  The viewfinder is huge, bright, and incredibly easy to use.  If I could whisper subliminal messages to you while you read this article I would whisper “try a rangefinder, try a rangefinder” because of the immense joy one gets from dialing in the focus to nail your shot…  And because I’m weird like that.

Leica writes the book on build quality.  You won’t pick up a more solid feeling camera manufactured in this day and age.  Most of what you pay for with a Leica camera comes from the time and effort it takes to hand make your precious camera.  Is the camera built as tough as it feels?  I don’t know.  There have been widespread issues with things like sensor corrosion (Leica is replacing said sensors free of charge) and strap lugs mysteriously falling off and dropping the camera like it is hot on the early M240’s.  All issues that Leica has addressed and like every other manufacturer (think D750 and the mirror issue that is still ensuing almost a year after it’s discovery or the Olympus EM1 that can’t shoot for longer than a few seconds at high ISO’s without looking like a clown puked glitter all over the image…) there will be bumps in the road which matters almost as much as how the manufacturer handles them.  Leica has always stepped in and corrected known issues and made things right with their customers.

There are a few quibbles I have with layout but nothing that would dissuade me from keeping the camera.  I like a dedicated ISO dial.  For me, it’s essential to have my shutter speed, ISO, and aperture at my fingertips without having to dig into a menu to adjust these key elements of exposure.  The fact that, depending on which menu item you’re adjusting, different buttons (set, info, etc.) are needed to actually “set” things is confusing and slow one down…  Initially.  I’m sure with a little more time it will become second nature but that’s why I call them quibbles and not deal breakers. 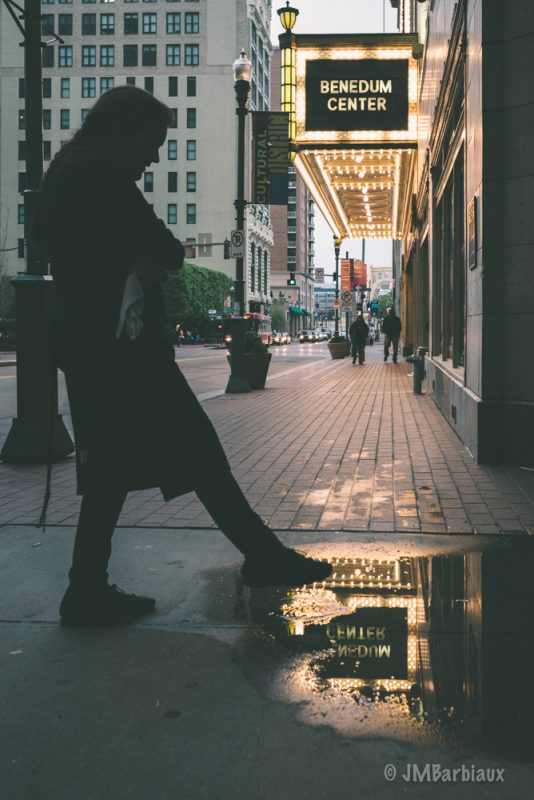 Well, I figured out why Leica replaced the live view button with white balance in the first hour with the camera.  The auto-white balance feels a lot like rolling the dice each time I snap a photograph.  Again, this isn’t a deal breaker and could possibly be addressed in future software updates but it’s annoying.  I shoot all RAW and didn’t think I would care if the white balance was off but it turns out I do, a little.  They’ve created a really easy way to do custom white balance but if you’re a street photographer (who this camera targets) you don’t have time to set a custom white balance every five minutes.  If you shoot RAW (and I recommend you do) this is merely an annoyance as you can simply fix this in post processing in a matter of seconds. 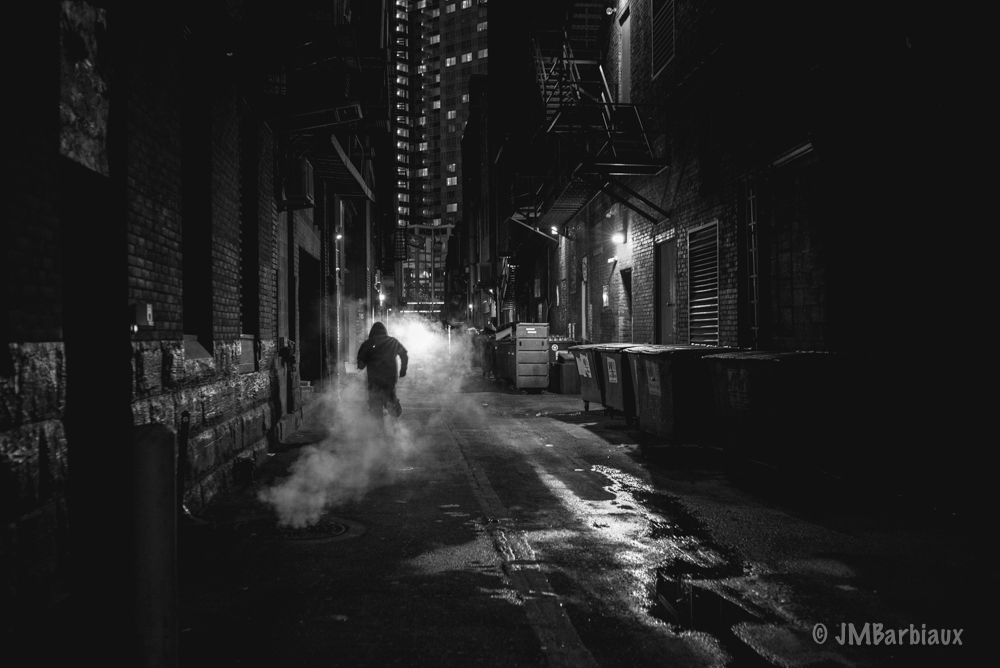 The camera has impressed me the most in its low light abilities.  I’m not talking about ISO 6400 quality, I’m talking about its ability to shoot in low light situations with an ISO of 2000 where my other cameras would have shot at ISO 6400.  I suspect that this is partly because of the programming of the processor in how it handles low light situations…  A lot of camera manufacturers will tweak their cameras to expose further to the right which requires a higher ISO.  Leica, on the other hand, knows that high ISO degrades the M’s image quality so they embrace the shadows in low light which renders images like you see above and below. 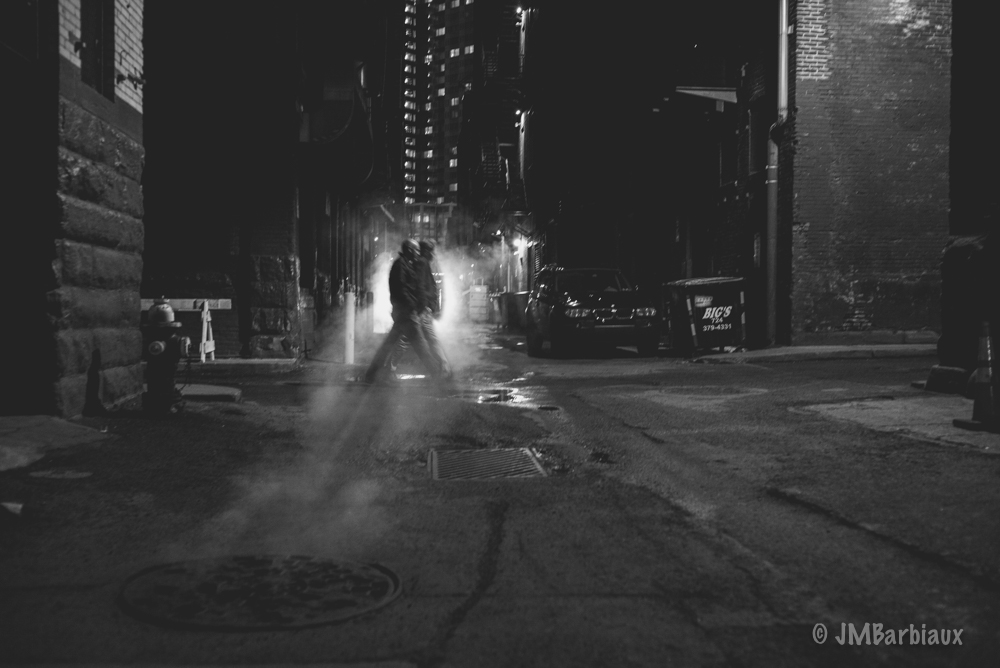 Since picking up the camera I’ve had two glitches.  Once, I pressed the shutter button and nothing happened but I’m hoping it was because it takes a little more than a second to wake up from sleep.  Not something I’m used to with my other cameras which respond much more quickly.  An easy fix is to set the sleep time to more than 2 minutes or not at all.  I’m going to try to set it to not sleep and see what kind of impact that has on the battery…  I’ll update this article once I give it a try.

*Update – I’ve adjusted the camera to never sleep and this has resolved the unexpected unresponsiveness that happens because the camera takes over a second to wake up.  It’s had little to no noticeable impact on battery life (weather and shooting times will obviously have an impact on your mileage).


Second and more importantly, there is a glitch with the M262 (not sure if this applies to other M models) where once in a blue moon you’ll hear a half powered shutter click and end up with a black frame even though the metadata lists accurate exposure settings for a well exposed shot.  So far this has happened once in about 2,000 frames.


Doing some research in various Leica forums I’ve confirmed I’m not the only one that has noticed this issue.  I will continue to update on this as I get more information.

*Update – Leica released a firmware update which I implemented last evening so I will update back here if I see the black frame issue come back.


I’m not surprised that there are a couple of glitches with the Leica M262, Leica is as infamous for well-built cameras as they are for unique glitches among them.  I’m not worried about long-term problems either as Leica stands behind their cameras for years and years.  If you’ve read up on Leica you’ll likely be familiar with the sensor corrosion issue they had on older digital cameras which they’ve committed to fixing them, at no cost to consumers, whether you bought the camera new or used. 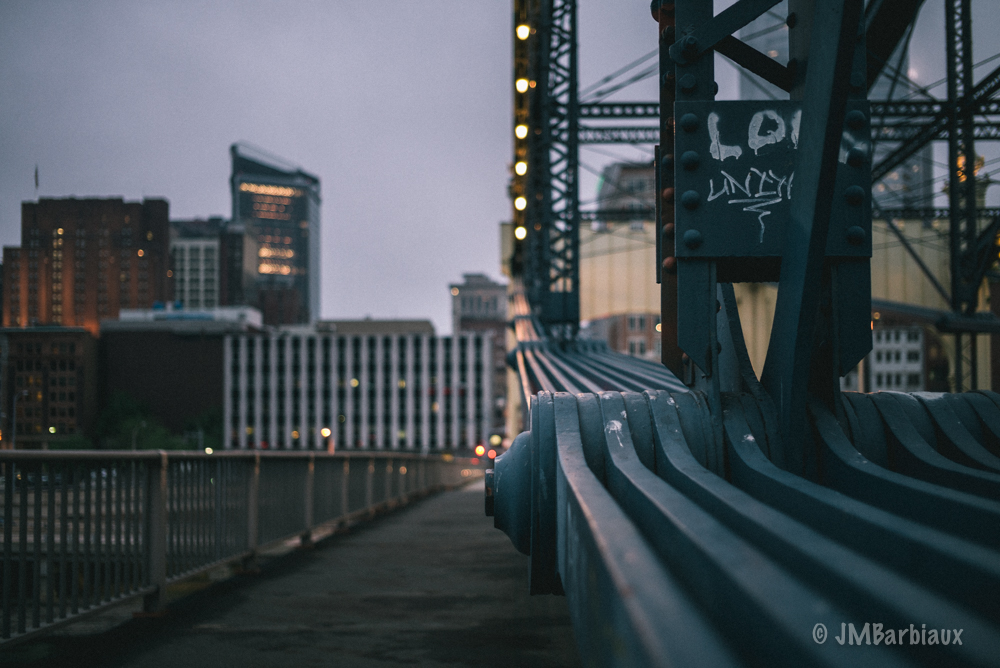 Shooting a Leica has a steep learning curve for beginner photographers as well as veterans who have not used a range finder.  There is no auto-focus, automatic exposure is sometimes finicky, and some of the most important controls are buried in the menu (exposure compensation and ISO).

With that being said, there is no faster way to shoot than to zone-focus (though this form of shooting isn’t Leica exclusive).  If you zone-focus you’re simply turning your camera into a point and shoot so really there is no easier way to shoot.  The biggest issue I have with zone-focusing is you can’t shoot wide open like you would if you were able to focus quickly because as you open your aperture the “zone” gets smaller and smaller (the zone is your depth of field or the area that is going to be in focus).

Leica isn’t the Porsche of cameras…  You can’t really use that analogy because in the car world the Porsche is considered superior at driving than say a Corolla.  If cameras were car brands then in a Leica world the Corolla would be faster and more responsive on the road than the Porsche.  What I’m saying is there are less expensive cameras that take better photographs than the Leica M.  Does that mean it isn’t a great camera?  No, it’s a great camera.

Can you use it professionally?  Yes, I do.  I will admit that once the sun goes down I switch to my Nikon Df or D810 for professional work because I can’t take any chances.  With that being said, the longer I shoot with the M262 the more likely I will continue to shoot with it in all but the most difficult light situations.

So why buy a Leica?  Because you want to.  Because you like the idea of using a camera that feels as though it’s a part of photographic history.  Because you want a range finder experience with a digital sensor that is relatively good.  You don’t buy a Leica because it’s “more discreet”, there are plenty of other cameras that are just as discreet and the newer Leica M’s with a lens are actually quite bulky compared to something like the Fuji X100(S)(T).

I will continue to update you on my experiences with the camera and some of the changes I’m making (things like switching the red dot to a black dot to be slightly more discreet).  Be sure to bookmark the site and check back often.

Do you own a Leica M?  Feel free to leave your thoughts and experiences in the comments below.