If you have followed PhotolisticLife for a while you may know I’m a bit of a minimalist when it comes to photography gear.  In fact, I soundly defeated gear acquisition syndrome (or G.A.S.) when I picked up the venerable Nikon Df, the 16-35mm, and some clutch prime lenses.  With that being said, I took on a large project that required some very specific photography gear and I thought I’d do a series on the 70-200mm lens and its amazing versatility.  Besides, it’s a new year so why not a new perspective!

I will be putting the 70-200mm lens through its paces and using it for landscape, street, portrait, and urban photography over the next few months.  If you ever wondered about the versatility of this specific lens or the 70-200mm zoom lenses in general, that many professionals protect like a magical ring out of middle earth, then bookmark PhotolisticLife.

Both shots you see here were taken with the Nikon D810 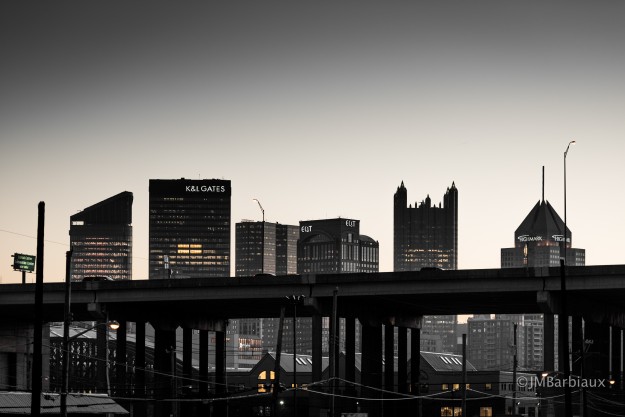 The longest lens I had was the Nikon AF FX NIKKOR 85mm f/1.8G

, which I love, so you can imagine my curiosity once I affixed the massive 70-200mm to the front of my camera.  I haven’t used a focal length this long in probably over 3 years and that was with the Micro Four Thirds format.

When shooting with longer focal lengths like this it tends to compress your image so I always try to capture layers to create a perceivable depth to the image.  The three main layers in this image consist of the bridge, the factory beneath and behind it, and finally the large towers in the background.  My favorite part of the image though, and it may be hard to see on the website sized image, is the green sign on the bridge in the far left of the image (it has a nice contrast to the rest of the scene).

The image at the top of the page was taken at 165mm which would normally make the image look really compressed, as if everything in the foreground just sort of melted into the background.  By waiting to take the shot until the bike rider was in the bottom right of the frame, almost right on top of me, it instantly creates a nice depth to the image.  The rider also adds a great human element to the image which contrasts with the architecture as well as invites the reader to project themselves into the riders shoes which draws them further into the image.

Everything I’ve shot so far has been handheld, the vibration reduction Nikon has built into the 70-200mm f/2.8 lens is top-notch.  Also, I will be creating some rather large panoramas with this lens which should prove to be interesting…  Because of the size and weight of the lens it causes my massive pano head to sag ever so slightly which eliminates my ability to perfectly level the camera for anything more than 90 degrees of rotation.  I have a feeling I’ll be building a custom pano head to eliminate this frustration.

Check back soon, I’m working on some great projects and can’t wait to share them with you.  Also, if you have any specific questions about the 70-200mm lens or the D810 please feel free to leave a comment below.