Reviewing cameras is one of the best perks of running PhotolisticLife. Well, that and the copious amounts of caffeine I go through at the coffee shop …  A while back, when Sony first began banging out serious mirror-less cameras, I mentioned that I was not interested in their soul catchers because of the obvious lack of lenses.  Well, there are more lenses now and it’s time to take another peep (that’s slang for “look” not cute marshmallow bird) at the much respected Sony a-line, starting with the Sony a7R II

is said to be a low light monster, I’m going to put it through its paces at ISO 6400 and above to see how it compares to the Nikon Df

.  Then I will talk a little about the build quality, menu layout, and general ease of use.  And finally, I’ll finish up with the most important subject of all…  Image quality.

It’s worth noting that in the photograph above the shutter speed was only 1/15 seconds and still very sharp…  The image stabilization is superb and works with any lens that you choose whether it is made by Sony, Nikon, Canon, etc..

For a camera to make it onto my list of cameras to own it has to pass a rigorous low light test, if it can’t pass muster in low light situations then I’m simply not interested.  There are millions of people taking photographs each moment of the day and the one thing that sets professional photographers apart is shooting in low light, where smart phones just simply can’t compete.  Aside from that, I hate having to put a camera away after the sun sets and lose out on hours of shooting (I’m talking to you Leica).

The camera easily exceeds my expectations… by a wide margin.  Because of the cameras backside illuminated sensor technology Sony is able to deliver more megapixels than 90% of its users need with incredible low light capabilities that 100% of its users should take advantage of.  I felt liberated with the Nikon Df and its low light abilities but the Sony takes it to an entirely new level, what was ISO 12800 looks better on the Sony than the Df’s ISO 6400 (by quite a bit).

My hat is off to Sony and their lab wizards for creating a camera with the massive amount of pixels and incredible low light performance, typically photographers give up pixel count for high ISO abilities (insert technical crap about larger pixels gathering more light versus a larger number of smaller pixels being conducent to higher resolution but noisier high ISO images).  Here is a gallery of ISO 100 to ISO 51200 if you’re curious what that looks like…  I know you are.

in low light felt as if I had traveled five or so years into the future like Marty McFly in Back To The Future.  With that being said, using the menu system that Sony has put together quickly brought me back to present reality, a sad confusing reality.  More on that in the Ease Of Use section below. 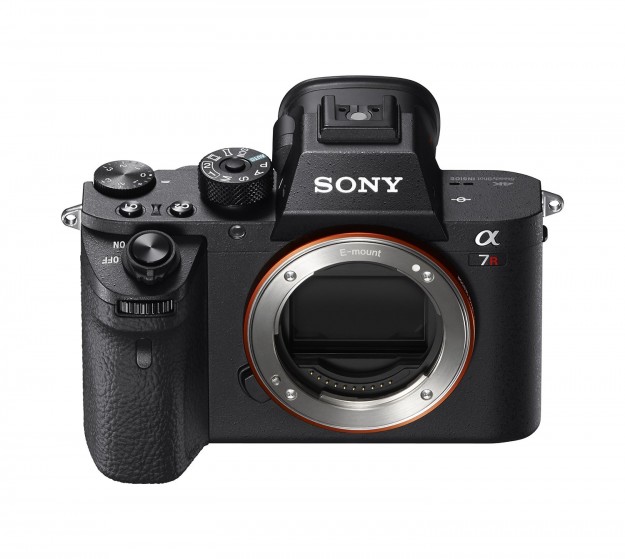 is an ugly camera, but you don’t buy the a7R because you like how it looks, you buy it because it has an incredible sensor and can see in the dark.  It’s a tool.  Plus, if you come across a stubborn nail popping out of a board you could simply use the magnesium alloy camera body to nail that sucker in, it feels that tough (don’t actually do that). 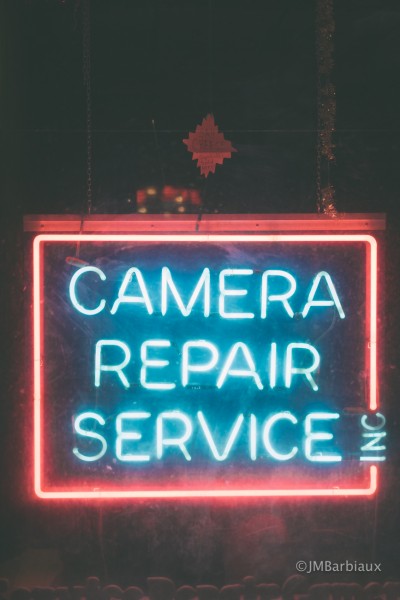 Everything felt very solid on the camera, almost too much so.  Like I said, looks were given up in order to build a work-horse of a tool.  Some will love this, while others will skip this for a more visually pleasing camera.  I’m in the camp that I don’t really care what my camera looks like so long as it delivers what and when I need it to.

Would I consider this a professional camera?  Yes, but before I would ever use it for a job I’d want to spend a few weeks shooting with it consistently in order to be lightning fast with it.  If Sony wanted to attract more professionals they could simplify the menu (greatly) and add an ISO dial to the top of the camera.

Because of the beautiful EVF the Sony a7R II

loses one of the biggest benefits of being mirror-less, a smaller body.  The camera is heavier than my full-frame, mirror-equipped, Nikon Df.  Size obviously depends on the lens you add but most of Sony’s lens selections are fairly massive and if you want to use a Canon or Nikon lens with an adapter you’ll have quite the monster of a camera to maneuver around.

One quibble I have with the build quality is the shutter mechanism.  The shutter is soft and you can’t really tell you’ve pressed it other than the sound (if you aren’t shooting in silent mode of course).  The problem I have with that is a personal one and one that may not bother others.  I like to be able to feel the shutter travel a bit and click whether I hear it or not.

The battery life leaves a little to be desired and Sony knows this, that is why the camera comes with two batteries right out of the gate.  You’ll need them if you’re shooting in very low temperatures or doing time-lapse photography for long periods of time.  It is not a deal breaker but it’s something to be aware of.  You’ll likely squeak out about 300 frames per fully charged battery.

The problem I had with the cameras lack of lenses is solved if you’re a fan of using lens adapters.  I’m not…  But to each his or her own.  There are adapters out there (Metabones for Canon) for Nikon and Canon lenses (among others) if you do a quick search.  When I shoot with Nikon, Canon, Fuji, Leica, and Olympus I just prefer to use lenses for the camera built by the same manufacture that built the camera.  I believe that they would have the inside knowledge to build lenses that take advantage of the strengths and weaknesses of their camera bodies more so than their competitors.  That is purely my preference and I know there are plenty of happy campers mixing and matching cameras and lenses from various manufacturers and I don’t judge (just kidding of course).

The learning curve on a Sony is higher than most cameras I’ve used.  Canon, Nikon, Olympus, Fuji, and Leica are light years ahead of Sony in regards to menu simplicity.  Have you ever heard people praising a camera say it “just gets out of your way” or “it lets you focus simply on photography”?  Yeah, the Sony a7R II does none of that.  You will need Google or the manual to set it up for the first time.  I can generally set up just about any camera in a few moments while in the field and after shooting for a couple of hours I was still searching back and forth for settings that should have been right at the top of the 20+ menu pages.

On the plus side, if you’re the type that likes to spend lots of time completely customizing your camera then Sony has given you tons of latitude.  I’m not saying the crazy long menu is something that would keep me from purchasing the camera…  In fact, there are memory settings you can use to create profiles for things like landscape photography, portrait photography, and street photography which would eliminate this problem for the most part.

I usually don’t need to read a camera’s manual.  Like most men, I’m too manly for directions.  With that being said, using this camera was a humbling experience…  You’ll need to take the manual with you the first few times you go shooting to fine tune the settings because Sony obviously hates being intuitive.

The image quality is excellent.  The straight out of the camera images aren’t memorable, they look like any other full frame camera…  But anyone worth their salt in photography knows that the image SOC (straight out of the camera) is just the foundation to the final image.  Each photograph packs a ton of information that translates into an awesome amount of dynamic range, more so than any other camera I’ve used, where you can recover highlights or shadows with ease. 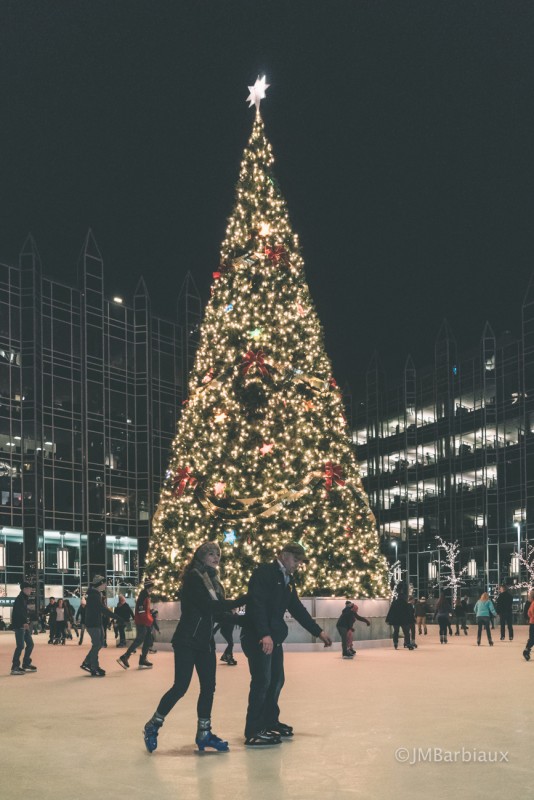 Finally, you might be wondering why this review is neither scientific or similar to the other reviews you have read on the interwebs…  To be honest, I just write the review the way I would like to read it.  I figure anyone can regurgitate camera specifications they copy and pasted from a press release or Amazon’s product page but you can simply hit one of the many Sony a7R II

Amazon links you see in this article and read them right from the horse’s mouth (or pen?).

you can bookmark PhotolisticLife or follow us by entering your email into the box on the right of the page (we don’t spam). Also coming up is the Nikon Df versus the Sony a7R II opinion piece. Feel free to leave your thoughts in the comments section below.

Written By
John Barbiaux
More from John Barbiaux
I’m still on Pittsburgh time…  I rolled out of bed at 4...
Read More
4 replies on “Sony a7RII Review”