The Photo 365 (or #Photo365 on social networks) is a project I’m doing where I take a new photograph every day for 365 days… The rub is that I will only be taking them on my way to and from work. Follow along by bookmarking PhotolisticLife.com or join in by taking the challenge and then uploading your images to the Facebook page.

* Instead of posting a new article each day and blowing up your email I will be writing one article with the entire weeks worth of photos and notes. If you follow me on Twitter I will still post daily there.

This article is a continuation of the three days I’ve already posted to PhotolisticLife.  From here forward I will be posting one article a week so as to not inundate the email followers of PhotolisticLife with a new email daily. 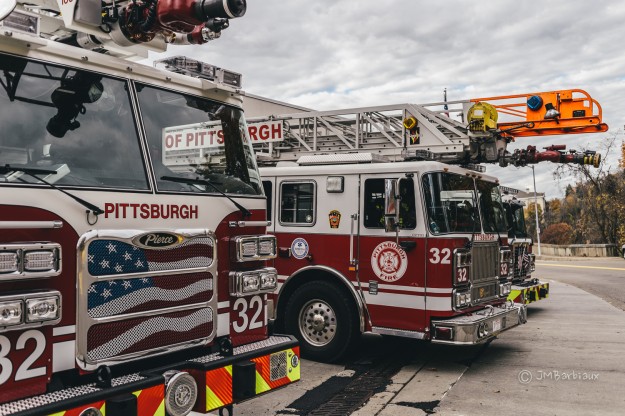 One of the great things about a 365 project is its ability to force you to look at your surroundings like you’ve never looked before.  Well, that and it makes you get outside of your comfort zone if you want to do it right.  I find myself stopping places I hadn’t before because I was either in a rush to work or I just didn’t feel like it.  I have also turned this project into an opportunity to scout out some potential spots for decent photographs in the future (see below). 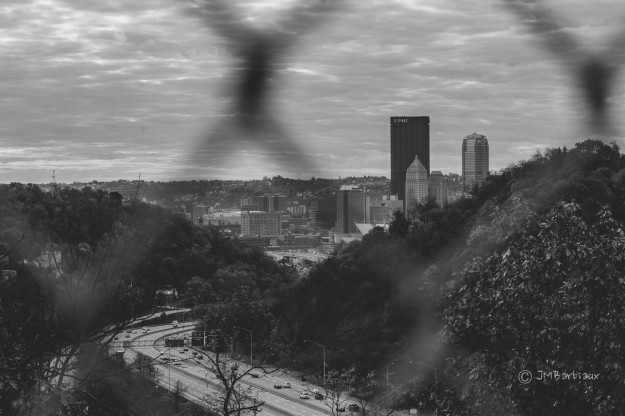 I had driven under this bridge on my way into the city thousands of times and always wondered if you could see the city from it…  You can.  Wish I would have known that while the trees were bright and colorful during the fall.  This will make an excellent spot for light trail photography in the evening except for the fact that the neighborhood is fairly dangerous.  The shot of the firetrucks was taken because that is where I parked, it was the only place I felt comfortable parking (and I’m not a shy guy when it comes to this stuff). 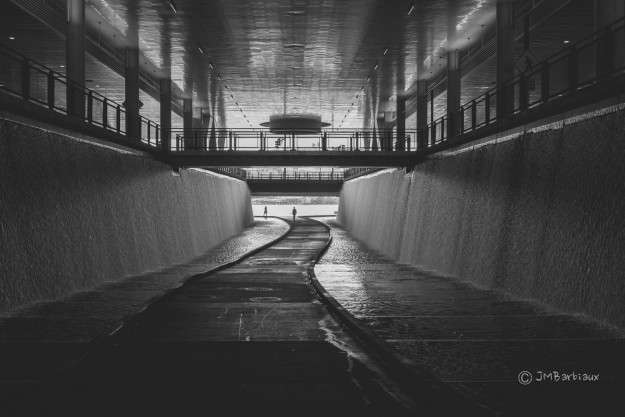 with me.  Often, when I’m in the city, I like to take a walk through the Convention Center towards the river and I almost always take a shot.  Have you ever came across a scene that you know has potential but takes forever to capture a decent shot?  The shot right above is that scene for me. 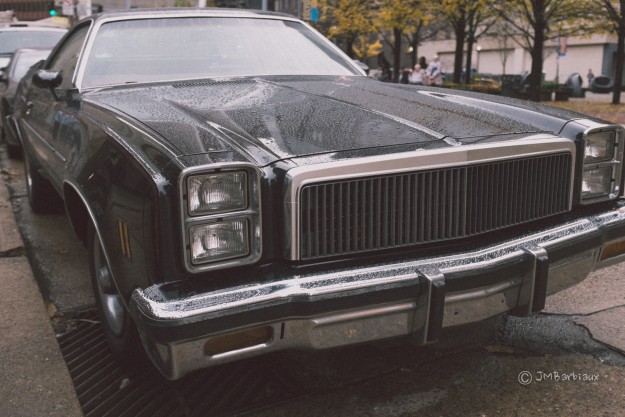 I’m not a car guy, I think photographing cars is as fun as photographing cats (nothing wrong with it, just not my cup of tea).  With that being said, I know an interesting car when I see one. 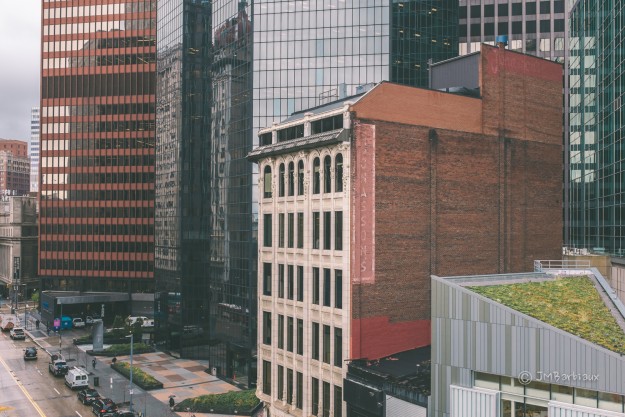 I was using the X100T with its 35mm equivalent focal length which wasn’t quite wide enough to capture what I was after here but I now know where I’d like to return with my Nikon Df.  There are a few shots here that I would like to get, I want the shot you see but wider with the green grass roof, the buildings with their reflections and more of the street.  But while there I also watched as the woman walked into the glass building in the center and her reflection was two windows creating three of her…  It looked neat so I’m going to get closer and try to capture an image like that at some point.

1.) Don’t be so picky.  At some point along the way to creating professional images I stopped taking crappy images.  I know, sounds like a good thing right?  When you stop making mistakes you stop learning, I’m finding that this project is forcing me to take shots I’d have passed on and in doing so it’s opening my eyes to other opportunities that will eventually help me improve.

2.) Get out of my car.  So often I’m in a hurry on my way to work and don’t stop for the two or three minutes it would take to grab a shot of something I had wanted for the longest time.  Not to get grim on you but since I started this project I began to think about how I had been missing out on all of these locations and experiences all of this time and life is so short.  Whether taking the few extra minutes and efforts actually yields a good shot or not, the experience is more than worth it.

3.) Pay attention to every shot I take.  Even the bad shots speak to me.  Most bad shots are a difference of just a few centimeters or inches.  Angle your camera slightly differently and perhaps the shot would have been great.  I have taken to really looking at images and studying images that aren’t what I wanted to see what I could have done differently in that same spot to make an image that stands out.  If you think of it, most of the time when you create an image it’s because you saw potential and it’s our job to use our tools to realize that potential.  I’m going to work hard at this throughout the project.

Thank you for following along, I’d love to hear your thoughts in the comments section below.

Written By
John Barbiaux
More from John Barbiaux
When you search for light trails, sprawling roads and beautiful cityscapes are...
Read More
0 replies on “Photo 365 – Week 1”