The Leica SL is a full frame, auto-focus capable, 24 megapixel, EVF equipped, 11 frames per second shooting, bad idea.  The camera is priced at a comical $7,450 dollars for the camera body only.  But don’t worry, you won’t have any trouble choosing which lens to purchase because as of right now you’ve only got one choice, the Leica Vario-Elmarit-SL 24-90mm f/2.8 – f/4 ASPH for a cool $4950 (unless you want to pay another $348 for an adapter to use M glass).  Keep reading if you’re interested in my thoughts…  I’ll try to keep the sarcasm to a minimum, but no promises.

Note:  I’m going to compare this camera to the Sony a7r ii because it is incredibly obvious that’s where Leica got the design from.  I’m not a Sony fan and I’m not endorsing their camera (you’ll find no links to their camera on this page).

Uninspired.  Well, I can’t really say it’s completely uninspired because Leica was obviously very inspired by the Sony a7 series.  If I were Sony I would be quite flattered right about now… 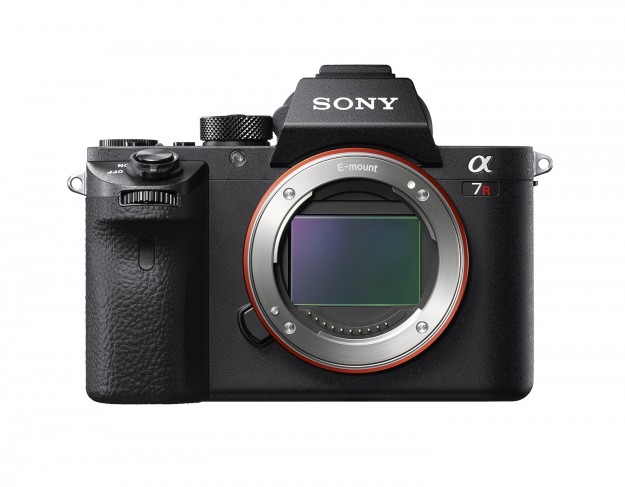 At least with Sony we can overlook it’s below average looks for its incredible image quality and low light mastery.  The low light capabilities of the Sony a7r ii make the Leica, any Leica, look like you’re shooting with a smart phone after the sun goes down.  In fact, most current Micro Four Thirds cameras eat Leica’s lunch in the low light image quality department.  Why is this relevant?  Because they all cost a tiny fraction of what Leica is asking for their brick with a grip.

Open Letter To Leica On Design

Look, let’s be honest…  The Leica SL was a swing and a miss.  Your Leica M series is beautiful.  I’m not sure why you decided to rip off another camera manufacturer, sure the SL camera has subtle differences but come on.  Why does Fujifilm sell so many X100(S/T)’s?  Because of the retro look.  What about Olympus and its success with the OMD series?  It’s the retro look.  If you are out of fresh ideas then why not rip one of them off, at least you wouldn’t have been directly compared to an obviously far superior camera?

“But Sony made an ugly camera too and theirs is successful, John”  Good point, but they also developed the worlds first Full-frame back-illuminated Exmor R CMOS sensor-42.4MP and threw in 5-axis in-body image stabilization optimized for 42.4MP full-frame for good measure.  Most people don’t even know what that means but guess what…  It sounds a lot more impressive than “Leica develops worlds second Sony a7r with a less capable full frame sensor and only one lens for 4x the amount of money.”

Normally this is where I would discuss build quality and value, both very important when considering a camera.  If you are looking for a value, Leica has never really been the place to look but this time it’s completely unrealistic.  I have not read other reviews/previews yet but I have a feeling it’s going to be a sobering experience for Leica.

I’m sure the build quality is great, Leica knows how to put together a tank of a camera.  The SL could be the best built camera in the world but it’s spec list/price combination put it firmly at the bottom of my list of desirable cameras.

The Leica Q at least fit a niche market, street photographers, while the SL is a mystery.  If your market demographic is the discerning professional photographer you’ve got to consider that no pro would ditch his mature camera manufacturer, with more than one lens, for a camera with one lens and an exorbitant price tag.

I’ll be the first to admit that the Leica mystique is a real thing, when you shoot with a rangefinder camera you truly feel like you are part of the creating of your photograph rather than simply pressing a button.  The SL strips that experience away to give you the generic EVF experience half-baked in the camera.*

*Why half-baked?  Because you have to half press the shutter button to see the exposure adjustments you’ve made while the OMD cameras that cost less than a grand are able to show you the adjustments through the EVF in real-time.  Seriously Leica?

Leica fans should be offended by this blatant attempt to grab your money.  What you have here is a Sony a7r ii body with an inferior sensor, only one lens, at quadruple the cost.  You won’t find links to the Leica SL in this article because I don’t want to be a part of Leica bamboozling you out of your hard-earned cash.

Written By
John Barbiaux
More from John Barbiaux
What do you do with your bad shots?  Delete them right away? ...
Read More
6 replies on “The Leica SL (Typ 601) – Dead On Arrival”