Inevitably you’ll come across areas where photographers have been before you…  Many, many photographers.  Often, photographers assume they won’t capture anything new so they skip shooting the location and miss out on some real potential.  Think about it, the area is popular for a reason.

The gear I used to take these shots:

The image above was taken at a popular overpass on the way into Pittsburgh.  Granted, there aren’t a ton of nighttime photographs from this area because it’s in a seedy part of town but there are enough that I had considered skipping the area.  I’m glad I didn’t.

The shots I’ve seen taken here before were your normal garden variety light trail leading into the city.  I took some of those but settled on these two as being the best out of about 30.  The top image was focused on the fence to blur the city in the background, the emphasis is on the color and bokeh.

The image below was taken as I was leaving the first spot, I’ve never seen Pittsburgh from this perspective before so I was pleased.  I’m sure hundreds of photographers walked right past this and never gave it a thought, I know I almost did.  I used the fence and cement walkway to frame the skyline.  It is actually a combination of two shots in order to increase the light-trails and reduce the length of the exposure. 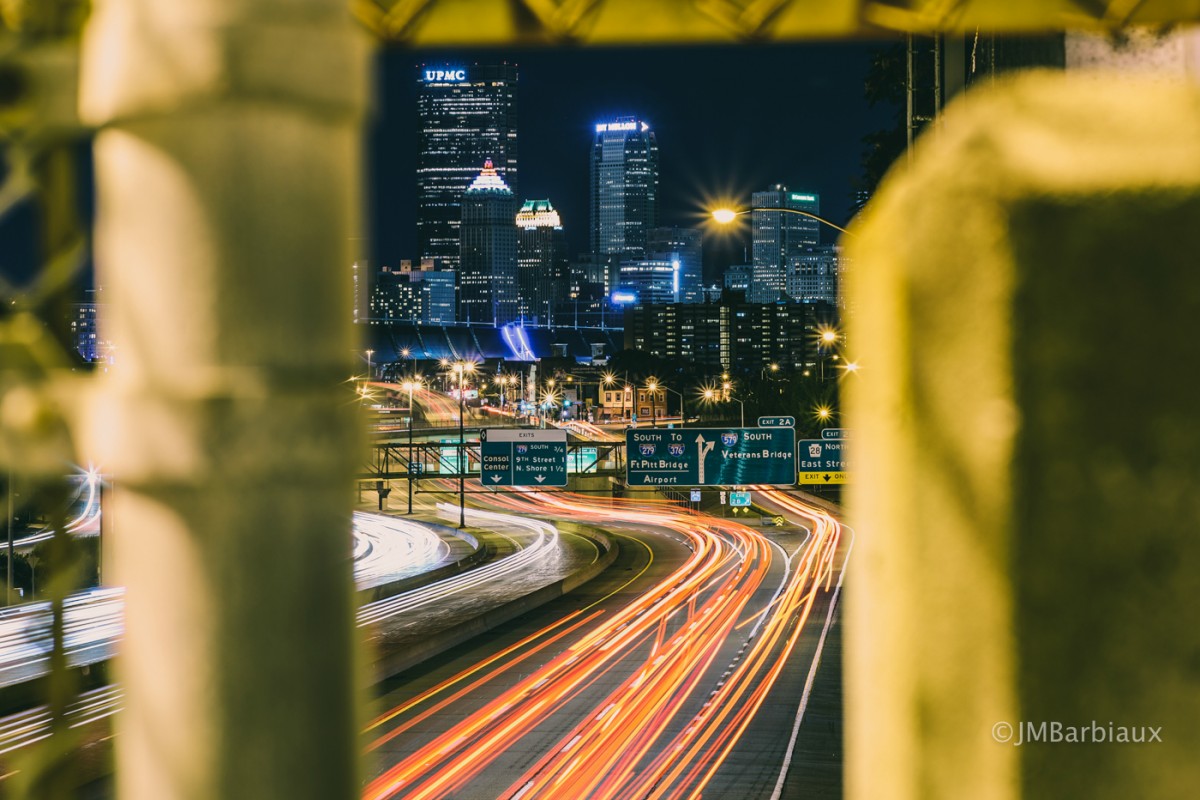 If there is a place you have been avoiding because it seems overdone I’d like to suggest that you revisit it and challenge yourself to do it better than the photographers before you…  If not better, then at least different.

Want to know how to create light-trails?  Bookmark the site and check back regularly, I’m finishing up an article on how to take shots like the ones above and I’ll post it soon.

Written By
John Barbiaux
More from John Barbiaux
The contest entry page has been updated with the newest entries so...
Read More
0 replies on “Creating Unique Images In Popular Places”