When you give someone a camera and ask them to photograph something, a door like above perhaps or a garage like in the photograph below, they instinctively want to back up as far as needed in order to fill the frame with the entire subject.  It’s hard-wired into our brain that a photograph of something should contain the entire “something” otherwise we screwed up.  Rewiring your brain can be tricky but it’s possible. 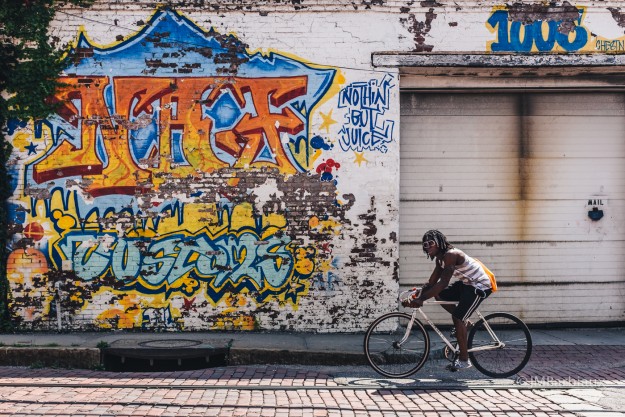 When you look at images like the door at the top of this article your imagination automatically fills in the missing parts.  It’s not some fabulous construct that your mind comes up with, no, it’s just connecting the dots in a non distracting way.  That’s the beautiful thing about creating more abstract images like these, it reduces distractions and emphasizes your subject. 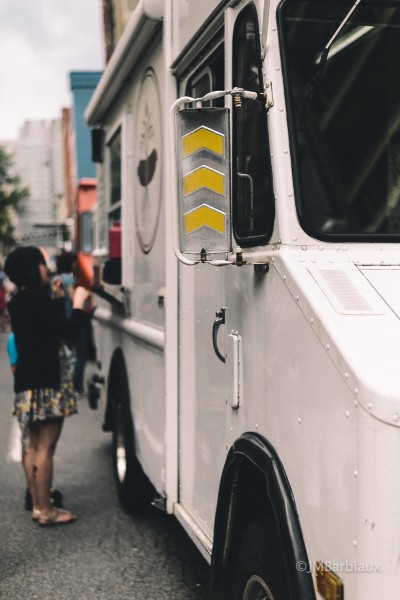 This type of framing can be used in all different types of photography; travel, street, landscape, still life, etc..  The image above captured the crowd lined up for food outside of the truck as well as the food truck…  Without capturing the entire crowd or food truck.  Had the image contained the entire truck and crowd it would have been full of distractions and looked like a normal snap shot, far less interesting. 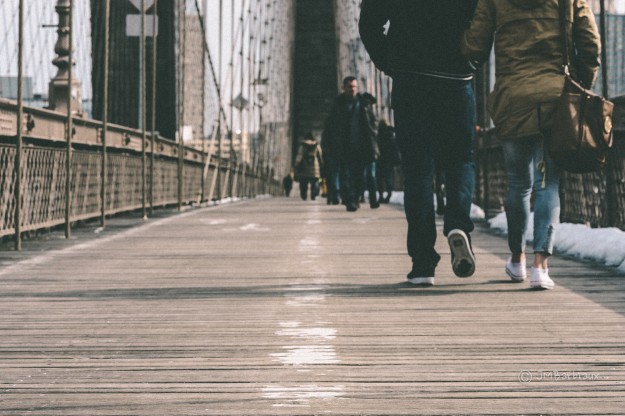 It’s considered wrong, by who I don’t know, to cut off the heads of your subject in photography.  Compositional rules tell us this makes viewers uneasy…  Does the photograph above make you uneasy?  Or does it emphasize walking, people walking on a busy path that crosses the Brooklyn Bridge.  Capturing their entire bodies would have, to me, taken away from the composition. 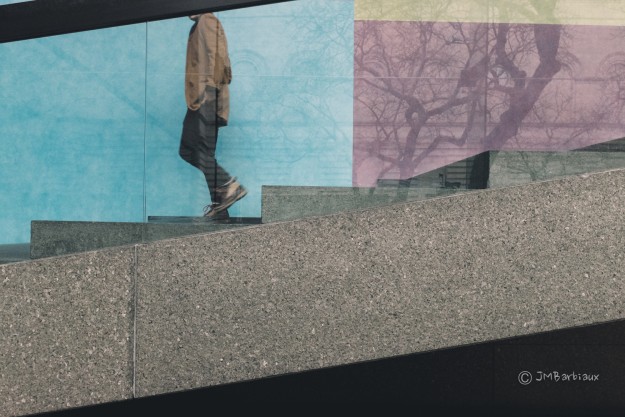 Here is another example of framing chosen based on an abstract thought rather than the notion that I needed to fit the subject and his surrounding into my frame.  By deliberately standing so that the railing of the stairs would block part of the subject’s head from the viewers view the image retains a little mystery and the emphasis is less on that single subject but more spread between the person, the stairs, and the colorful wall.

Had I moved the camera down a mere inch or two I would have captured the face of the subject and the rest of the image would have been less prominent.  You may not have noticed the shadow of the tree in the glass that lines the stairs or the slight outline of the granite in the shadowed wall below the stairs. 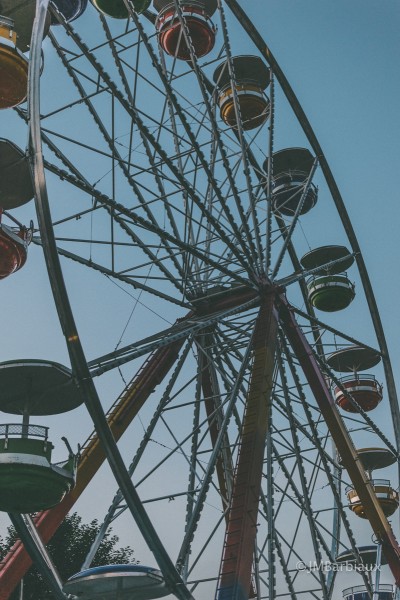 Sometimes, like in the image of the Ferris wheel above, you’ve got to compromise between the two and hold the camera at an odd angle in order to capture the part of the subject that would make the frame the most interesting.  The point is, there is no wrong way to take the shot…  Just boring or interesting.

I can’t emphasize the first tip enough, this really is the secret ingredient to making this type of framing successful.  If you’re having trouble isolating what makes a scene interesting to you try the process of elimination.  Take the door at the top of the article for instance; The door in and of itself was fine but when I began to think about what made it jump out at me this is how my train of thought looked:

Sometimes it pays to contemplate a shot rather than snap it and then try to crop an interesting image out of a larger uninteresting one.

Will you take the photo challenge?  Spend a day using this framing technique and see if you can improve your photographic eye.  You can share your images with us on the PhotolisticLife Flickr page.  Leave your thoughts in the comments below.

Written By
John Barbiaux
More from John Barbiaux
Wise men speak because they have something to say; Fools because they...
Read More
One reply on “Composition 201 – Improving Your Shot With Framing”