A simple sign stating that the boat activities for the day had been canceled lined the bike path along The Point State Park, a thorn in the side of vendors and visitors alike.  Though crowded at noon it was noticeably more sparse than usual.  Dog shows, a Ferris wheel, and an a Capella group were the main attractions and neither was a hit. 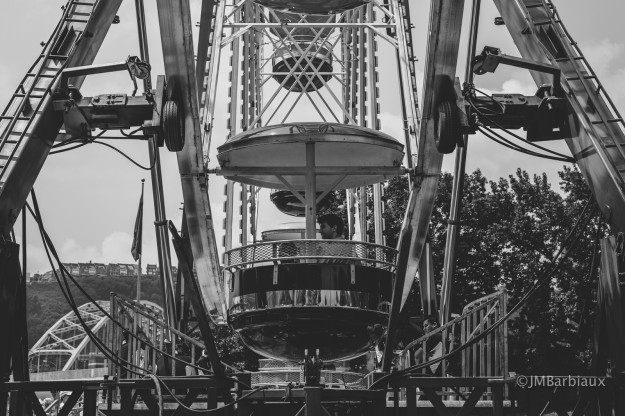 In fact, it looked as though there were far fewer vendors than usual.  They weren’t concentrated at Point State Park as usual but instead spread across the Roberto Clemente Bridge, around the Pirates Stadium, as well as along the River Walk path on the North side.  Perhaps it was the same amount as usual but it seemed lackluster because of the distance they had spread themselves over.  Crowd control?  Had the Regatta gone off without a hitch I’m sure this would have worked in the cities favor. 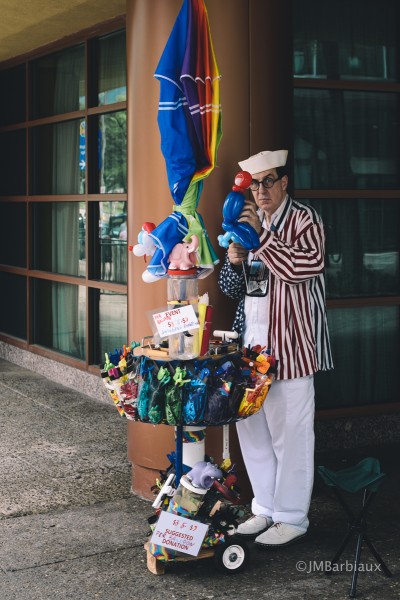 In the years past I can remember walking through town at 10 a.m. and seeing people squatting where they were going to watch the fireworks from but this year there were less squatters than usual even though the heat was the most bearable it had been in years.  The poor balloon man even looked bummed.

The sand sculpture, which is always impressive, was probably the most detailed it had ever been.  Normally you can’t get very close to the little metal fence that keeps children from punching holes in the sculpture but today, because there were far fewer people, there was no problem getting up close and personal with these soulless sand people.

At the end of the day, Pittsburgh is a beautiful city and it’s always exciting when there are vendors and activities to see.  Perhaps next year Mother Nature will cooperate and we’ll see some speed boats ripping up and down the river with reckless abandon once again.

Written By
John Barbiaux
More from John Barbiaux
Update: Check out the review on the 50mm f1.8D before you decide...
Read More
0 replies on “The Regatta That Wasn’t – Pittsburgh’s 4th Of July Festivities”