There’s nothing quite like taking a stroll through mother nature to get rid of a little stress. The birds are chirping, the breeze is cool, and gnats are flying into every orifice. I’m not much for taking photographs of wildlife but if that’s your thing then the forest is the place to be. I enjoy looking for ways to create interesting landscape photographs in the forest, it can be rather difficult because of all the distracting elements. 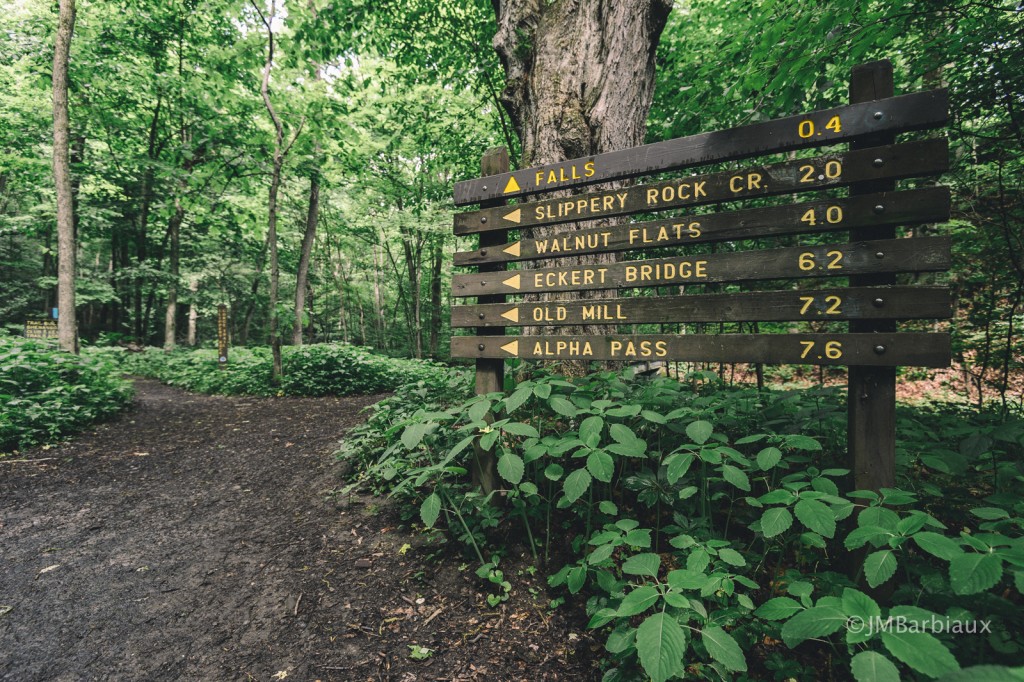 Today I took my Nikon Df

, tripod, and a neutral density filter to Hells Hollow Trail… I knew there was a fast-moving creek and some waterfalls so the neutral density filter would come in handy. The shot above was taken in aperture priority mode with auto ISO (the same settings I use when practicing Street Photography). All of these photographs were taken with the Nikon 16-35mm f/4

lens. I didn’t bring the circular polizer because I find that I use it less and less when in the forest. I can see how it would come in handy after a fresh rain or if you were trying to eliminate reflections in the water but there wasn’t much water on the greenery and I wanted the reflections on the water when I shoot with the neutral density filter (it makes the water look like a mirror).

The shot above was the only one taken with auto ISO, when using a tripod I shoot at ISO 100 almost 100% of the time. 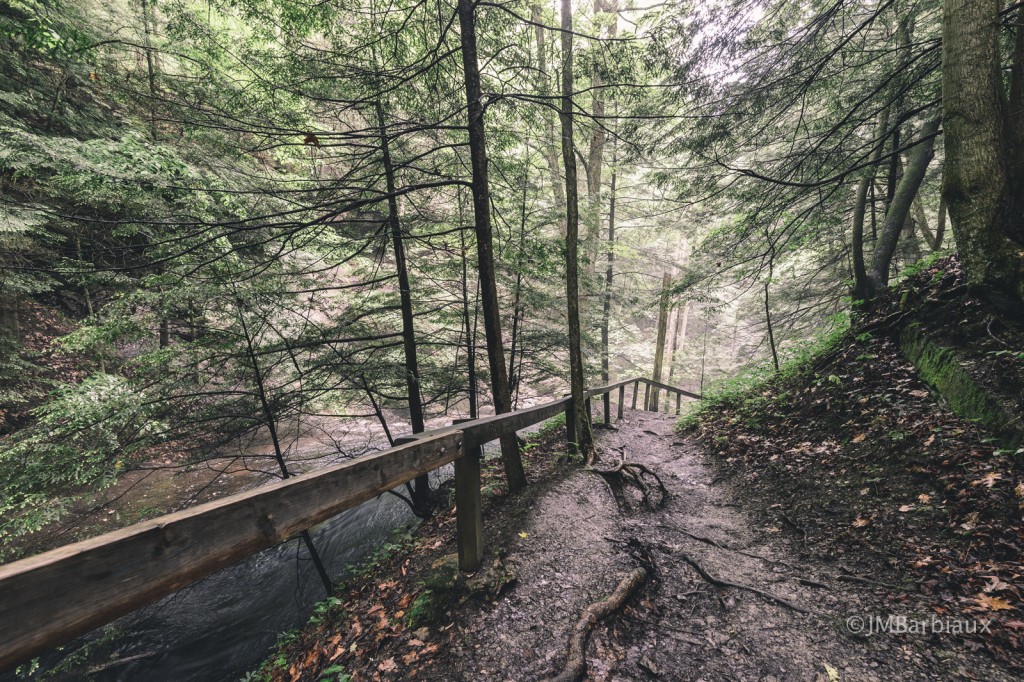 It had rained a little the night before and earlier in the afternoon so as the temperature began to rise again it created a little fog. I took advantage of the fog as much as I could, I think it gave the images a unique look. The fog added a sort of dreamy look to the photograph and made the highlights look more creamy rather than harsh. 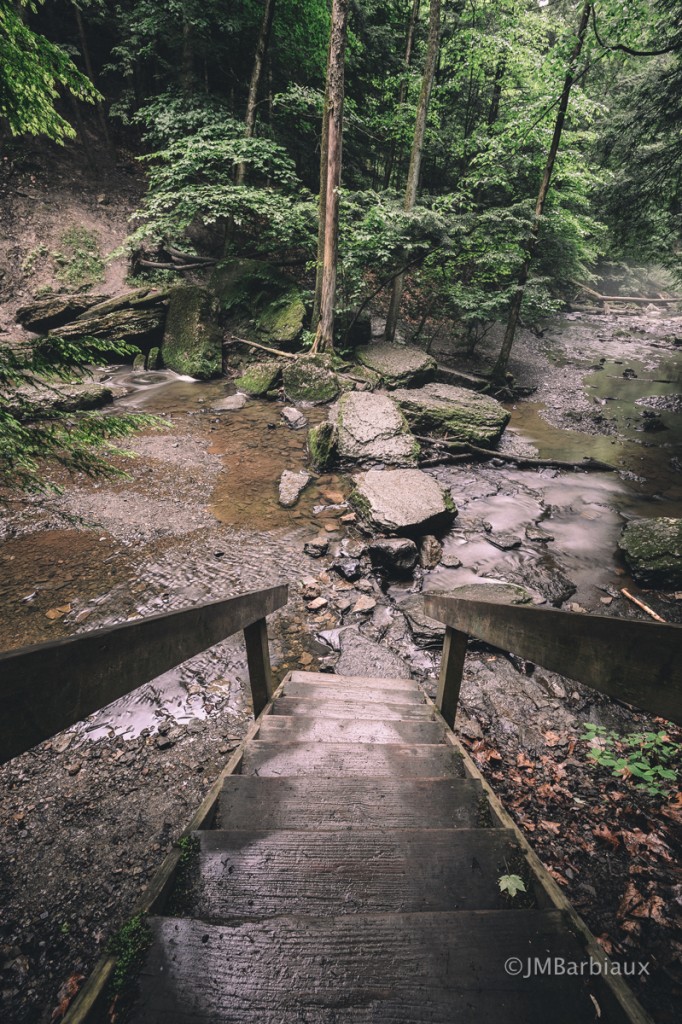 I’ve really been trying to capture in my images what draws me to a scene. I had to do a double take as I was walking down these stairs because I felt like I really enjoyed the view but couldn’t quite put my finger on why. As I back tracked back up the steps I realized it was a combination of the stairs and the stone path-way that grabbed my attention (among other things). I set up the tripod, set the camera to mirror lock-up, added the six stop ND filter, and fired away. 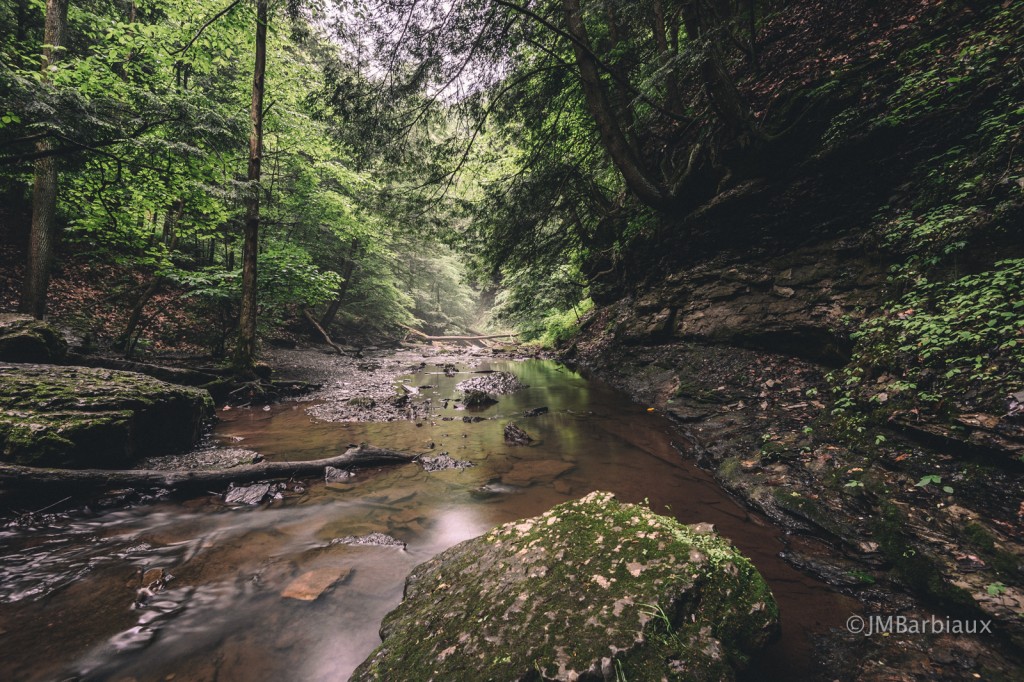 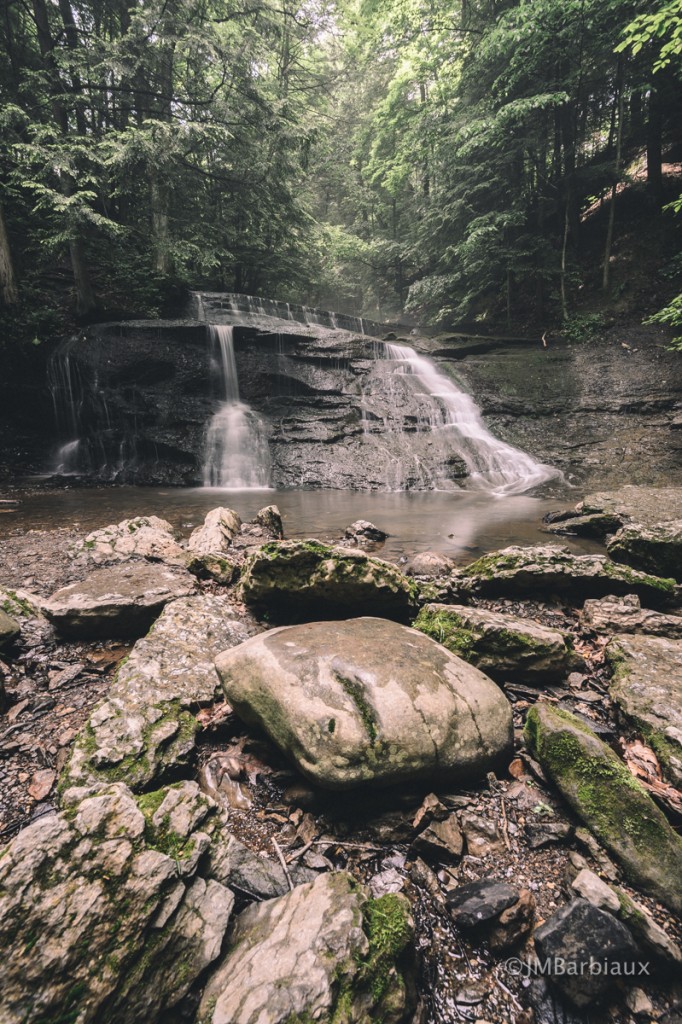 The waterfall is beautiful. Instead of getting up close and personal with the falls I chose to shoot from behind some foreground elements. I generally try to capture some sort of foreground when possible because I feel like it really gives the photograph some depth. 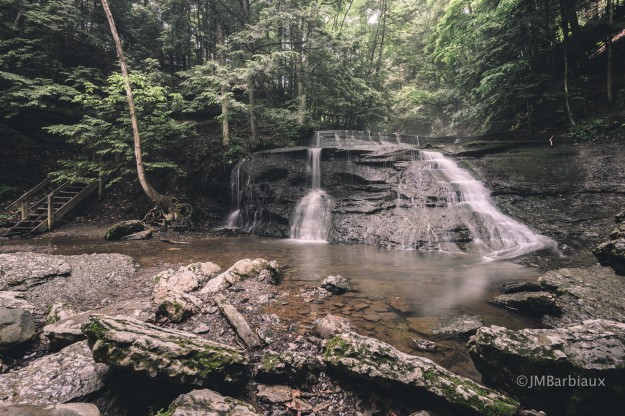 I always value your feedback, feel free to leave your thoughts in the comments below.

Written By
John Barbiaux
More from John Barbiaux
The use of color in photography can create dynamic images that grab...
Read More
0 replies on “A Photo Walk At Hells Hollow”