Light trails are the streaks of light created by bright lights that move through the frame as your camera creates an exposure, typically at longer shutter speeds.  Light trails are often seen on busy streets or mountain roads but not always, you can create light trails by walking through you frame with a LED light or flashlight so long as the shutter stays open long enough and the light is dark enough.

Though light trails aren’t terribly difficult to create there are certainly a few things you can do to ensure your images end up looking stunning every time.

If it’s too bright out your light trails will be dim at best and no matter how long you leave your shutter open you’ll end up with either barely visible light trails or blown out highlights and sometimes both.  My favorite time to create light trails starts about an hour after the sun has set or an hour before it rises. 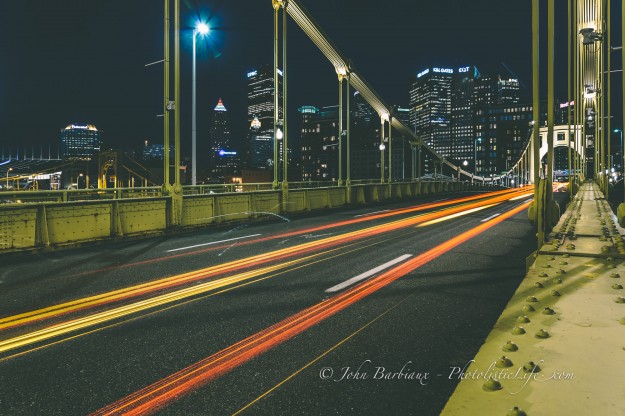 Though light trails are interesting they rarely carry the entire photograph, there has got to be something interesting to catch viewers eyes.  Maybe it’s an interesting sign, a person standing still, an old gas pump, or part of a structure like in the image above. 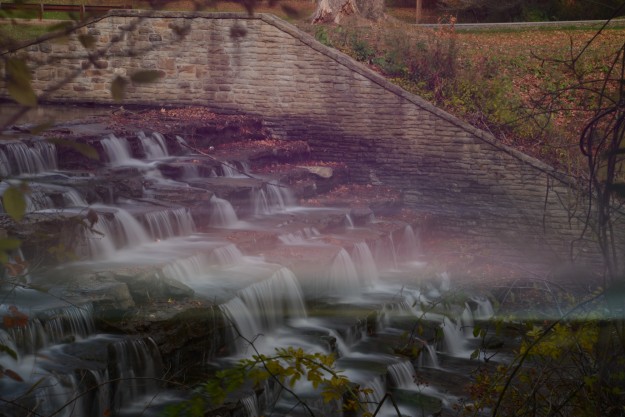 Not a light trail, I know!  But this is a great example of light leakage.  The camera, Nikon D600, didn’t have the viewfinder cover on and the light from the sun caused streaks and discoloring.  The same thing can happen from bright street lights at night.

Most DSLR’s have viewfinders and these viewfinders will allow light leakage if they aren’t covered properly.  In fact, any time you are shooting long exposure photographs you should cover your viewfinder in order to avoid discoloration of the final image or lines of light crossing the frame.

Most manufacturers make covers for the viewfinder that snap in place so that you don’t have to cover the viewfinder with a cupped hand or your hat (I’ve tried this, it’s difficult not to bump the camera).

don’t need covers for their viewfinders.  An easy way to test this is to turn down the lights in your house, set your shutter speed to 30 seconds, and shine a flashlight into the viewfinder (simulating a bright street lamp shining into your viewfinder).

I wanted to make a note about the quality of light trails themselves, not all light trails are created equally.  You’ll want to make sure the exposure is long enough that the light trails travels the entire way through your frame, there is nothing worse than patchy light trails (you can also accomplish this by taking multiple images and stacking them on top of each other in post processing…  I don’t do this because it sounds like a lot of work).

Prepare to spend a good half hour to 2 hours in the same spot taking shot after shot (especially if you have long exposure noise reduction on, each 30 second frame will be followed by a 30 second dark frame with the mirror in place).  What you’re looking for is a variety in the light trails.  I like to capture at least one bus in the frame to capture light trails at all different levels (the blue light trails in the top image are from a bus).

Finally, don’t get hit by a car.  Seems obvious but you’d be surprised how many numbskulls I’ve seen placing their tripod in the middle of the road to get light trails on each side of them.  It’s not worth it.  There are plenty of crosswalks that would give you the same vantage point and at the end of the day, if it seems dangerous error on the side of caution and move on.

Show us your best light trail shot!  Head over and join the PhotolisticLife Flickr page and share your shots there.

Written By
John Barbiaux
More from John Barbiaux
If you have ever been to Pittsburgh you’ve probably seen this dinosaur...
Read More
0 replies on “3 Ways To Improve Your Light Trails”