I’ve spent my whole life living in Branson Missouri.  Thirty three years, man and boy, I have called this town my home.  When I tell people this, I get reactions ranging from “Oh, that must be so cool!” to “Branson, isn’t that the Vegas for old people”?  The truth lies somewhere in the middle, but I can’t deny, living here has afforded me some opportunities that you would get in few other locations.

I was recently contacted by my friend, Dean Z, about re-creating some of Alfred Wertheimer’s classic photos of Elvis.  I should explain, Dean portrays Elvis in the Legends In Concert show here in town.  He also happens to be the 2013 Ultimate Elvis Competition winner, as named by the people at Graceland themselves.  At the time of this writing he is in Las Vegas receiving the “Heart Of The King” award.  In short, I’d be photographing the #1 Elvis Tribute Artist in the world, re-creating some of the greatest photos ever and did I mention we’d be using Steve McQueen’s motorcycle in the shoot?!?! 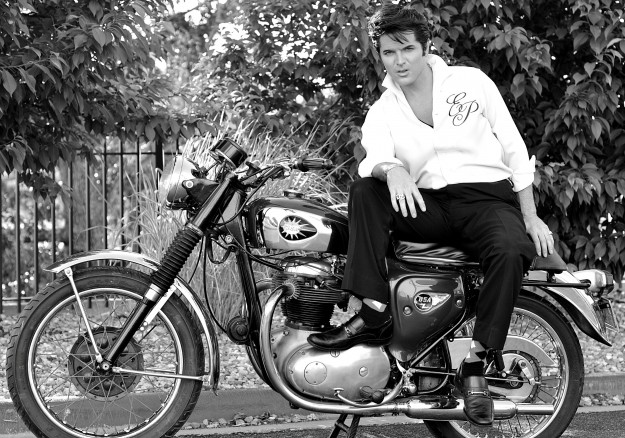 Dean and I set out to re-create one of Wertheimer’s photos in particular, a classic shot of Elvis sitting on a Harley.  Though the bike we were using was McQueen’s BSA (graciously on loan from Branson’s Celebrity Car Museum), we tried our very best to nail the pose and shooting angle of the original shot as close as possible.  I found myself laying on the asphalt scooching around on my back like a bug on a hot rock, or perhaps a man on a fuzzy tree, looking for the right angle.  We were shooting in the driveway of the Legends theater, so cars were whizzing by and I had to keep one eye open to avoid getting run over.  Remember what I said in my last article about “shoot fearless”? 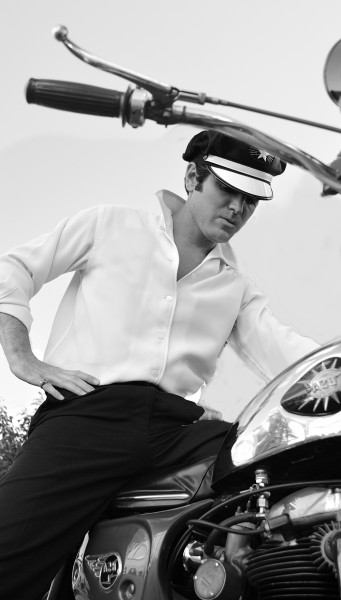 Fortunately for me, Dean has been a student of The King since he was literally 3 years old!  Add to that the fact that he is quite proficient with a camera himself and the shoot pretty much directed itself.  A “lower your head” here and a “stick your leg out a little more” there, and we had a shot we were both happy and excited about.  And that’s when the fun began… 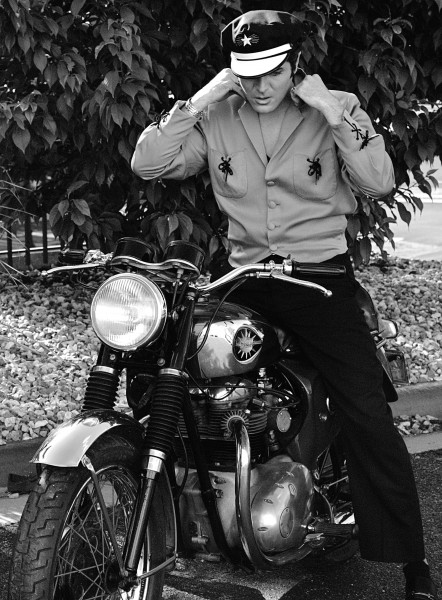 With the main shot out of the way, we decided to do some freestyle shooting.  I had studied Wertheimer’s photos leading up to the shoot and wanted very much for these shots to have the same feel as his.  I found myself thinking the whole time, “What’s a shot he MIGHT have taken, and just didn’t”?  This really broke me out of my tried and true habits and made me shoot in ways I normally wouldn’t, which is awesome and something I highly suggest all photographers try! 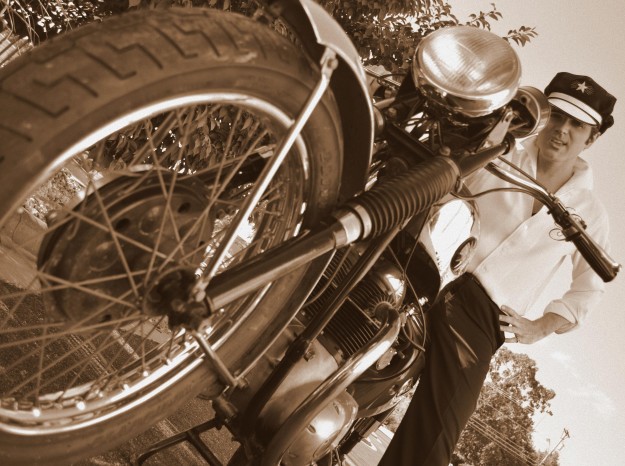 One example of a shot that I might not have otherwise taken is the one below.  In addition to the decision to use the lens flare I was getting to further the “weathered” vintage look we were after, I also centered my subject in a way that’s very unusual for me.  I’m guilty of taking the term “rule of thirds” too literally.  I wish they’d call it the “suggestion of thirds”, because in studying Wertheimers photos, I found many that didn’t follow this “rule”, yet no one could argue that they are not great photos.  If I took nothing else away from this shoot, that was a biggie! 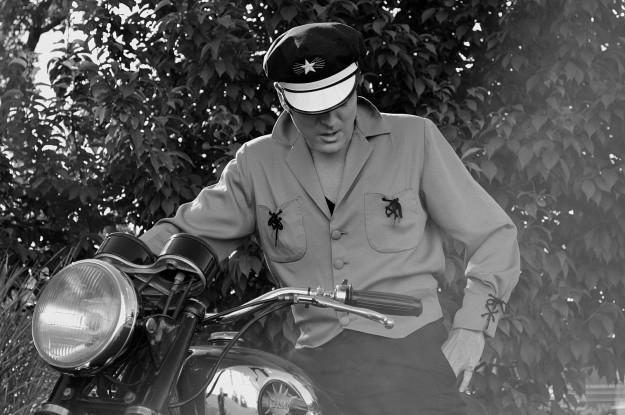 Here’s another shot where I tried a technique that I was familiar with, but don’t often use.  We were shooting at about 6:00 pm central time and the Sun had been peeking through the large bush in the background.  I had been adjusting to keep it shaded and occasionally using it a bit for lens flare like in the last photo when I remembered the trick where you set your aperture to F/13 or above to get a “starburst” from any point of light that you might be shooting.  This ended up being my favorite photo from the shoot and I might not have gotten it had I not been trying to put myself in another photographers head instead of just shooting my own style. 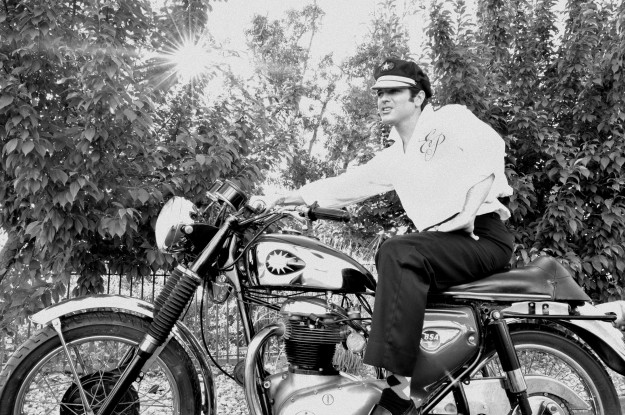 Since this shoot, I’ve done a couple of more shoots where I tried to think in the style of a photographer who’s work I admire, and each time I’ve walked away with shots that looked much different from my previous work.  It’s such an easy way to try new techniques and achieve a different vision from your norm that I can’t think of any reason for all of you not to try it!  You don’t have to find yourself a dead ringer like I did either, grab a friend, pull out a cool photo, and go shoot.  It’s not important that you get an exact duplicate of the photo, it’s what you learn in the process!  Now, go shoot!

Written By
Brad Williams
More from Brad Williams
Bringing In Outside Elements To Make Your Photos More Interesting As I’ve...
Read More
One reply on “Elvis, Steve McQueen, And Shooting In The Style Of A Legend”