Of an extent, amount, or intensity considerably above the normal or average.

Why do we study art?  Why study anything if not to better understand it.  We study art, specifically photography, so that we can master (hopefully) the ability to create great images ourselves.

Great photography does not have to consist of just one of the traits listed below.  In fact, some of the best shots I’ve seen use many of the various characteristics together.  An example of this would be using a leading line to draw the viewer’s eye to your subject that is also reflected in water (e.g. a stream leading to mountains). 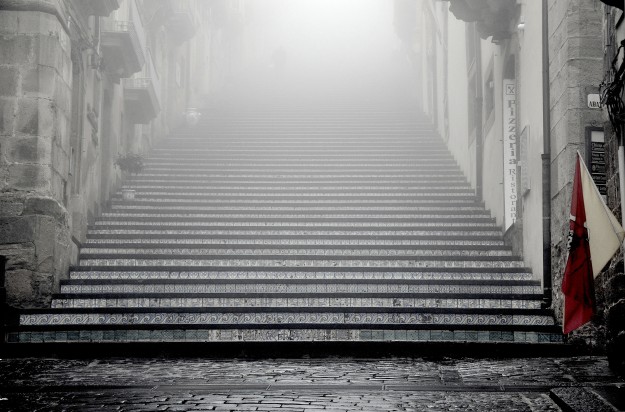 More often than not you’ll come across images that could have been great but lack an interesting foreground, something to catch the viewer’s eye.

As a tack.  A sharp photograph shows intent and skill.  However, there are times when parts of an image are acceptably blurry like in panning shots or with the use of neutral density filters.

When you take a walk there is a good chance that most of what you see is from between 4 and 6 feet high (eye level).  Sometimes all a photograph needs to be interesting is a change of perspective…  A shot taken from a few inches from the ground or under the subject, something not usually seen makes for great images.

Not under or over exposed is too obvious.  A photographer who knows how to really work with light can create some truly stunning images.  Some rules are meant to be broken and lighting is one of them.  Besides, who gets to decide what is perfectly exposed?  I chose the image at the top of the page because, A: it’s a great image, and B: the photographer was creative with lighting and stepped outside of conformity with areas of the photograph that were over exposed.

Symmetry is the quality of being made up of exactly similar parts facing each other or around an axis.  Symmetry can play tricks on our brain and when used properly in photography it creates interesting photographs.  Photographs of architecture often use symmetry.

Shadows give depth to two-dimensional images.  Shadows can be used as leading lines or just interesting composition builders.

Whether it’s the subject standing out from its background or two subjects that contrast with one another (e.g. small child next to an old person or a new sports car next to an old vintage car), contrast adds an interesting element to any photograph.

Candid shots stand out as being far better than portrait style shots (opinion), it’s much more interesting looking at someone who isn’t reacting to the camera but instead, living their life…  It’s like you get to glance through a window into their world for a moment (in a non creepy, stalker, way).

As I mentioned above, combining compositional elements can created dynamic, unique, images that grab viewers attention.  Think about combining things like the Rule of Thirds, reflections, framing, and leading lines all in one photograph.

I touched on isolation under depth of field but aside from depth of field, isolation is the photographers ability to draw the viewer’s attention away from anything distracting in the image and lead them right to the main subject.

These are some of the characteristics that I’ve found to be recurring in many great photographs I’ve come across.  Hopefully you’ll find including them in your own photography helps you create better photographs and get all sorts of compliments from more than your mother or significant other who both have to tell you it’s the best photography they’ve seen because they love you…  Sometimes.

Written By
John Barbiaux
More from John Barbiaux
From time to time I like to throw a photography challenge your...
Read More
0 replies on “Key Characteristics Of A Great Photograph”