So you want to dabble in street photography but you’re afraid people will want to punch you in your lens for taking their picture.  You aren’t alone, there isn’t one street photographer that I know who didn’t feel the exact same way when they started out.  Like most things, you are your worst enemy here…  Overcome your fear of pissing someone off and you’ll unlock incredible potential and love doing it.

Street Photography is an art photography that features the human condition within public places and does not necessitate the presence of a street or even the urban environment. The subject of the photograph might be absent of people and can be object or environment where the image projects a decidedly human character in facsimile or aesthetic.

Let’s not get ahead of ourselves though, the first thing we need to do is get you comfortable taking photographs in and around the general direction of living human beings.  Just having your camera out and taking some photographs around strangers can be daunting to some of us.  The good news is you don’t even have to photograph a person.  Yes, that’s right…  There is no rule that says street photography has to be photographs of strangers.

The best way to get comfortable with street photography is to practice by taking photographs of buildings, objects, etc., from the streets.  You’ll start to break down your inhibitions of using your camera in a crowd of strangers after photographing from amongst them.  There are complete Flickr pages set up with thousands of members and even more images devoted to Urban Fragments photography (they literally say “No People”). 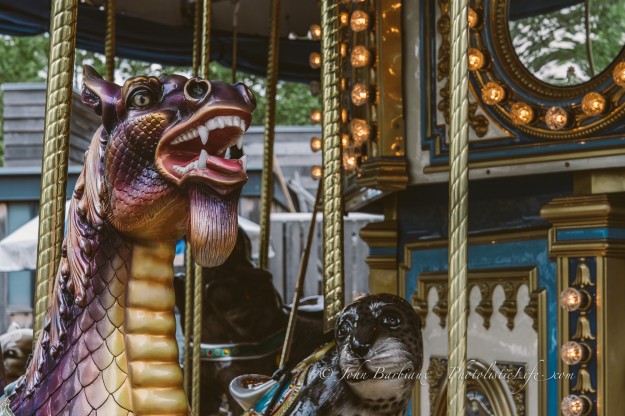 It’s important to stay in the “Street Photographer” mindset when photographing urban fragments in the realm of street photography.  Think about your subject and how it represents the human condition, like any photography the story your image tells is just as important as the image itself.

When you mention street photography you’ll elicit thoughts of candid shots taken of people living their everyday life, people not reacting to the lens with phony smiles or the duck-bill lips that women make when they think they are being sexy (don’t stop though, makes me laugh so hard). 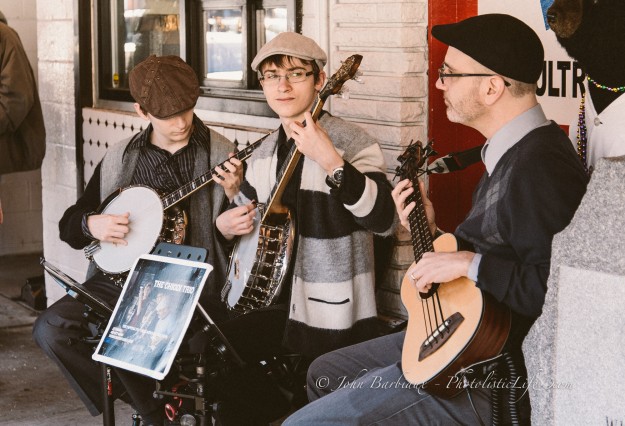 This type of street photography can be the most difficult to capture because the person behind the camera (the photographer) isn’t comfortable with the possibility of making someone else uncomfortable.  But don’t worry, there are a few approaches in addition to Urban Fragment photography that we can take to reduce that awkward feeling.

This seems obvious, the further away from your subject the less likely you’ll be uncomfortable taking their photo and there is a pretty good chance they won’t even know you’re doing it.  One approach is to pretend you’re photographing something else and they just happen to be in the frame… surprise!  This is a great way to ease into Street Photography. 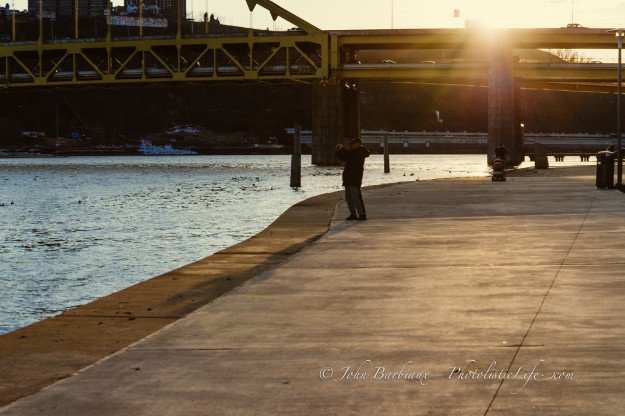 Shooting from a distance gives you a head start to run away if you upset someone… I’m half joking.

Another way to steal photographs of complete strangers is taking them from behind them after they pass on by.  If you’re just dipping your toes into street photography then this is a great way to start without feeling anxious about facing complete strangers.  The photograph below was taken as the child and his family walked past me taking photographs of something else, the boy was intrigued with all of the locks on the fence and I thought the story was interesting. 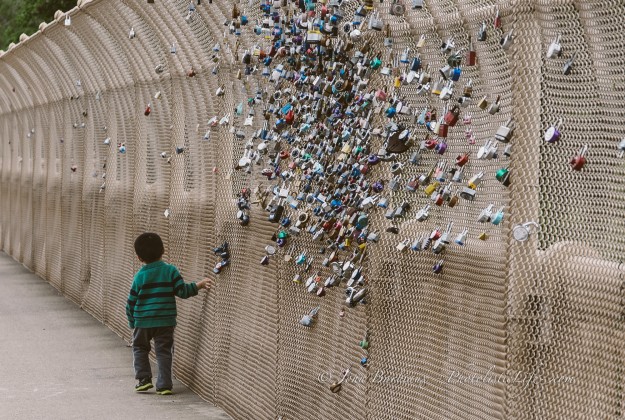 The best thing about subjects on bikes or in cars… they are in too big of a hurry to bother with you as you snap their picture.  I recently did a photo project where I focused on Sicilians zipping around Sicily on Mopeds and Bicycles and had a ton of fun.  I’d be lying if I said I wasn’t uncomfortable at first, after about the tenth photograph I felt much more comfortable and that even spilled over into my walk through the city photographing complete strangers. 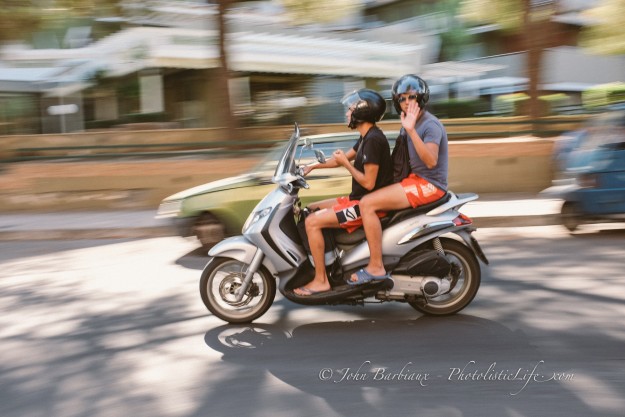 Not everyone hates having their photograph taken.  Taken with the Fuji X100S

The smaller your camera and lens the better.  Even if you’re comfortable with taking strangers photographs I can tell you there is nothing that makes someone more uncomfortable than having a giant camera with a two foot lens pointed in their general direction.  Range finder like cameras (think Fujifilm X100S

) are the weapon of choice for lots of street photographers.

You can read my review of the awesome Fuji X100S here. 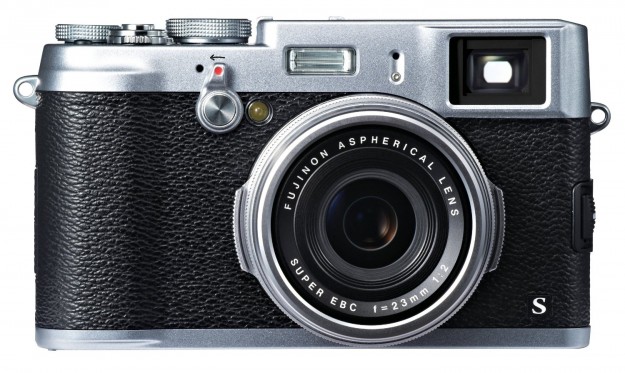 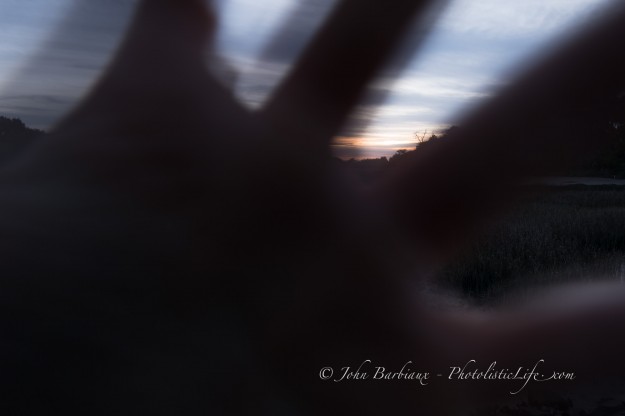 Who knows, who cares, who is next?  That is what you should keep telling yourself when you run into someone less than thrilled to have their photograph taken.  If you think about it, when someone is rude like that it could because they’ve had an awful day or they are upset for some other reason unrelated to you and you’re the easiest target.  Don’t sweat it and move right along to the next subject.

Stay tuned to PhotolisticLife for the rest of this series all about street photography.  You can follow us by entering your email address into the box on the right of this page or head over to our Facebook page and like us there.  Enjoy!