Visiting the beach is a blast… the smell of salt in the air, sand between your toes (and everywhere else), and the soothing sound of waves crashing on the beach.  Taking interesting and unique photographs at the beach can prove to be a challenge and can elude photographers.  In order to capture dynamic images you’ll have to think outside of the box. 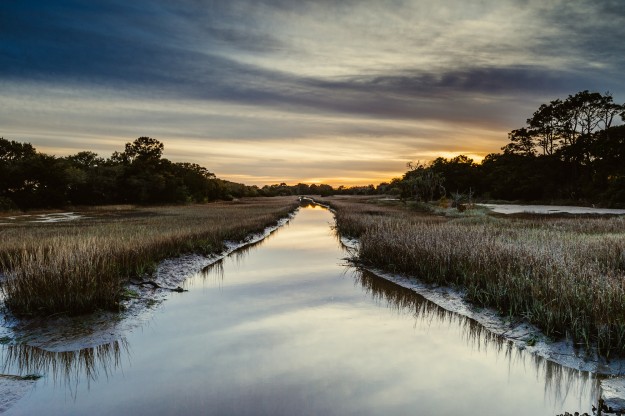 There are a billion photographs of the sun setting over the ocean, think outside of the box (or beach).  The shot above was taken a couple of miles from the beach, it’s a river that feeds into the inter coastal waterway that eventually empties into the ocean.  Sunsets at the beach bore me.  I am sure you’re thinking something is wrong with me but after you’ve seen so many it’s hard to find one that grabs your attention, so I decided to take advantage of the reflections in other bodies of water near the beach.

I’d have liked to find a river that faced West so I could have had the water act as a leading line (as well as the reflection from the sun) acting as a natural path leading viewers eyes through the frame.  What I found instead is what you see above, the sunset was off to the right but the light still reflected nicely off of the water and the rest of the image seemed to glow. 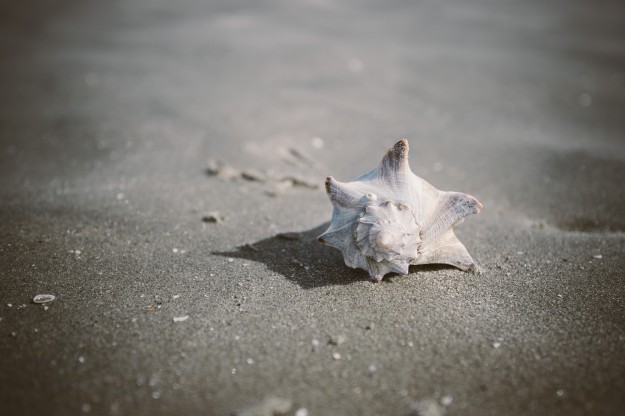 What would a trip to the beach be without a photograph of a seashell?  That would be like visiting the Fair without winning a gold-fish and subsequently over feeding Louis The Third only to find him swimming on his back two days later.  Forget the shot where you stand tall and point your lens down at the shell, capturing the same perspective any Tom, Dick, and Harry could get as they stroll down the beach.  Instead, opt for a new perspective, get low to the ground and move around the shell to find the best angle (I’m sure it looks like I lost a contact when I’m scrambling around on the ground looking for the best angle).  Open your aperture (low f/number) for a shallow depth of field and pull in nice and close. 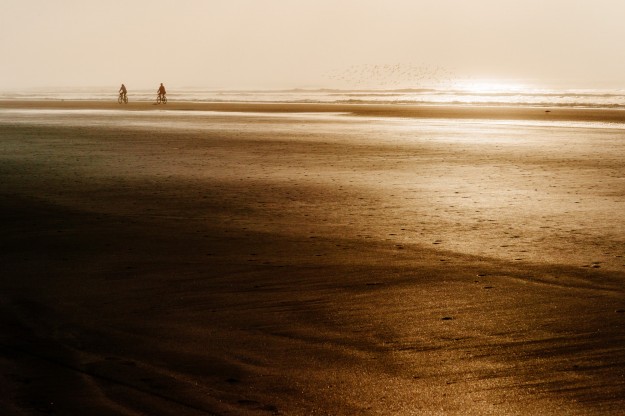 Vacation is the one time where you don’t have to follow any rules, not even your own.  You can go to bed late, sleep in, eat chocolate until your heart races from a mixture of caffeine and pseudo love, and stroll around with your camera from morning till night.  With that being said, it pays to have just a bit of self-discipline so you can catch interesting shots in the early morning fog or late night haze.

The shot above was taken just after I awoke from my slumber and checked the weather, the current conditions said fog so I jumped out of bed and grabbed my camera.  I hoofed it to the beach, about a mile away, and took a few shots with the neutral density filter before hand holding to capture this shot.  When hand holding at the beach like this it’s important to keep a fast shutter speed in case a bird (or flock of birds) grabs your attention and you want to capture a sharp shot of it (or them) so increase your ISO a bit and you’ll be able to increase your shutter speed.

Use A Neutral Density Filter 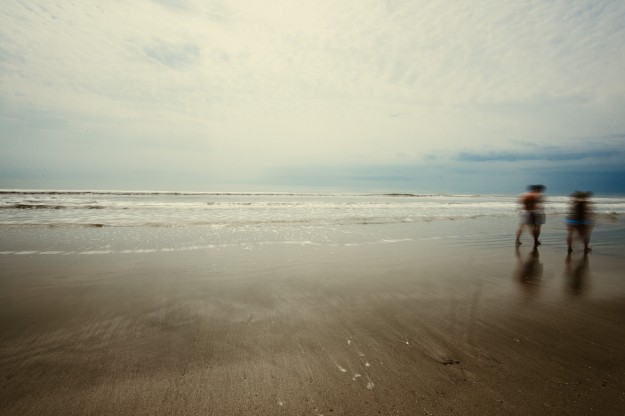 Want to add some artistic flare?  Or maybe grab a shot you’ve never seen before?  Grab a 10 stop neutral density filter.  The filter is almost completely black, only allowing a small amount of light to enter your camera.  You’ll need to focus before affixing the filter to your lens (you can use auto-focus and then switch to manual without bumping your focus ring if you aren’t comfortable manual focusing) or your camera will hunt for something to focus on and come up empty.  Use a tripod and turn off your vibration reduction. 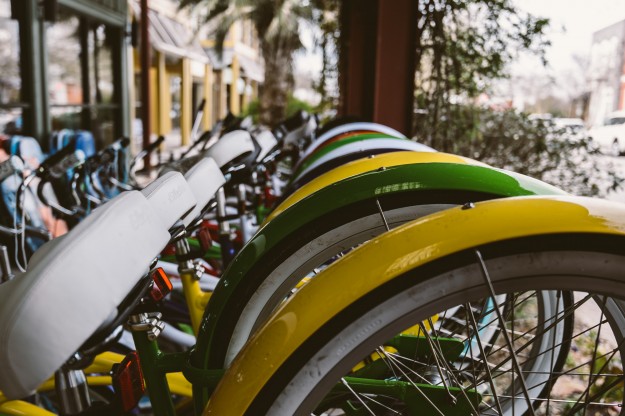 Some of the best shots I take when visiting the beach aren’t even from the beach, they come from the towns that surround the beach.  Beach towns are colorful and full of character, there are a plethora of subjects waiting to be captured (photographs not people, don’t actually capture people… that’s called an abduction and generally frowned upon).

When visiting the towns that surround the beach look for the same things you’d look for at any town, like symmetry, contrasting colors, and texture.  I’d recommend a zoom lens of some sort (I prefer my 16-35mm) to give you the flexibility to get closer to subjects without having to trample the flowers outside of a store – this too is frowned upon.

Go Out After Dark 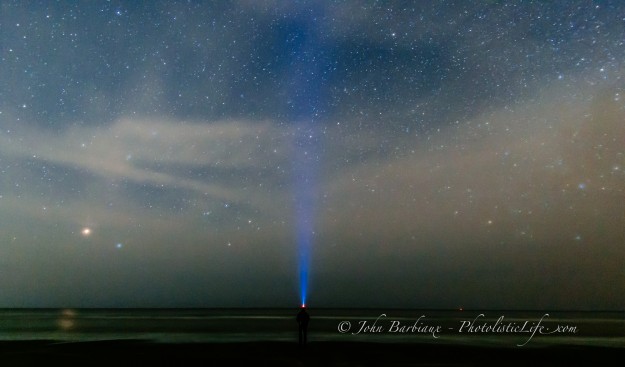 The photograph above was taken in one of the busiest areas at the beach…  After dark.  There was no one around, not even a mouse.  My favorite part of night photography is the opportunity to photograph an area that would normally be bustling with people completely void of said people.

Night photography (or landscape astrophotography) at the beach works best if you have something in the frame to anchor the viewer’s attention.  Anything from an old boardwalk, interesting rock formation, or mermaid will help draw interest from viewers.

If you are new to landscape astrophotography don’t be intimidated…  Throw on your widest angle lens, open the aperture all the way up (lowest f/number), switch to manual focus and focus to infinity, set your shutter speed to 30 seconds, and increase your ISO to 3200.  This should give you a good starting point for a quality photograph, you can tweak your shutter speed (faster if stars look like streaks) and ISO (increase for lighter images and decrease if it looks too bright) as needed.

As you progress in photography, not just learning your camera but developing your mind, you’ll find it’s harder and harder to find interesting subjects.  I know it seems like it would get easier but what I’ve found is that you become more discerning and deliberate with your photography.  It’s no different at the beach, there are only so many bird and seashore photographs one can take before your start praying a bird pecks someone right in the face and you catch it on your camera.  If you remember to get outside of the box, visualize the final result, and try something new you’ll come away with some great shots and more experience.  Enjoy!

If you capture some really neat shots while visiting the beach be sure to post them on our Facebook wall or submit them via the Submit An Article link.  Be sure to include some details like where, camera settings, and some insight.

Written By
John Barbiaux
More from John Barbiaux
How often do you revisit a scene that you want to photograph? ...
Read More
2 replies on “Get The Most Out Of Your Next Trip To The Beach”