Dodging does not mean you dodge foreign objects being tossed at your face by angry subjects…  that is called bob and weave.  When you dodge a photograph you are holding back an area of the photograph more than another, or shading a specific area of a print.  You’ll normally hear the term with its counterpart, burn…  Dodge and Burn.  Burn is the opposite, to lighten a specific area in a print.

Dodging has been done since before you were able to say the word camera, it’s not something fancy those kids with Photoshop came up with.  In fact, like lots of tools you find in Lightroom, dodging and burning is one of those techniques inherited from the days of analog photography where you’d limit the amount (dodging) of light that hit the photo paper or focus the light on a specific area (burning).

The key to properly dodging a photographing (or burning) is to do so in a way that does not jump out and smack the viewer right in their eyeball, subtlety is the key.  Below is a photograph I dodged in order to enhance the detail of the dock. 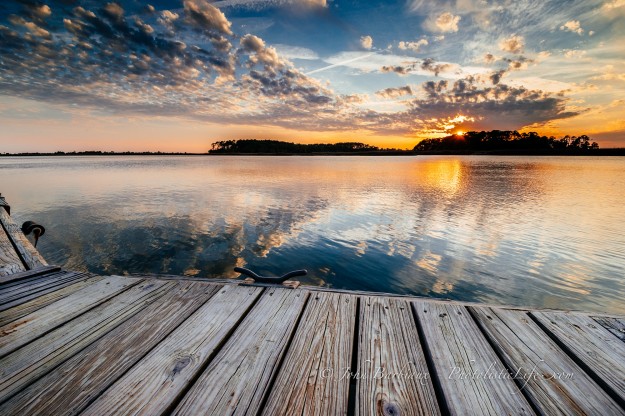 Below is the image before dodging the dock, I used a graduated neutral density filter from Tiffen to get the color in the sky as well as adding another in post processing. 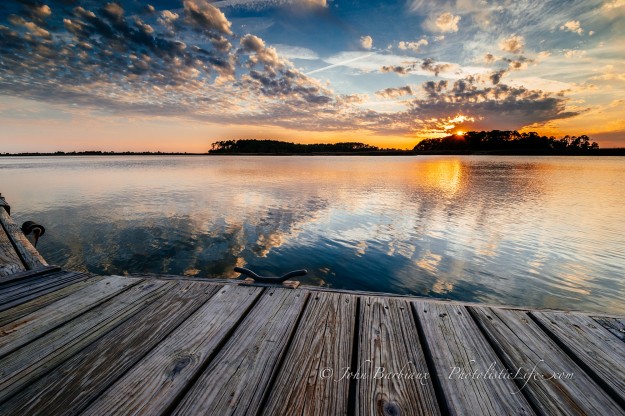 Remember, the only way you’ll have the room to make adjustments like this is by shooting in RAW.  If you shoot in JPEG and then decide you’d like to pull details from the shadows you’ll introduce visible noise to the photograph or won’t be able to find the details you want.  The increase you see in the first photograph of the dock is an entire stop lighter.

This photograph was purely used as an example, I wouldn’t normally dodge the entire dock but the dodging I normally do would be harder to point out.  Give it a try to remember that it’s yet another way for you to develop your photographic style (pun intended).

Written By
John Barbiaux
More from John Barbiaux
Do you have a photograph you’d like to share with the world?...
Read More
0 replies on “What Does It Mean To Dodge A Photograph?”