November 08, 2013, super typhoon Haiyan wrecked central Philippines, affecting more than sixteen million people and killing more than six thousand with 1,785 still missing.  Tacloban City and its adjacent towns in Leyte and Samar Islands took the biggest blow of so far, the world’s strongest typhoon.  Houses, commercial and government facilities were severely damaged and food stocks for relief were all spoiled by the storm surge.  As the city and other local governments goes crippled with the people deprived of most basic supplies, hunger and the stench from dead bodies add up to the haste of getting out from “Ground Zero”. 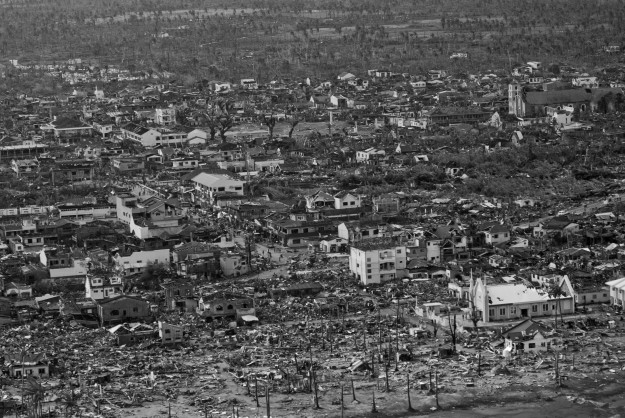 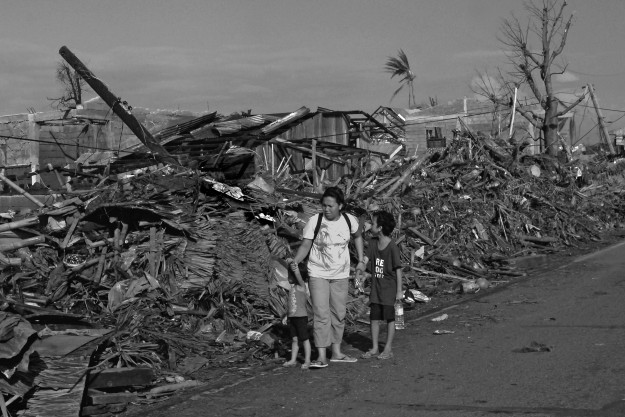 A mother prepares to leave town with her children, as debris pile up on the streets nine days after super typhoon Haiyan wrecked havoc last November 08, 2013. 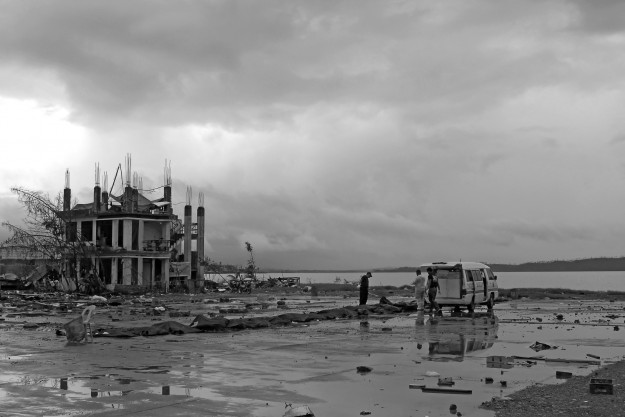 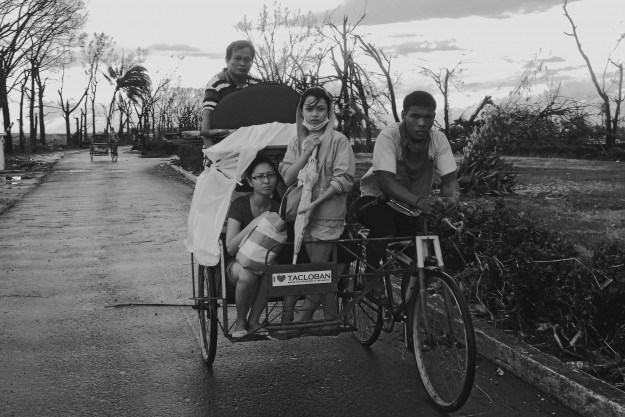 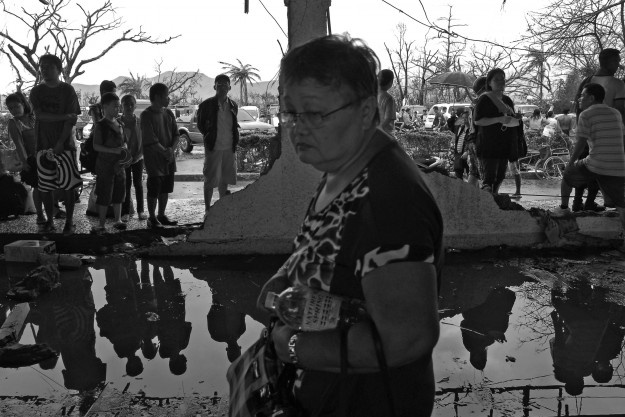 An elderly woman makes her way to the devastated departure area of  Tacloban City Airport, after successfully booking a commercial flight as others wait and see to get a free plane-ride from the Philippine and American Military C-130 planes. 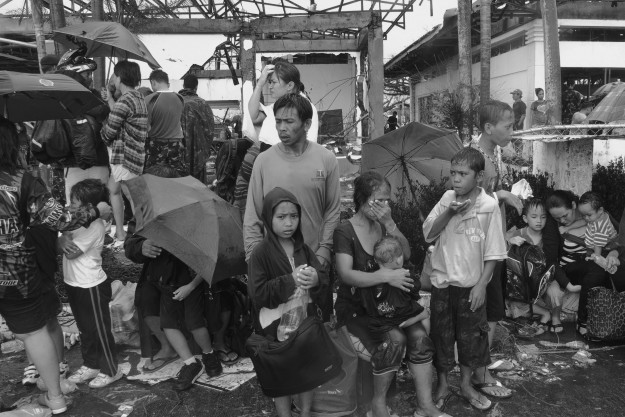 Rain or shine and in hunger, survivors who could not afford to buy a ticket from commercial planes, stayed at the Tacloban City Airport for days trying to get a free plane-ride from the Philippine and American Military C-130 planes.  This after super typhoon Haiyan wiped out their homes last November 08, 2013. 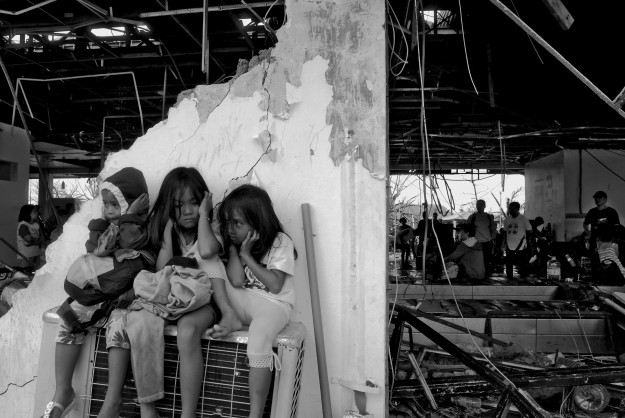 Kids cover their ears from the noise of a USMC C-130 plane taxiing in Tacloban City Airport. 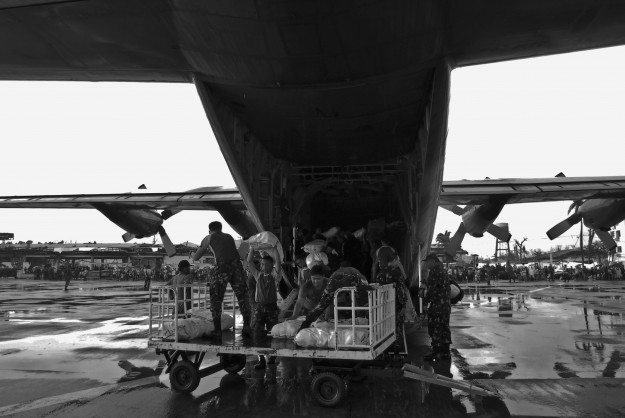 Almost there for their slot of a free plane-ride, survivors anxiously wait for their names to be called. 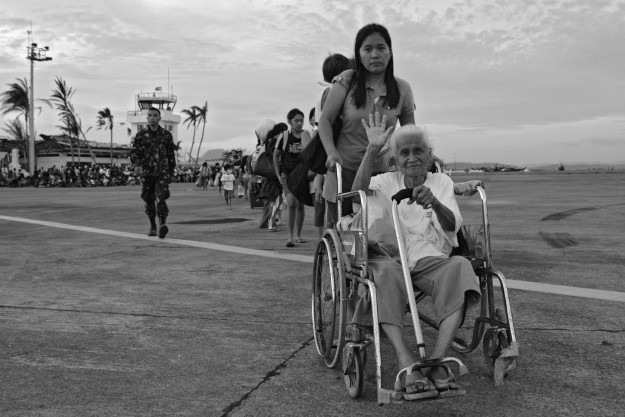 An elderly woman waves goodbye as she is led by a relative to a USMC C-130 plane bound for Manila. 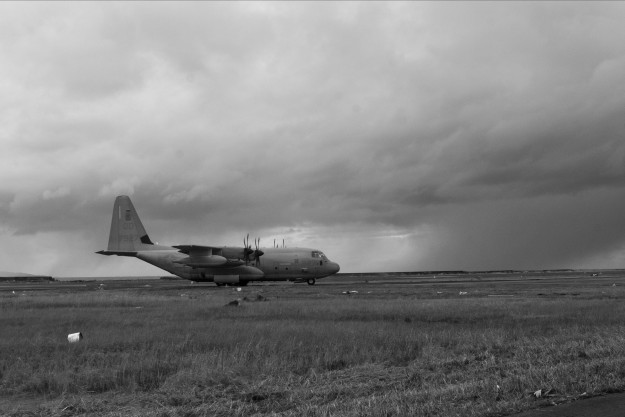 Full of survivors who wanted to get out from ground zero, A USMC C-130 plane bound for Manila prepares to take-off from Tacloban City Airport. 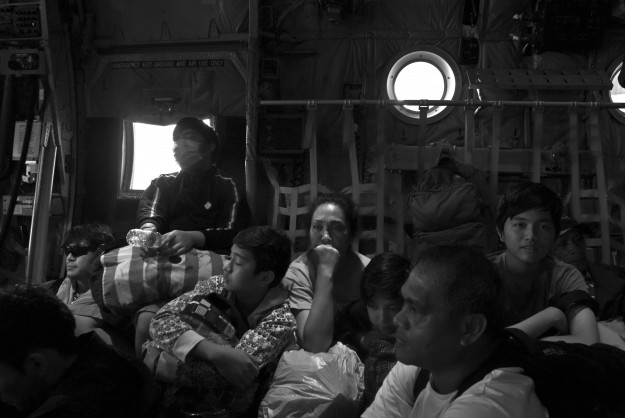 Victor notes that the photos were originally taken in color and later converted to black and white to emphasize emotion. His aim was to engage the viewer in the ordeal of the survivors.  I believe that was a good decision, the bright colors of debris or clothing would surely have distracted his intended audience from the raw emotion these photographs elicit.

Well done.  I especially appreciate the photograph of the three young children sitting on what looks like an air conditioning unit.  The composition itself is good but the photograph speaks volumes and I’m sure everyone will walk away impacted by it.  When I look at that particular photo (they are all good) I am forced to reflect for a moment on the contrast that is present.  The poor children, in a world ravished by disaster, sitting on what remains of the luxury that was taken for granted only days before.  I’m not sure if that was your intention but either way it’s a great shot.

Thank you for sharing your story with us here at PhotolisticLife.

Have you got a story that needs to be told?  There are many ways to share here at PhotolisticLife, you could head over to the Submit An Article page like Victor did and submit your story through one of the many categories or you could head over to PhotolisticLife’s Facebook page and post it to our wall.  We look forward to seeing what the world looks like through your eyes.

Written By
John Barbiaux
More from John Barbiaux
Do you think the saying “the grass is always greener on the...
Read More
0 replies on “Photo Journal Challenge – Leaving Ground Zero by Victor D. Kintanar”