The recipe to being a great photographer is not a mystery.  True, some are born with the gift of a “good eye” but more often than not it’s something more than that.  There are many factors that influence the quality of photography you are capable of, that’s a given.  The most popular answer I hear is gear, the photographer with the best gear will be the best photographer.  False, the gear you use will enhance your talent not give you new talent.  Location is another one of those answers that just is not so, I know lots of photographers that live in beautiful locations that churn out average photographs (check out Flickr).

You could have all the God-given talent in the world but if you don’t have perseverance you may as well stay home.  You can tell the photographers that have it from the ones that don’t.  Think about the last time you went on vacation and tried to photograph the sunset…  The photographer wearing the headlamp you thought looked like a dork is the one that will be there two, three, or four hours after the sun finally sets.  Most photographers will tell you the best light is actually after the sun has set beneath the horizon. 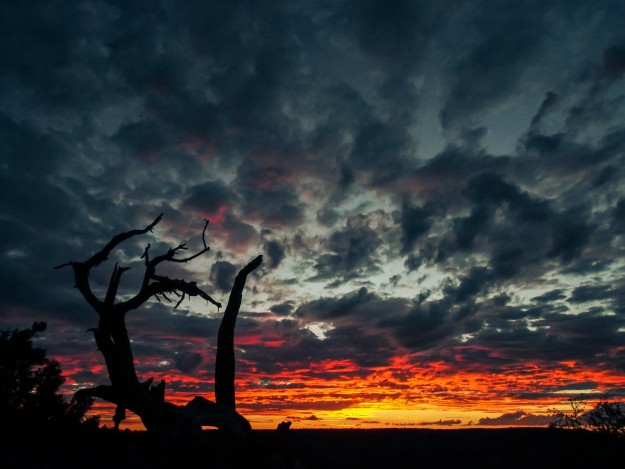 A person with perseverance will revisit the same place dozens of times until the lighting is just right, or they will lug camera and tripod out in the middle of a blizzard for that serene picture they’ve been looking for.  Point is, you’ve got to get out of your comfort zone and not give up if you ever want to be more than average.

Think about National Geographic photographers, they don’t sit around petting kitty cats all day…  They get out in the back country where there are no bathrooms or fast food restaurants, they sit and wait for days and days for the perfect shot.

My mom has been a big influence on my life and her work ethic is like none other, when she commits to something she will see it through.  Recently she went on vacation (she actually took the vacation for the sole purpose of photographing a dolphin I think) with the intent to photograph dolphin stranding (where they trap fish on the beach I think).

The spot was not off of an access road, you had to travel quite a distance down the beach to where the inter-coastal waterway meets the ocean.  The spot, mind you, was not clearly marked with signs saying “Dolphin Stranding” so there was a bit of guess-work involved.  The first day she waited a few hours and finally saw the dolphins but she didn’t have a camera because the three hours she waited were just to see if this was the right place. 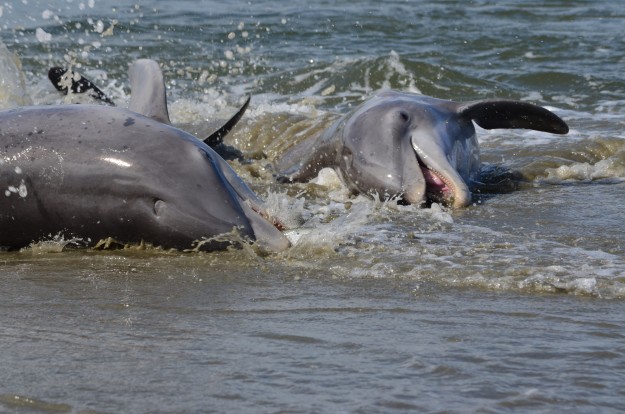 The next day she sat and waited for over four hours and was finally rewarded with the shot that she wanted, a dolphin stranding a fish on the beach and smiling (do dolphins smile?).  My mom isn’t a professional photographer, she doesn’t have a fancy camera or lens, she does have perseverance and it paid off that day.

The photograph below is a part of a series of about 50 different photographs I took while in Sicily this year (it’s one of maybe 5 from the 50 that will every see the light of day) and is going to be a part of a photo project I’m working on.  Perseverance was needed to stand in the 90+ degree heat with humidity that felt as though I was walking through a fish tank for the hours I spent trying to capture a number of photos like this one. 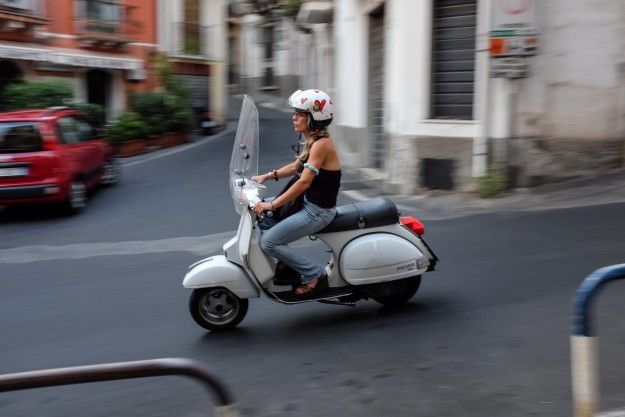 Think about some of your favorite photographs, were they difficult to capture?  Are there thousands of others just like them on the internet?  What makes a truly great photographer is your ability to persevere when others would give up.  Lots of photographers will drive around looking for a great photograph and never get out of the car!?!  Do you think the government said “make sure the road cuts through here because it’s the most beautiful spot to photograph”? 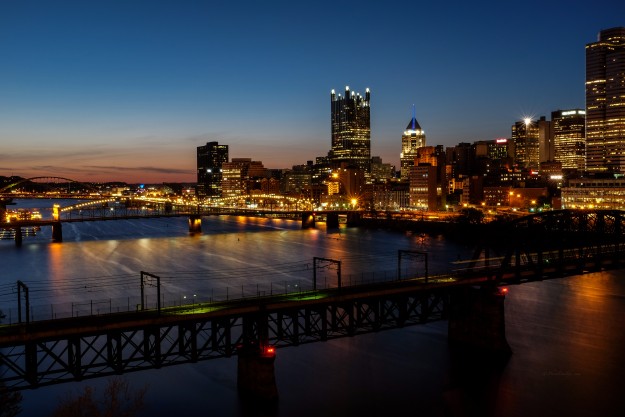 One of my favorite shots of Pittsburgh, I had to enlist a friend to drop me off on a bridge that was closed to pedestrians and drive around for a half an hour until I called him to come pick me back up after I got a dozen or so shots as the sun went down.  My goal was to get a unique view of the city rather than a repeat of the numerous photos from the same places.

Tips To Help You Persevere

Depending on the type of photo you are after there are a lot of different ways to help you go the extra mile.  Preparation is key, not only to get the great shots but to stay healthy while doing it.

I like to keep a small handheld GPS device to mark spots I’d like to return to when I hike or am in unfamiliar territory.  This has come in especially handy when I’m outside of the US and don’t have phone service to use Google Maps.  If you are in the US the handheld GPS is still more accurate than your cell phone.  The GPS device can work to get you back to your car also, you should mark it before you hike into areas you aren’t familiar with… don’t use bread crumbs, just ask Hansel and Gretel how that worked out.

Always look at the forecast, some parts of the world can change drastically in seconds.  Out west you could be hiking next to a creek and next thing you know there is a flash flood sweeping you under from a storm that is miles away.  Always stay aware, pull your eye away from the viewfinder and look around between shots.  Bears will eat you if you don’t.

Put a first aid kit in your camera bag.  For longer hikes you should have matches, fishing line and hook, knife, emergency blanket, and some sort of radio or phone.  Always tell someone where you’ll be and let them know if your plans change.

Dress for the weather, if it’s warm before the sun sets be aware that temperature can drop significantly when the sun goes down.  This all sounds like common sense but you’d be surprised how often I see people shivering with their cameras after the sun has set.

As always, exercise good judgement and do your research.  Be aware of the risks associated with the area you are in.  In the wilderness you’ve got mother nature and wildlife (bears, wolves, etc.) to watch for but in urban areas things can be just as dangerous if not more.  Be aware of your surroundings at all time and photograph with a friend when you can.

How about it?  Do you have any great shots you captured off the beaten trail?  What’s the hardest you’ve worked to get a shot?  Share with us using the Submit an Article link.  Good luck!

Written By
John Barbiaux
More from John Barbiaux
Well, I made it almost an entire decade with the same trusty...
Read More
0 replies on “What Makes A Great Photographer?”