There is a balance camera manufacturers are trying to find, you can’t make a camera to small because photographers worry their clients won’t take them seriously but you can’t make it big and heavy because you want to appeal to the photo enthusiasts out there whose numbers are growing exponentially year after year.  So has Sony found the secret sauce?  They’ve packed a full frame sensor into a camera about the same size as the Olympus OM-D E-M1

but not as aesthetically pleasing.  There are two versions of the camera, the Sony 24.3 MP a7

, the primary difference is the number of mega pixels each camera has and the lack of a low-pass filter on the a7R. 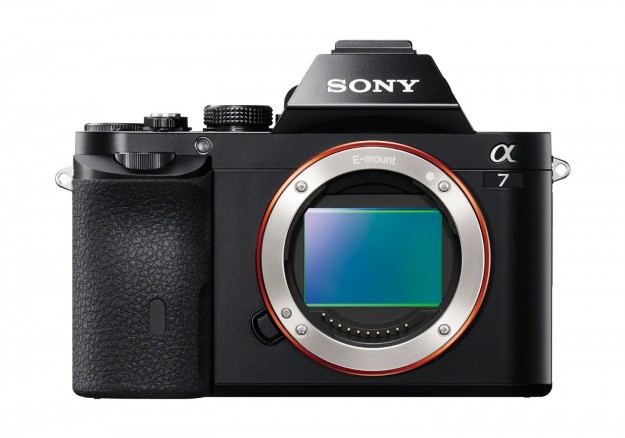 The a7 is probably enough camera for the vast majority of photographers out there as the a7R will throw a wrench in your post processing speed with its whopping 36.3 MP.  On the plus side, the a7R sensor ditches it’s low-pass filter in an attempt to squeeze every ounce of sharpness out of your images.

One of my favorite specs is the electronic viewfinder which, as you know I’ve said before, will be on every camera within the next five years.  The EVF is super sharp at 2.4 million dots, and 0.71x magnification.

There were also five lenses and a battery grip announced at the same time, Sony would like to have 15 FE mount lenses available by the end of 2015.  Not all of the lenses will be available at launch and will likely be rolled out one by one over the next few months or so.  The 24-70mm F4 Carl Zeiss OSS (release February 2014), 70-200mm F4 Sony G OSS, 35mm F2.8 Carl Zeiss (available December 2013), and the 55mm F1.8 Carl Zeiss (available January 2014).  The battery grip will be released December 1st and can be pre-ordered from Amazon by clicking here (it will cost you $298).

Due to the full frame within the camera the only lenses that will take advantage of this without cropping your scenes are the new Sony FE series lenses.  The E mount lenses will physically fit on the camera but will crop your images because they are made for cameras with an APS-C sensor.

If you’re looking for a full frame sensor in a camera small enough to fit into the palm of your hand then you should take a look at the a7.  If you are looking for a pretty camera that all your friends will envy then the a7 may not be your silver bullet.

So what do you think?  Will Sony pry your hard-earned money from the depths of your checking account or will you go with another contender?

Written By
John Barbiaux
More from John Barbiaux
While visiting Kaua’i you can’t help but notice the plethora of roosters...
Read More
0 replies on “Sony a7 and a7R Make a Splash”