I’d like to preface this with the warning that I’m not telling you one format or the other is the only one that should be used.  To be honest, I find it humorous when photographers tell me “I only shoot in RAW,” when it’s just as easy to shoot JPEG + RAW and the cost of a 32GB SD card is only $24.  There are advantages and disadvantages to using either format and you can selectively download the RAW files of the images you need to do a lot of work on or use the smaller less processor hungry JPEG files for the images that don’t need much work (saving time and hard drive space).

First you must know what a RAW file is in comparison to a JPEG, a RAW file is in essence a digital negative.  They call it a digital negative because it comes out of the camera with very minimal processing and retains all the information the camera sensor recorded when your little finger pressed the shutter button.  Generally a RAW file has a wider dynamic range and color gamut than a JPEG.  Further, a JPEG is usually what you get after you’ve processed your RAW file and recovered the detail you wanted from the unedited image file (assuming you didn’t take the initial shot in JPEG format).

A JPEG, also know as lossy compression, is an image file that has been compressed and generally more processed within your camera according to the specific cameras parameters (more contrast, saturation, etc.).

Shooting using JPEG is a quick and easy way to take photographs and upload them to the internet with minimal processing (and sometimes no processing).  Nine times out of ten when you read SOC underneath a photograph on the internet you are usually looking at a JPEG file that came straight out of the camera (soc) without being processed.

The largest difference between the two, when it comes to post processing, is the amount of detail or information that the image file retains.  If the RAW file has more data, and it does, then you are able to pull more data out of things like shadows and highlights where a JPEG has compressed and lost some of the data therefore you are unable to get as much detail and end up with shadows and highlights that are unrecoverable.

Below is the before, between, and after of a processed JPEG that did not retain enough data to get a really useful image.  This is an example of an image I really wish I’d have taken in RAW format.

SOC – Straight out of Camera JPEG 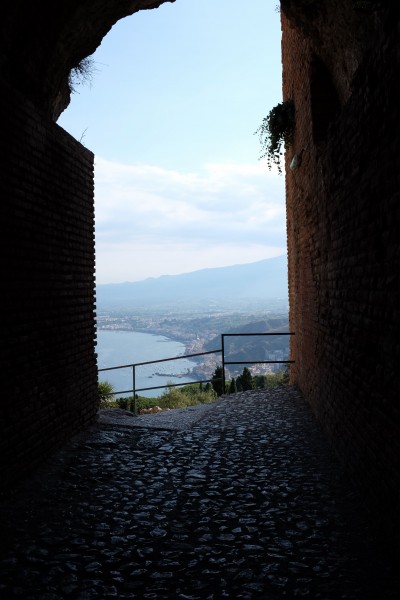 This is a perfect example of an image that needs processed to pull detail out of the shadows and highlights.

Partially processed and pushing the limits. 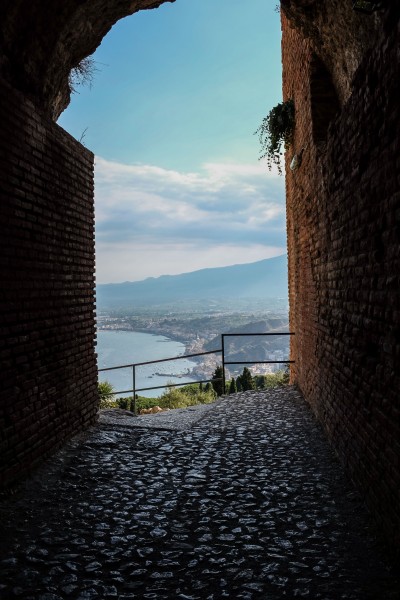 Above is the same image processed as far as I could before the image degraded due to the limited data retained in the JPEG file format, it’s really pushing the limits and you can start to see imperfections in the sky due to “over” processing. 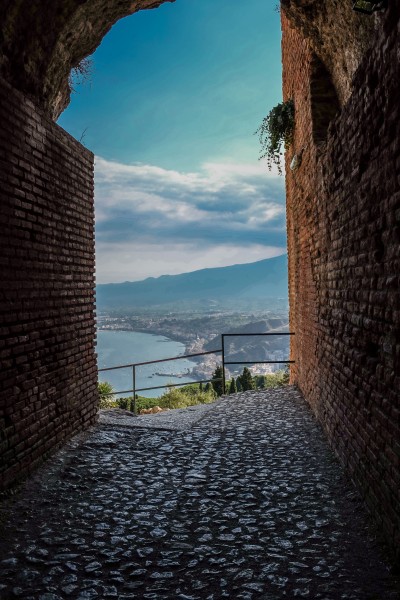 Finally, this is the same image pushed beyond the limits of a JPEG file.  The sky is really showing the effects of the limited data retained in the file (not enough data to pull decent data from the highlights).

The shot above is a difficult shot whether you are using a RAW or JPEG format, shooting from a dark area into a bright background can push even the best image sensors out there.  Generally I’d recommend exposing for one or the other (the shadowed area or the bright area, outside in the image above) if you are using JPEG format because you’d have to be Harry Potter to pull an adequate amount of data out of both the dark and highlights area after the image has been substantially compressed.  The image above is on the extreme end of the JPEG processing scale but I wanted to show you some limitations you might run up against when shooting primarily in JPEG format.

With the cost of SD cards going down every year you’d be hard pressed to come up with an excuse why you don’t shoot at least in RAW + JPEG format.  You can get a 32GB class 10 SD card

Below you’ll find two shots taken towards the sun with some highlight and shadow issues, one is JPEG and one is RAW.  I’ll show you the subtle differences between the two in regards to the ability to post process them. 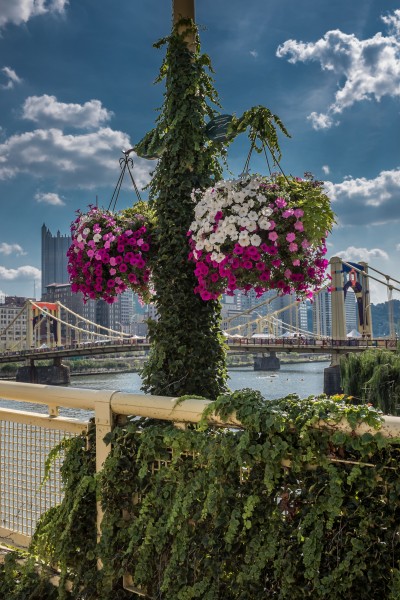 For comparison purposes both images were pushed to their very limits in processing to bring out the shadows in the foliage as well as the deep blue sky. 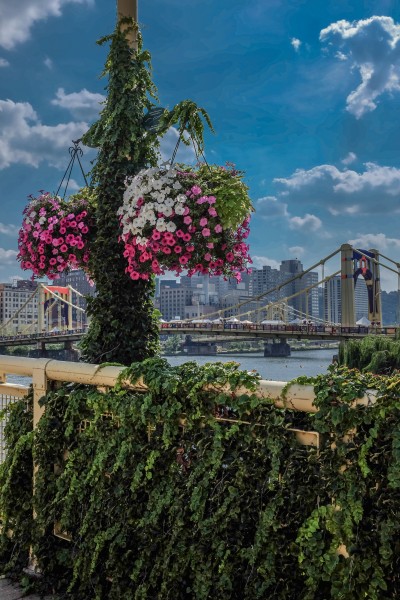 The JPEG image has been pushed to the same limits as the RAW but the image quality has degraded substantially and renders the image unusable.  Using the Shadow slider in Lightroom 4 to bring out some details lost within the shadows of the foliage I was only able to get the detail you see above at 100% while the RAW file is at 97% and recovered a perceivable difference (increase) in detail. 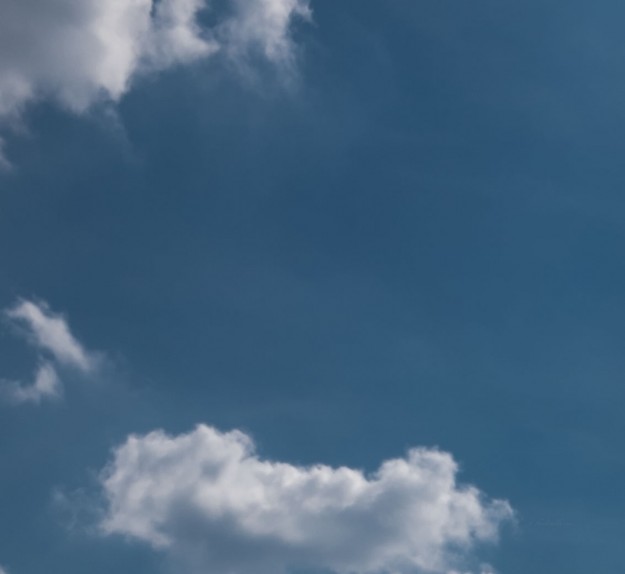 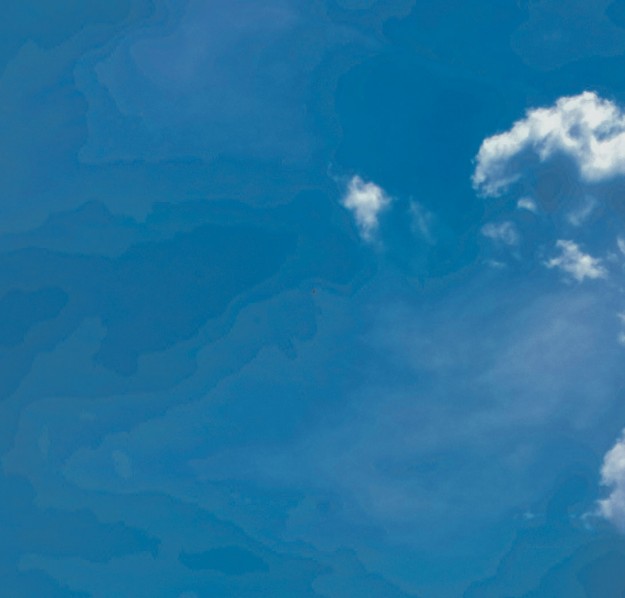 The RAW file is obviously the better looking of the two, retaining more detail and achieving darker blues and just generally more flexible to work with because of the larger amount of data to work with. 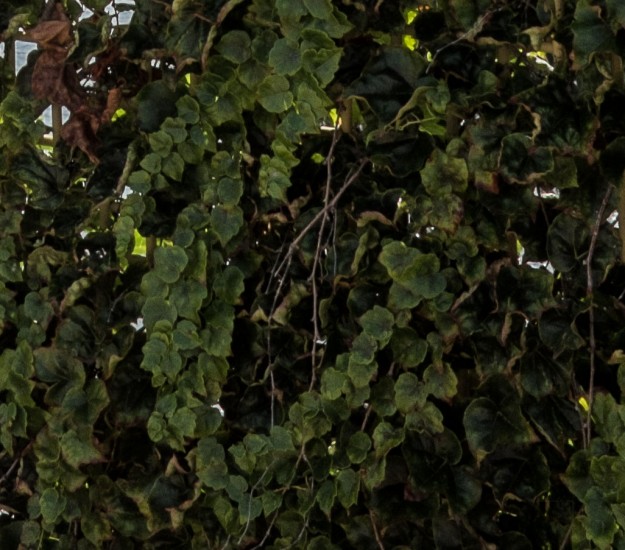 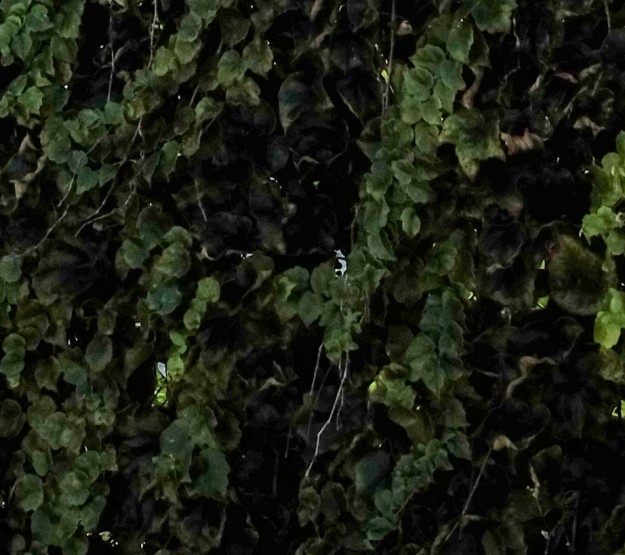 Not much to be said here, the detail recovered in from the shadows in the RAW file are greater than what was able to be recovered from the JPEG.  The noise was not adjusted on either image so I won’t focus on that but for you pixel peepers out there you will notice the detail is better in the RAW image.

I’d be lying if I told you RAW wasn’t the better choice when it comes down to flexibility in post processing and image quality.  But I’d also be lying if I told you JPEG files didn’t have a place in your workflow.  One thing I’ve learned over the years is to shoot in JPEG + RAW in case I capture an image that is stunning but needs a little extra processing that a JPEG file would not afford me.  For those of you that don’t want to spare the extra space on your SD card I’d recommend shooting JPEG while playing around (family events, day trips, etc.) and shooting RAW for rarer events like trips across the country/world or unique events (and professional work).

The RAW vs. JPEG argument is a passionate one between photographers and it’s important you know the difference and avoid the debates (you could be using your camera instead of bickering).  If you know the difference you can choose when to use either format and not worry about what others believe you should be doing.  Go out and enjoy yourselves.

Written By
John Barbiaux
More from John Barbiaux
Learn how to capture professional images in and around Pittsburgh.  Whether you’re...
Read More
0 replies on “JPEG VS. RAW Post Processing Visual Comparison”