Photos and Story by Sharanya Ramprakash 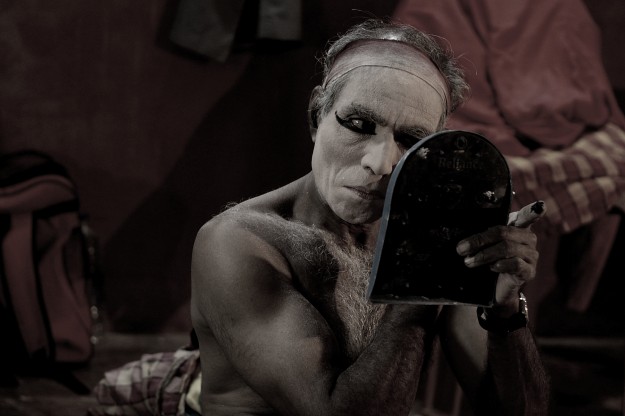 “Yakshagana” – is an ancient dance drama tradition of rural districts of South & North Canara regions of Karnataka, India.  The word ‘Yakshagana’ is an amalgam of the sky with the earth.  It tells stories of Indian legends and Gods in a performance that begins at 6 pm and ends at the break of dawn and the whole village gathers to watch this play unfold.  There is mystery and robustness about this form in which singing and drumming merge with dancing and words with gestural interpretation.  All the players are clad in costumes of striking color and contours in this engaging folk art, rich in expression and mystical significance.  This form is a cherished cultural possession of the coastal districts of Karnataka.

This series of photographs were taken at the Idagunji Mahaganapathi Yakshagana Mandali in Gunvanthe, Udupi district in a performance of ‘KamsaVadhe’ – where Lord Krishna vanquishes his evil uncle, Kamsa.  The photos give you a glimpse of the backstage where the veterans and novice players put on their make-up – the male dancer wears his ‘Streevesha’ (woman’s disguise/costume) – and one with the main players of the drama performing on stage. 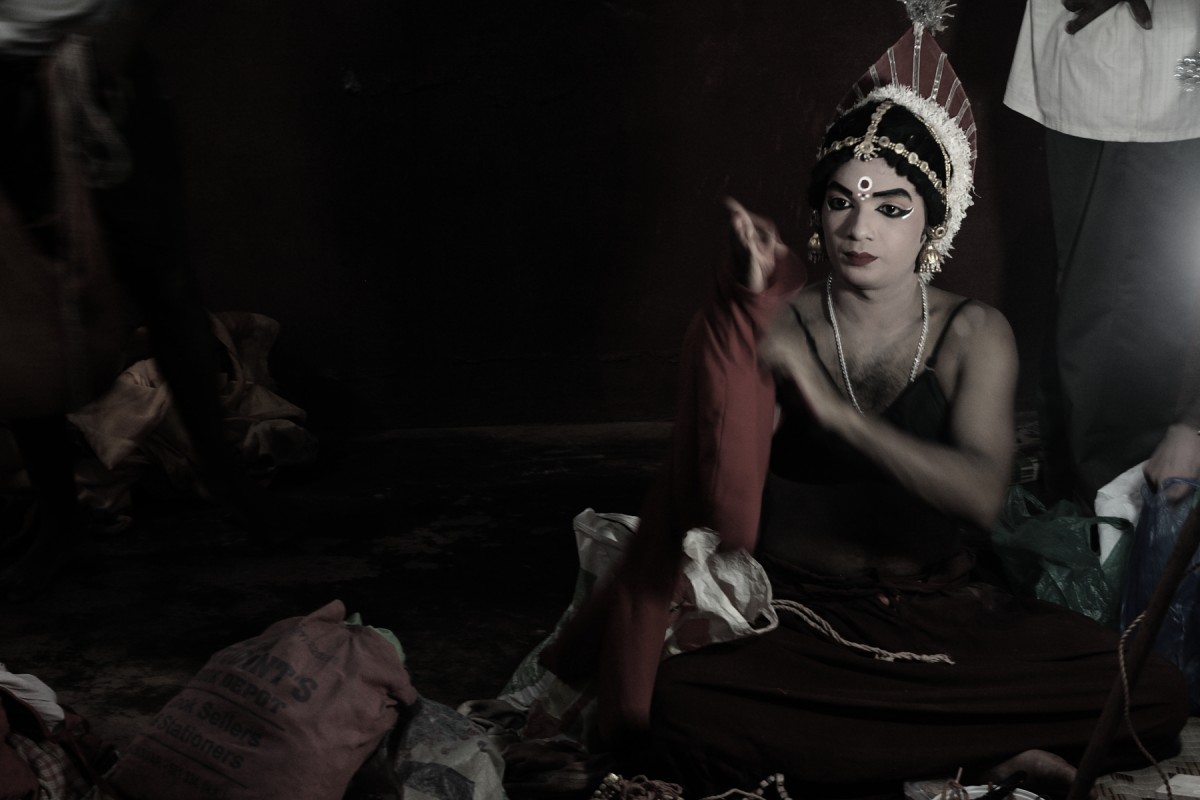 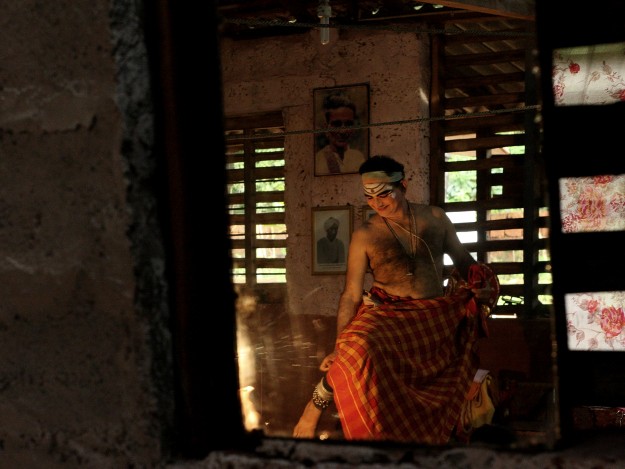 Have you got a great story to tell and the photographs to go with it?  Win $300 cash with your photo story by submitting it here.