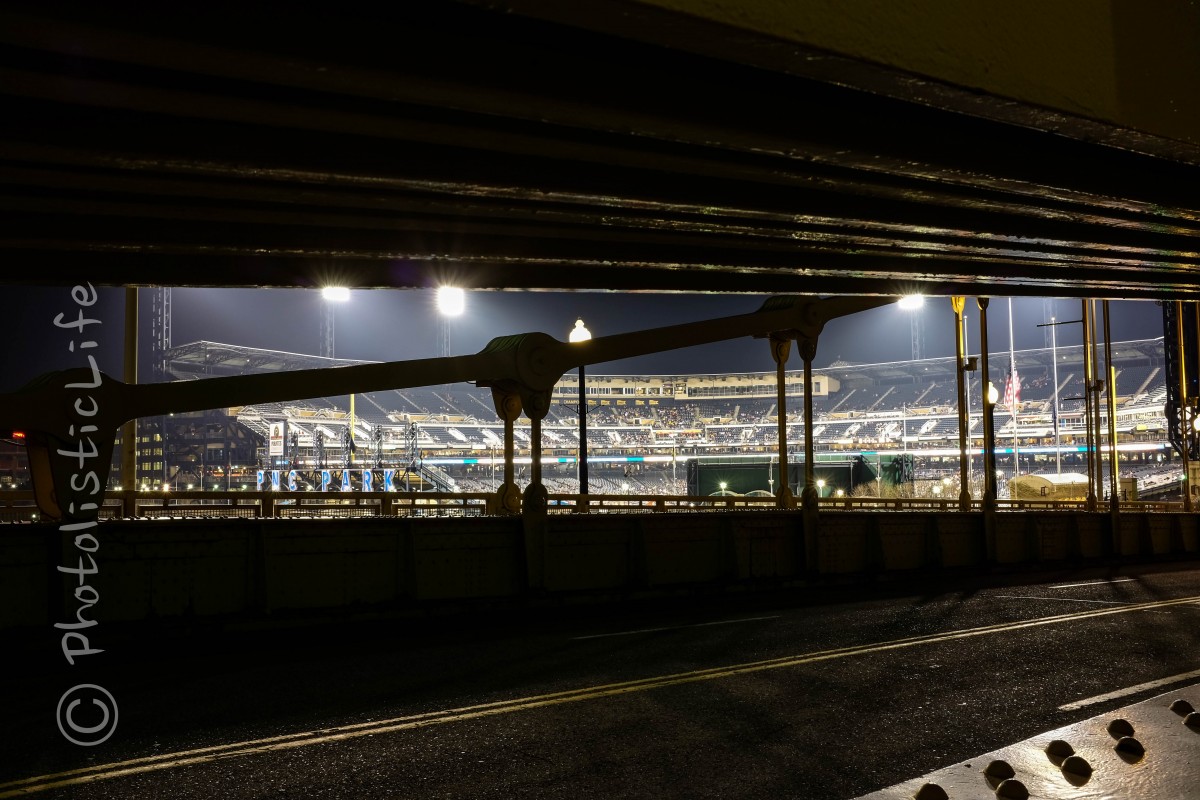 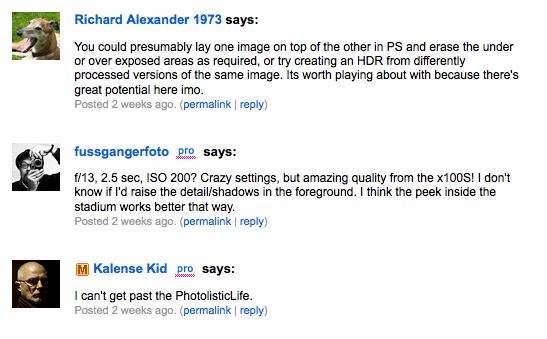 There are a number of ways to get some feedback on your photography.  Facebook, emailing friends, family, and of course Flickr.  Flickr is probably the best and worse way.  Family, friends, and Facebook are typically terrible.  You aren’t likely to get a message from a family member or friend telling you “hey, saw your photo you posted and wanted to tell you the white balance is off, the background looks noisy, and I find it generally bland… We still on for dinner Saturday?”  even if that’s the truth.

You’ve got to have tough skin if you want to put a photograph out there and get honest feedback about the quality of your photography, especially if you are using Flickr where people can hide behind the anonymity of a screen name and being on the other side of the globe.  If you’d like to see what others think of your photography and you don’t want them to hold any punches then Flickr is your best bet.

If you’ve already got a Flickr account then getting your photographs critiqued is as simple as joining one of the many critique groups.  Just enter the word critique into the search box and then click on “groups”.  This will bring up a number of groups with all sorts of different rules.  Make sure you review the group and read the rules before joining the group.  You don’t want to join a group that seems like no one moderates it or you’ll get every Tom, Dick, and Harry ridiculing you because it makes them feel good (you’ll still get a few in the good groups but not nearly as many).  Try to find a group that requires its members to have their photographs critiqued before they can comment on others.  This avoids the “trolls” from giving negative feedback to everyone for the fun of it.

You can’t please everyone.  You could post an award-winning photograph in any critique group and you’ll get a few people who tell you they don’t like it or it’s got poor composition.  That is the point of the group so you’ll have to get used to it.  Just because Samphotonut says your photograph is crap doesn’t mean that it is crap.  This is where you’ll have to have thick skin.  Just remember that when you join a group called “Critique” people are going to critique your photograph.  You are basically asking them to nit pick and find anything wrong they can.  You won’t improve much if everyone tells you that every photograph you take is stellar.

If you use watermarks be prepared for a few folks to tell you it ruins your picture or they can’t get past the watermark.  My answer to this is usually “it’s Flickr, not the Louvre”.  There are a number of reasons to use a watermark, one of which is to let people know that you’d rather them not steal your photograph.  Sure, they could crop it out or take a few minutes and erase it but at least you’ve warned them that it’s yours and if you find them using it you will go after them (in court, not physically).  Others, like myself, use a watermark to advertise their business.  Nine times out of ten, the people who get on you about the watermark on your image are the few people who don’t actually post their own images and just like to leave negative comments that are not constructive.

Be prepared for people to ask you what you were trying to achieve when you took the photograph.  I am from the school of thought that you shouldn’t have to tell your photographs story but now I understand where they are coming from.  You shouldn’t have to tell your story, unless you want someone to critique it.  If you tell them what you were trying to capture they can give you an idea if you achieved your goal or if something takes away from it.  I suppose it’s alright to forget my “If you have to tell your photographs story then you did it wrong” while using the critique groups on Flickr.

Generally, I’ve found groups like these to be very helpful and teach me to look critically at my photography and be more selective about the shots I take.  Most of the people in these groups are looking for the same thing you are and are respectful so don’t quit if you get a few people who are angry at the world and decide to take it out on your photographs.  Give a group like http://www.flickr.com/groups/critique/ a shot and improve your photography.

Written By
John Barbiaux
More from John Barbiaux
Each time I find an interesting subject I consider how best to...
Read More
0 replies on “Using Flickr to Critique Your Photography”