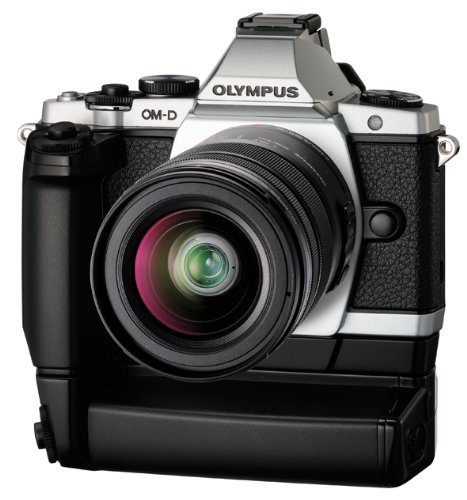 Get a Grip on Your Photography

Battery grips are not grips for your camera made out of a bunch of AA batteries glued together.  It’s a grip that houses an extra battery, giving you twice the amount of power, and gives you more to hang onto while photographing (specifically in portrait mode/holding the camera sideways).  Most battery grips also have a couple of extra, programmable, function buttons as well as another shutter release to make life a little easier.  So should you own one?

“if you don’t own a really great lens then buying a battery grip for your camera is a lot like buying racing tires for your family van, it just doesn’t make sense.”

I wrestled for the better part of a year on whether I should get a battery grip for my camera or shoot all natural.  I finally came to the conclusion that if you don’t own a really great lens then buying a battery grip for your camera is a lot like buying racing tires for your family van, it just doesn’t make sense.  So, I decided that I would hold off on the grip until I bought myself the best lens I could afford.  (I ended up getting the Panasonic 12-35mm f2.8 for my OMD and for the Nikon D600 it was the 70-200mm f/4 that was just released.)

After the dust had settled, and my bank accounts forgave me, I decided to give a battery grip a try.  I found that after using the D600 the OMD just felt small and unstable in my hands (I don’t have large hands either!).  Whether you end up getting a battery grip is going to depend heavily on how comfortable your camera sits in your hands and your desire for extra versatility.

Initially I thought I would probably only use the grip once in a while and then sell it on Craigslist with the rest of my bad decisions.  Fortunately, this was not the case.  The battery grip does not come off my camera (except to charge the battery in the camera’s body), it’s as if the camera should have been built this way from the start.  I hardly use my camera strap because I feel as though I have a firm grip on my camera.  This was not always the case with the OMD, the Nikon on the other hand has a pretty great grip even without the battery grip.  I’m a believer in the battery grip, I love the added security of a good grip and the extra heft makes me feel like my camera won’t blow out of my hands when the wind picks up.

I’ve found three main reasons to own a battery grip:

The main reasons some may disagree:

At the end of the day it’s purely a comfort and preference decision for you, I just recommend you give it a try before you dismiss it.  Ask a friend who owns one to lend you their camera or buy one off of Amazon and then return it before the 30 day grace period is up if you so choose.  Either way, you’ll never know for sure unless you try.

Here are some quick shots I took with my phone to show the OMD with the battery grip:

Written By
John Barbiaux
More from John Barbiaux
The wonders of the Grand Canyon cannot be adequately represented in symbols...
Read More
0 replies on “DSLRs and Battery Grips”