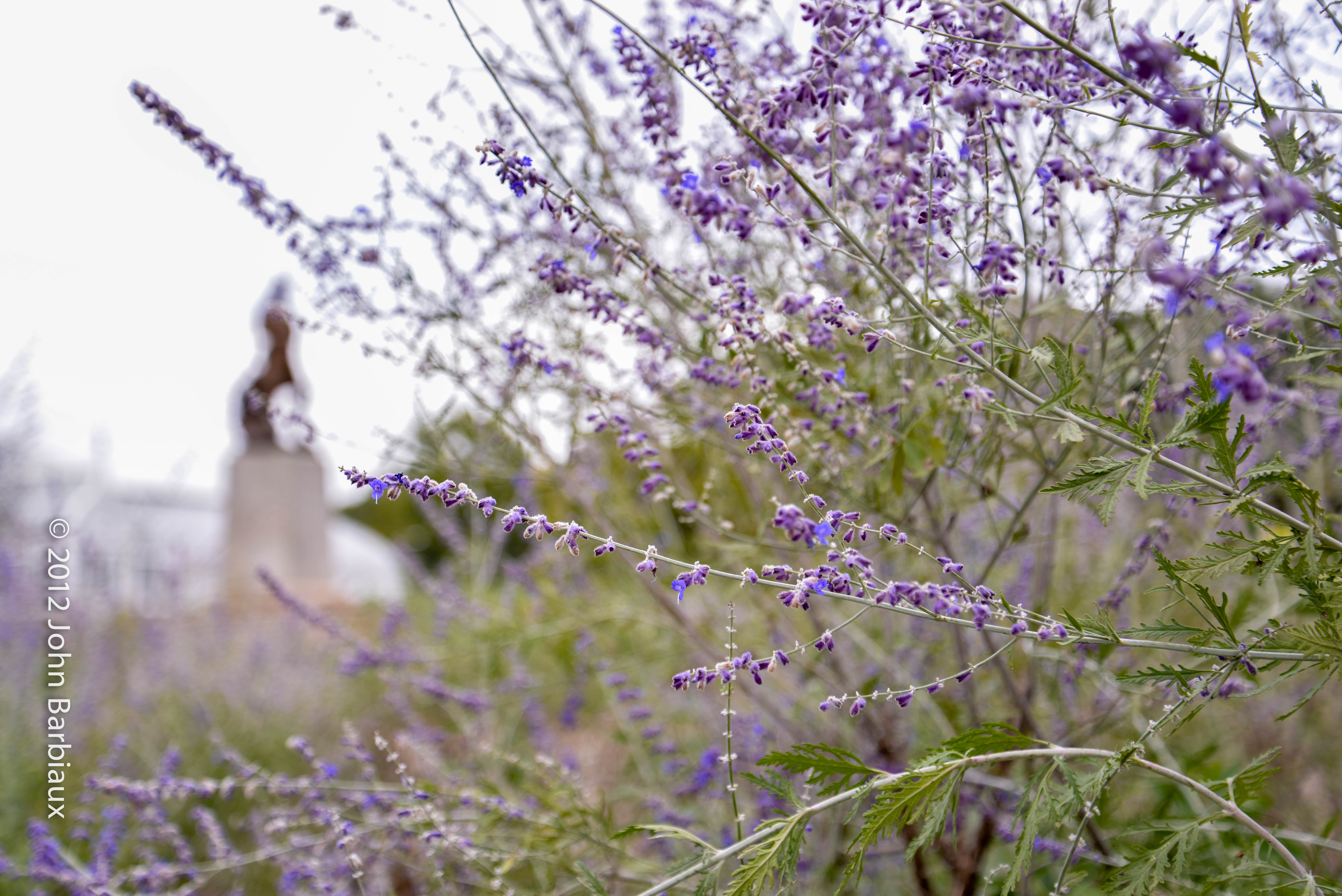 The Photo Journal is where we will feature one of your (the readers’) photos each day. Whoever has the most interesting or different photo each day will be featured on the site and praised like the amazing photogenius you are.


While walking around the Phipps Conservatory in Pittsburgh I came across these purple flowers with a statue in the background and thought the composition would look pretty cool.  I opened the aperture (lower number) to f4.2 to throw the background out of focus but not so much that someone didn’t know there was a statue behind them.  I’d love to be able to tell you what the statue was of, but the best I can do is tell you it’s some guy with what looks to be a plow of some sort.  It’s not Johnny Appleseed, that I know.

So who is next? Include your name, where you shot the picture, what the picture is of, and why you took it.

Do not copy, distribute or otherwise use the images on this site. Images are property of the photographers who submit them.

Written By
John Barbiaux
More from John Barbiaux
Take the following with a grain of salt, it’s meant to be...
Read More
0 replies on “Photo Journal”